This is a Russian priest sprinkling holy water on the central bank's servers in an attempt to stop the fall of ruble. 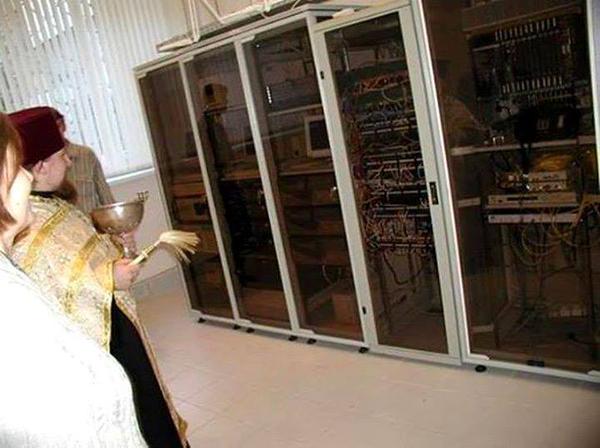 Are Russia's central bank's servers being sprinkled with holy water by a Russian priest in this photo?

The photo is from a 2013 Facebook post; the author states that the pictures were taken at the 2001 opening of the Russian server/payment company Rapida. Judging from the context, the servers/switches were treated as part of a large-scale whole-office holy sprinkling.

Also, I hope as hell the racks were watertight.

Not the answer you're looking for? Browse other questions tagged russia christianity .