Did the "Russian Sleep Experiment" happen?

While talking about scary things and war, my girlfriend acted surprised when she found that I don't know what "Nikolayev gas" is. When I opened up wikipedia and didn't find anything she told me that it doesn't matter, that I can find it on blogs. So I did.

[Note: The text and images behind the links below contain horror themes, and may be disturbing to some readers.]

The story of the "Russian Sleep Experiment" appears on a number of websites, including russiansleepexperiment.com, creepypasta.com and 4chan forums.

Soviet researchers from the late 1940s kept five people awake for fifteen days using an experimental gas structured stimulant. This was in term called “The Russian Sleep Experiment” They were kept in a sealed environment to carefully observe their oxygen intake so the Nikolayev gas didn’t kill them, since it was toxic in large concentrations. This has been before the existence of closed circuit cameras therefore they had only microphones and 5 inch thick glass porthole sized windows into the holding chamber to monitor and keep track of them. The holding chamber was stocked with various publications, cots to sleep on but no bedding, running water and toilet, and adequate dried food to last all five for upwards of a month.

While it appears to be a fictional horror story, which I find ridiculous and unrealistic, and yet there appear to be many people who believe it (such as my girlfriend, and commenters on the forums). The name of the original author is not published.

There is a disturbing manipulated image (also pops up on appropriate google search keys) that often appears along with the story as it is republished. I'm not sure where exactly it joined the story (which doesn't speak of any images and which describes different visual appearance than the one image depicts).

Is this story true? If (as I expect) it is not true, are the original sources of the story and image available?

The abdominal organs below the ribcage of all four test subjects had been removed. While the heart, lungs and diaphragm remained in place, the skin and most of the muscles attached to the ribs had been ripped off, exposing the lungs through the ribcage. All the blood vessels and organs remained intact, they had just been taken out and laid on the floor, fanning out around the eviscerated but still living bodies of the subjects. The digestive tract of all four could be seen to be working, digesting food. It quickly became apparent that what they were digesting was their own flesh that they had ripped off and eaten over the course of days.

Here is a picture of the major arteries and veins in the abdomen (from Encyclopaedia Britannica): 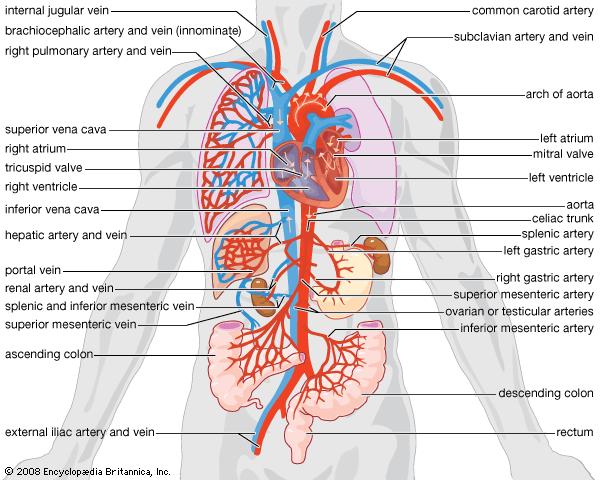 Parts of the human circulatory system that highlight arterial supply and venous drainage of the organs.

I expect you can see that it's not possible to remove organs without cutting arteries; and that common knowledge will tell you (i.e. I don't need to reference the fact that) it would not be possible for the body nor for the organs to live for several days after severing blood vessels like the hepatic artery and vein.

The surgeon presiding stated repeatedly that it should be medically possible for the patient to still be alive.

Not the answer you're looking for? Browse other questions tagged world-war-ii russia experiments .

23
Is this a declassified photo?

48
Did Benjamin Franklin perform an experiment by flying a kite in a lightning storm?
50
Did a Russian Orthodox priest sprinkle holy water on Russia's Central Bank's servers?
4
Does the average Russian drink 250mL of vodka a day?
1
Did a Russian Judge meet with Supreme Court Justice Souter?
18
Were the "DNC leak" emails stolen by the Russian government?
5
Are Russian Twitter trolls exploiting the (Feb 2018) Florida school shooting?
46
Did the study mentioned by "The virginity fraud" TEDx Talk happen?
4
Did British journalists keep silent about Russian defections to Germany in WW2?