Moses film attacked on Twitter for all white cast. Since when are Egyptians not white? All I know are.

Do modern-day Egyptian people, such as the ones Murdoch claims to know, look like what white people look like?

Did Egyptian people from biblical times (the time at which the exodus is supposed to have happened) look like what white people look like?

Please let me start with a small rant. This tweet is, in my opinion, outright ignorant and quite distasteful:

I find that the question of whether any given ethnic group is white or not lacks any scientific merit or any merit actually. The demarcation line between races seems to move rather freely depending on which point one tries to make. Some whites are rather dark skinned and some non-whites have fair skin.

So back to Egyptians, here is a small sample of Egyptian phenotype. 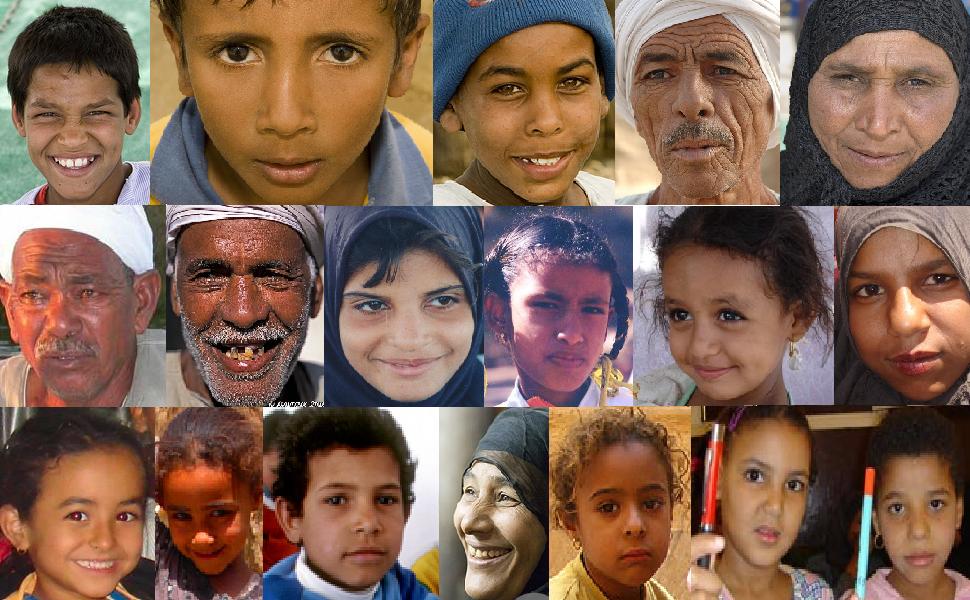 In general, various DNA studies have found that the gene frequencies of modern North African populations are intermediate between those of the Horn of Africa and Eurasia, though possessing a greater genetic affinity with the populations of Eurasia than they do with Africa. The present population of the Sahara is Caucasoid in the extreme north, with a fairly gradual increase of Negroid component as one goes south.

Definition of Race Categories Used in the US 2010 Census:

“White” refers to a person having origins in any of the original peoples of Europe, the Middle East, or North Africa. It includes people who indicated their race(s) as “White” or reported entries such as Irish, German, Italian, Lebanese, Arab, Moroccan, or Caucasian.

The race and ethnicity of Ancient Egyptians has been a controversial topic for a while, again Wikipedia gives a good summary with sources.

It is now largely agreed that Dynastic Egyptians were indigenous to the Nile area. ... In addition, peoples from the Middle East entered the Nile Valley

Stuart Tyson Smith writes in the 2001 Oxford Encyclopedia of Ancient Egypt that "Any characterization of race of the ancient Egyptians depends on modern cultural definitions, not on scientific study. Thus, by modern American standards it is reasonable to characterize the Egyptians as 'black', while acknowledging the scientific evidence for the physical diversity of Africans.”

Now back to the Exodus movie. Regardless of the specific skin tone of Ancient Egyptians, actors of Western European descent bear little resemblance to the actual features of current-day people of that region.

There are three ways of currently trying to define what skin color ancient Egyptians had: History records, DNA and language. All three seem to agree on Egyptians having a darker complexion, however the exact skin color - like it happens with almost any person - is impossible and useless to define in a white-black dichotomy. The conclusion in this answer is absolutely correct, we are using modern cultural definitions where scientific evidence might not be conclusive (or relevant).

What Egyptians said about themselves:

What the DNA says:

"There is no scientific reason to believe that the primary ancestors of the Egyptian population emerged and evolved outside of northeast Africa.... The basic overall genetic profile of the modern population is consistent with the diversity of ancient populations that would have been indigenous to northeastern Africa and subject to the range of evolutionary influences over time, although researchers vary in the details of their explanations of those influences.

What the language says:

That language came to Egypt from Ethiopia about 12,000 years ago. However, the term is not exclusive to the modern country of Ethiopia. According to early Greek writers, Ethiopia was an empire originally situated between Ta-Seti in Lower Kemet and the confluence of the White and Blue Niles.

Claudius Ptolemy (90 - 168 AD), a Roman citizen who lived in Alexandria, used "Ethiopia" as a racial term. In his Tetrabiblos: Or Quadripartite, he tried to explain the physical characteristics of people around the world saying, "They are consequently black in complexion, and have thick and curled hair...and they are called by the common name of Aethiopians."

Modern Egyptians have been depicted in a different answer above.

Ancient Egyptians have been depicted on temple walls, tombs and in other archaeological sites in Egypt. These depictions consistently show the Egyptians as having a tan complexion, straight black hair and black eyes. Examples of this can be found in Rickerby, Stephen. "Original painting techniques and materials used in the tomb of Nefertari." Art and Eternity: The Nefertari Wall Paintings Conservation Project, 1986–1992 (1993): 43-53. This paper shows extensive examples of Egyptian wall paintings and discusses the pigments and colorations involved. Here is a naturalistic fresco from an early New Kingdom tomb: 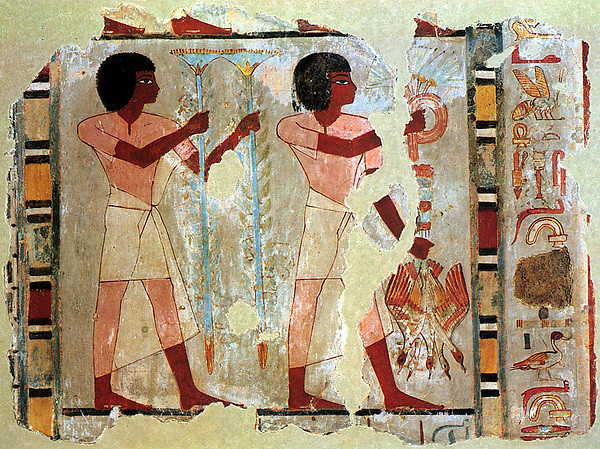 The ruling class in Egypt from which Ramesses presumably originated may have differed from the common people and been somewhat lighter in skin, but still tan. The mummies from the New Kingdom suggest a relatively light skinned complexion for the Pharoahs. Interestingly enough the statues depicting the same pharoahs look like conventional Egyptians and do not resemble their mummies. The reason for this is unknown. For scholarship on this subject, see for example: Harris, J. E. and Hussien, F. (1991), The identification of the Eighteenth Dynasty royal mummies; a biological perspective. Int. J. Osteoarchaeol., 1: 235–239.

Not the answer you're looking for? Browse other questions tagged race egypt .

61
Can black people, on average, jump higher than white people?
4
Did ancient people have flying vehicles?
32
Did the Ancient Egyptians use twenty-sided dice?
13
Does majority-white and majority-republican Owsley county have the highest SNAP usage?
25
Are white people more likely to commit mass murder in the United States?
20
Is it true that 4th century Christians "destroyed all they could reach of ancient learning"?
8
Are "young white boys... educationally underprivileged"?
22
Did 120,000 Egyptians die building the Suez Canal?