Is this photo of a jet firing at MH17 a fake?

An image showing a jet firing at MH17 in the Ukraine has surfaced recently and was broadcast by the official Russian state news channel, Channel One Russia. 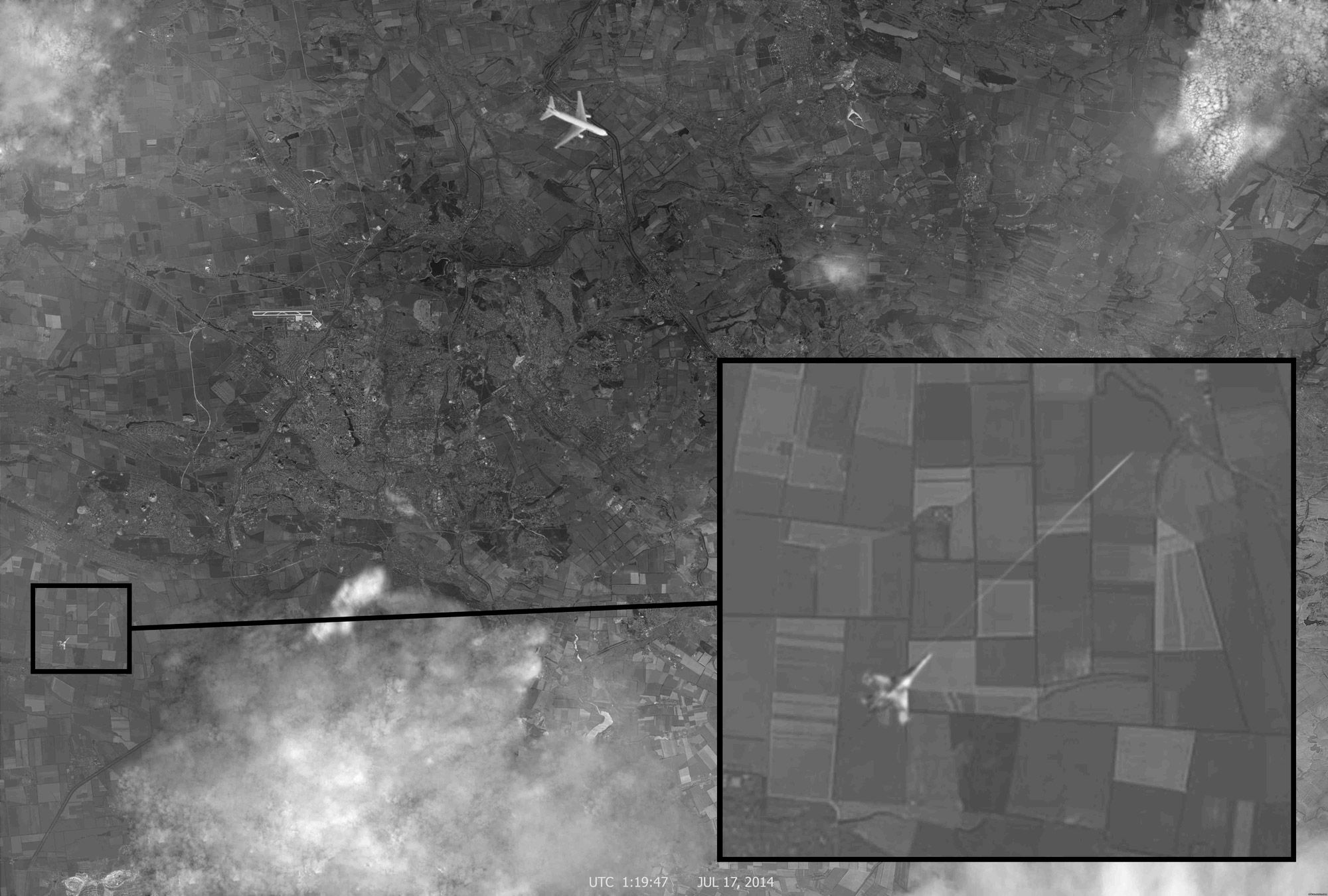 Could this image be real?

There's an analysis that claims the image is "geometrically impossible" but I'm finding the argument hard to follow. 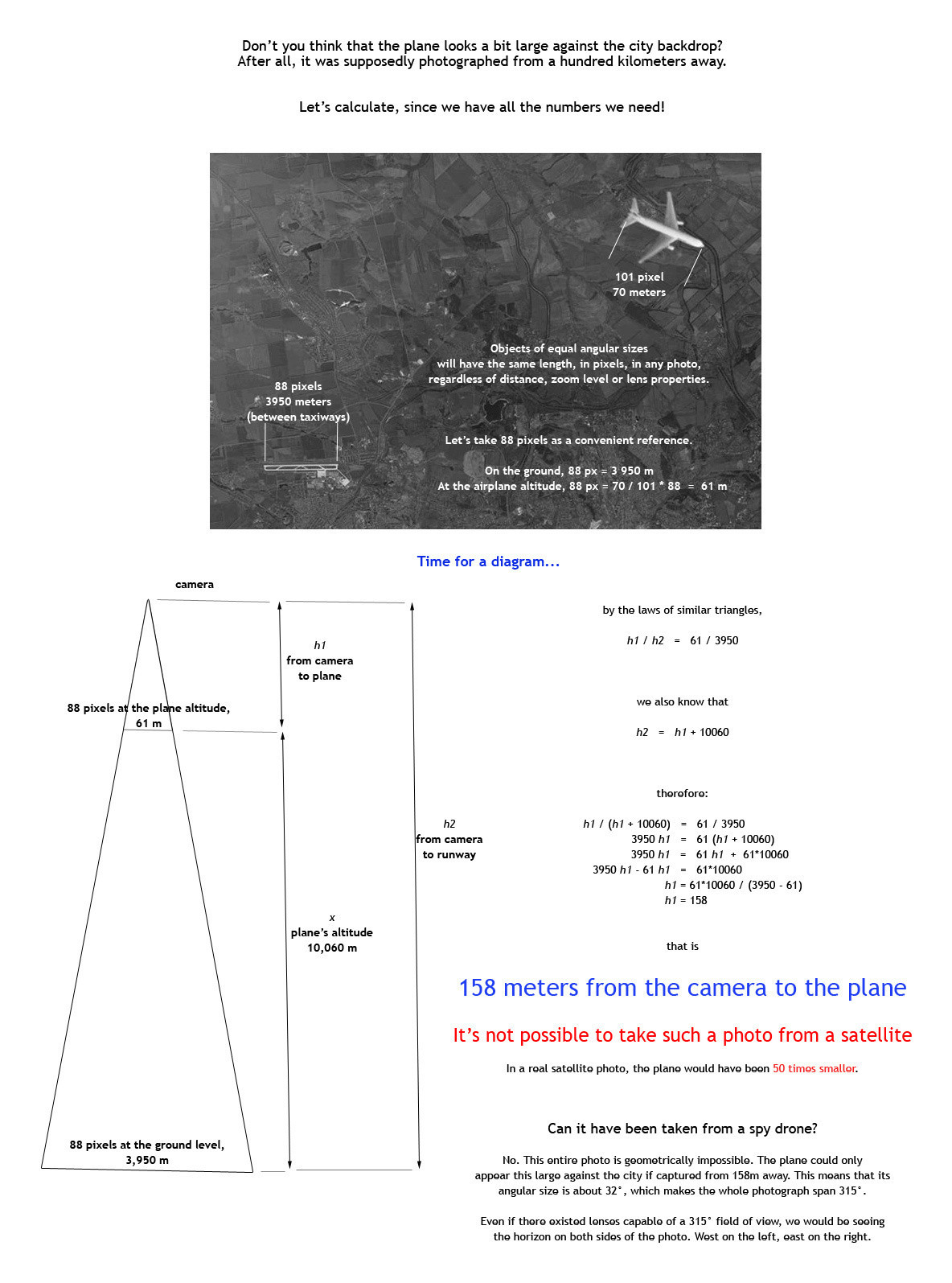 Is it really impossible that this image was taken by a drone? the whole business about the lens type, distance or zoom not mattering seems suspicious.

P.S. Theres also a russian version of this image: link.

Here's the BBC, one of the many news outlets reporting on this:

Several commentators pointed out that the "Malaysia" logo on the plane from the photograph was in the wrong place. Maksim Kats, a Russian blogger, said the plane in the picture looked like a slightly altered version of the one that tops the search results if you Google "Boeing view from above" in Russian. It also happens to be a publicity photo of a Boeing 767, not a 777, which was shot down over Ukraine in July.

Others noted that the fighter jet looked different from an Su-25 - the type which the Russian media had consistently claimed shot down MH17.

There were also claims that the shape of clouds in the satellite image proved that it actually came from a Google Earth photo of the area taken on 28 August 2012.

The consensus is that the image seems to be fake. You can also find a detailed report in English on the investigative site bellingcat, which also talks about the maps being stitched together:

Overlaying the image with known data points about the MH17 flight path and debris gives the following results, showing the aircraft in the picture off the reported course.

To explain the geometry in the OP.

Something that's half-way between the camera and the background will appear to be twice as big as the background. In the case of this picture the plane is about 60 times bigger than the city, so it's relatively very close.

Also we know how wide the plane is. If a big plane occupies only 25% of the picture when the camera is very close to the plane, that would imply that the picture had a huge field of view (315 degrees). For example, imagine an object that's one meter wide. Stand one meter in front of it. Now imagine taking a picture where the object only occupies 20% of the photo: to do that it would need to be panoramic.

Not the answer you're looking for? Browse other questions tagged russia ukraine mh17 .

10
Was the video about MH17 done the day before it crashed?
18
Was MH17 shot down?
7
Was the MH17 video taken in Ukraine-held territory?
12
Was MH17's flight path rerouted?
14
Was Aeroflot SU2074 intended target in MH17 shooting?
80
What is the origin of this photo of an unexploded bomb?
1
Is the woman in this interview the same one in this viral photo of the bombing of the Mariupol hospital?