Is it illegal to sell dolls that do not have human faces in France?

It is claimed that it is against the law to sell dolls that do not have human faces in France.

It is illegal to sell an ET doll in France. They have a law forbidding the sale of dolls that do not have human faces.

France, which is a country that is known for creating some of the most lovely porcelain dolls in the world, has a strict law involving the creation and sale of dolls. All over the country, it is illegal to sell dolls that do not have human faces. This means that if dolls have human bodies, their faces must also be easily recognized as humans. As a result, you will never see a doll in France that looks like an alien or other kind of non-human creature. No matter the shop, any dolls that are sold must have faces that are human.

Here's an ET doll being sold on a French web site: 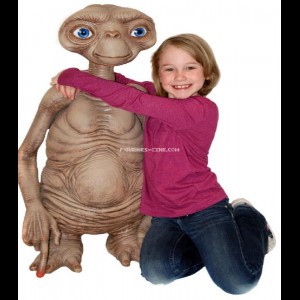 Maybe that doesn't cont as a "human" body, but whatever. I Googled for for poupee+stroumph and found them being sold on ebay.fr 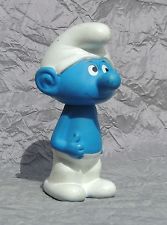 IMO this shows that if there is such a law, it's not enforced.

Good suggestion, A Monkey With a Gun. It prompted me to do some googling. The first thing I found was actually a Canadian proposal (http://www.parl.gc.ca/36/1/parlbus/chambus/house/bills/private/C-374/C-374_1/361282bF.html) for a law making it an offense to sell a doll (poupée) with the encouragment to have it suffer degrading treatment. The explanation (http://www.parl.gc.ca/36/1/parlbus/chambus/house/debates/220_1999-05-03/han220_1105-f.htm) mentions:

Why is the word 'doll' used in this proposal? It is because words have a meaning in our language. In french, the word 'doll' (poupée) means an object having a human form.

This seems to confirm your suspicion.

Then I checked Legifrance (http://www.legifrance.gouv.fr/html/index.html), which should contain all French laws. The search function only got me one law, the 'Arrêté 06 juillet 1995', listing movie titles, one of which was 'Maison de poupée' (Doll house).

Based on this, I do call bullshit, with the proviso that there may be a different regulationt that isn't law and/or isn't listed on Legifrance, or that the OP's source meant a different word (which would however be unlikely given the earlier Canadian quote).

I guess this is the best we can do at the moment, since it is hard to prove something doesn't exist. Maybe clairobscur, if he drops by, can enlighten us.

It suggests that perhaps there's a law which defines a doll as being "something with a human face".

The 3rd May 1999 edition of Hansard is where that legal definition was discussed in Canadian Parliament in French (in the context of a rejected law making it illegal to sell dolls towards which the buyers are encouraged to be cruel).

I confirm that my search for "poupée" on http://www.legifrance.gouv.fr/initRechTexte.do using "Rechercher ces mots parmi les mots du texte (depuis 1990)" returns nothing -- or more precisely it returns 31 hits, none of which are related to the alleged law in question.

Not the answer you're looking for? Browse other questions tagged law france .

21
Are there public laws dealing with extraterrestrial contact?
12
Is it illegal to sell used mattresses?
28
Do African countries have to pay a "colonial tax" to France?
15
Could you drive a tank through London and not have to pay the congestion fee?
5
Did Vichy France make shoes and sweaters from human hair?
7
Does Florida have a law which states that unmarried women are not allowed to go parachuting on Sundays?
5
Did Jhering coin the bon mot "In Germany everything that is not allowed is forbidden"?
69
Was it ever illegal to name a pig "Napoleon" in France?