I heard a story on NPR today about how new safety concerns affected one scientist's research on corona viruses. The fear is that scientists may make viruses more contagious and therefore dangerous to people in the event the viruses escape the laboratory, so the U.S. government halted funding of some research pending further review. From the transcript:

But [virologist] Baric says, when it comes to SARS and MERS, there are key differences between people and mice.

"No. 1, mice don't sneeze," says Baric, so they don't transmit these diseases through the air. And he says the process of adapting these viruses to mice actually makes the germs less able to infect human cells.

I was very surprised to learn that mice do not sneeze. A Google search produces video of a mouse supposedly sneezing plus many articles and blog posts about sneezing mice and what you can do to help them.

Who's right? Do mice sneeze?

Anecdotally, I have seen mice sneezing, although probably it is less common then in humans (but they are nocturnal animals, so maybe sneezing is more common at night?).

In any case, mice are used to study respiratory pathologies. A search for "sneezing mice" on Pubmed results, as of today, in 115 papers.

Repeated nasal sensitization with ragweed induced an increase in sneezing over time (Figure 1B). The frequency of sneezing at later time points was comparable to systemically sensitized mice, an AR and systemic atopy mode 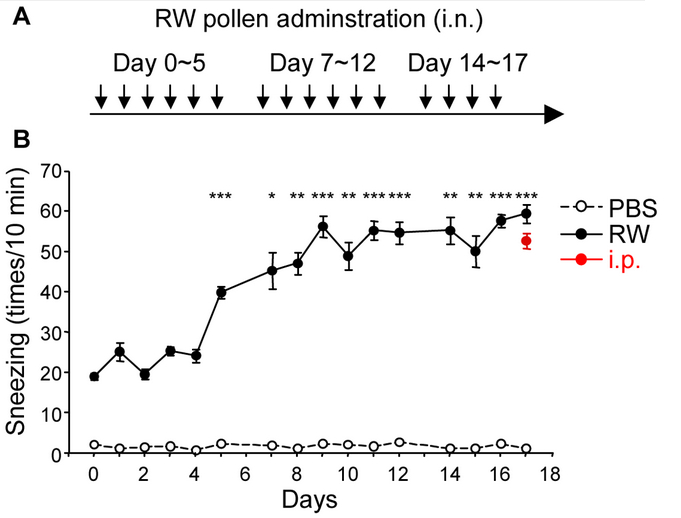 As mentioned above, mice, such as balb/c, B10.S, and c57BL/6, are the most common animals used in studies of AR. In addition to mice, guinea pigs or brown Norway rats have also been used. Mice provide an easy means of assessing allergic symptoms such as sneezing or nasal rubbing (represents the motion due to itching), while rats may be a better choice if nasal obstruction is the target response for measure. In other words, if observation for active motion such as sneezing and nasal rubbing is considered important, mice, especially balb/c, might be very good candidates.

(note: AR = allergic rhinitis, c57BL/6 is the typical black laboratory mouse, while balb/c is the classic white one)

Not the answer you're looking for? Browse other questions tagged biology zoology .

32
Are (wild) elephants afraid of mice?
48
Do mice love cheese?
23
Does your heart stop beating when you sneeze?
6
Can mice find their way back to your home from 1+ miles away?