Did Esurance put up a billboard saying "Cover your home in a dick"?

This tweet has been making the rounds about the dangers of bad kerning: 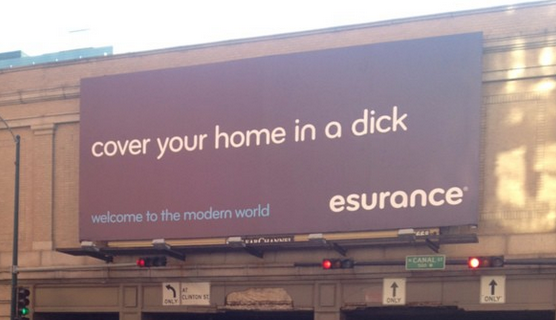 I call shenanigans. Surely someone noticed the problem while the sign was going up? Has the image of the sign been modified from the original? Or is this an optical illusion?

The image was stated to have been photoshopped.

UPDATE: Welp, the fun's over. Esurance contacted us today, and they're saying the image above is photoshopped. To be fair, we were incredulous when we first saw the photo, but decided to roll with it when we saw Esurance addressed the lady who first tweeted out the above image, and said they'd removed the billboard. 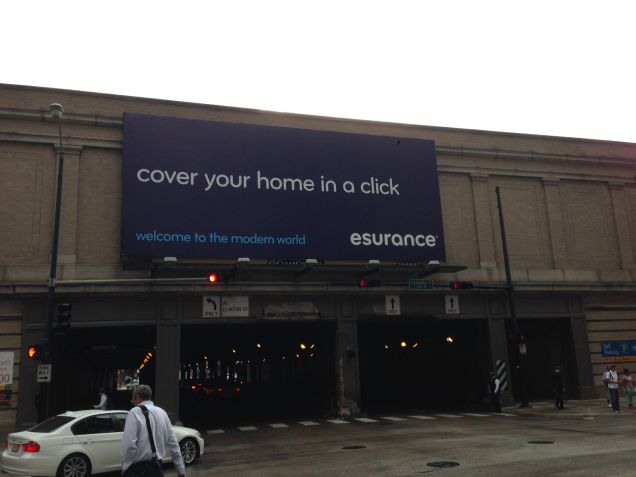 It's real and was confirmed by esurance in a tweet.

Just in case the tweet gets removed later, here is a screenshot: 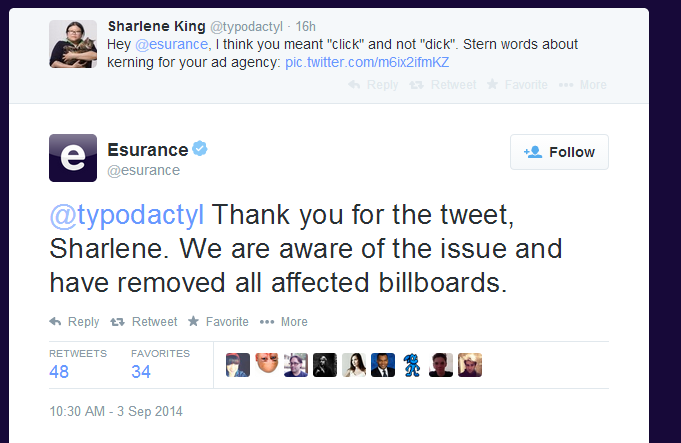 According to several sources online, the billboard was put in Chicago, not in New York:

Here's A Big Billboard That Says Dick In Downtown Chicago

Not the answer you're looking for? Browse other questions tagged advertising photography .

20
Did some cultures believe that photography can steal your soul?
23
Did Elon Musk put up a billboard saying "Defend billionaires"?