He is Luke's father.

According to most sources, this surprise was kept secret to most of the crew and even the cast during production, with Dave Prowse, the actor playing Darth Vader, delivering a fake line, the actual line being overdubbed. (Of course, Darth Vader wasn't voiced by him in the first place; all lines were overdubbed by James Earl Jones).

But, for example, your big scene, one of the classic cinematic moments when Darth Vader divulges his true identity, is no longer a revelation.

It's such a great moment! The fake line that was put in there just to try and keep the secret was "You don't know the truth: Obi-Wan killed your father!" But as much as I enjoyed leaking false information, it was a wonderfully hard secret to keep because (Irvin) Kershner, the director, brought me aside and said "Now I know this, and George knows this, and now you're going to know this, but if you tell anybody, and that means Carrie or Harrison, or anybody, we're going to know who it is because we know who knows."

But recently, a newspaper clipping surfaced, in which we read about Dave Prowse revealing this same surprise twist to about a thousand fans, two years before the release of The Empire Strikes Back. 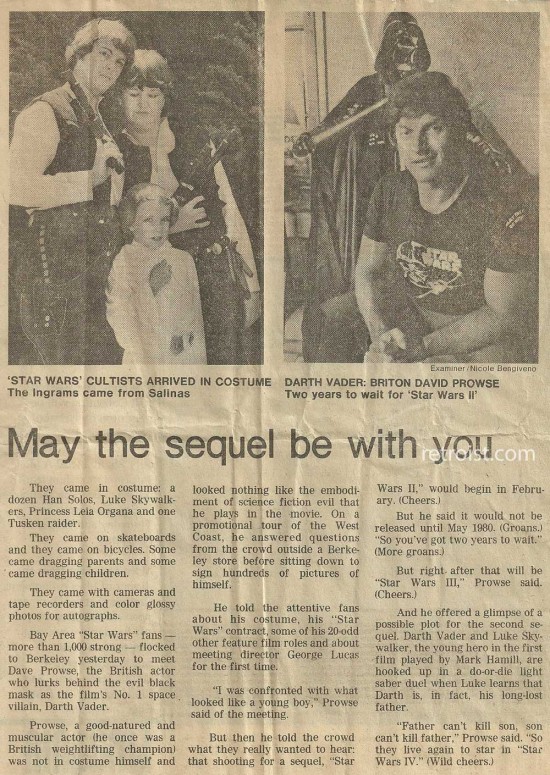 I have asked a question about this on another stack, where somebody suggested it might possibly be fake. So that's my question here: is it real? 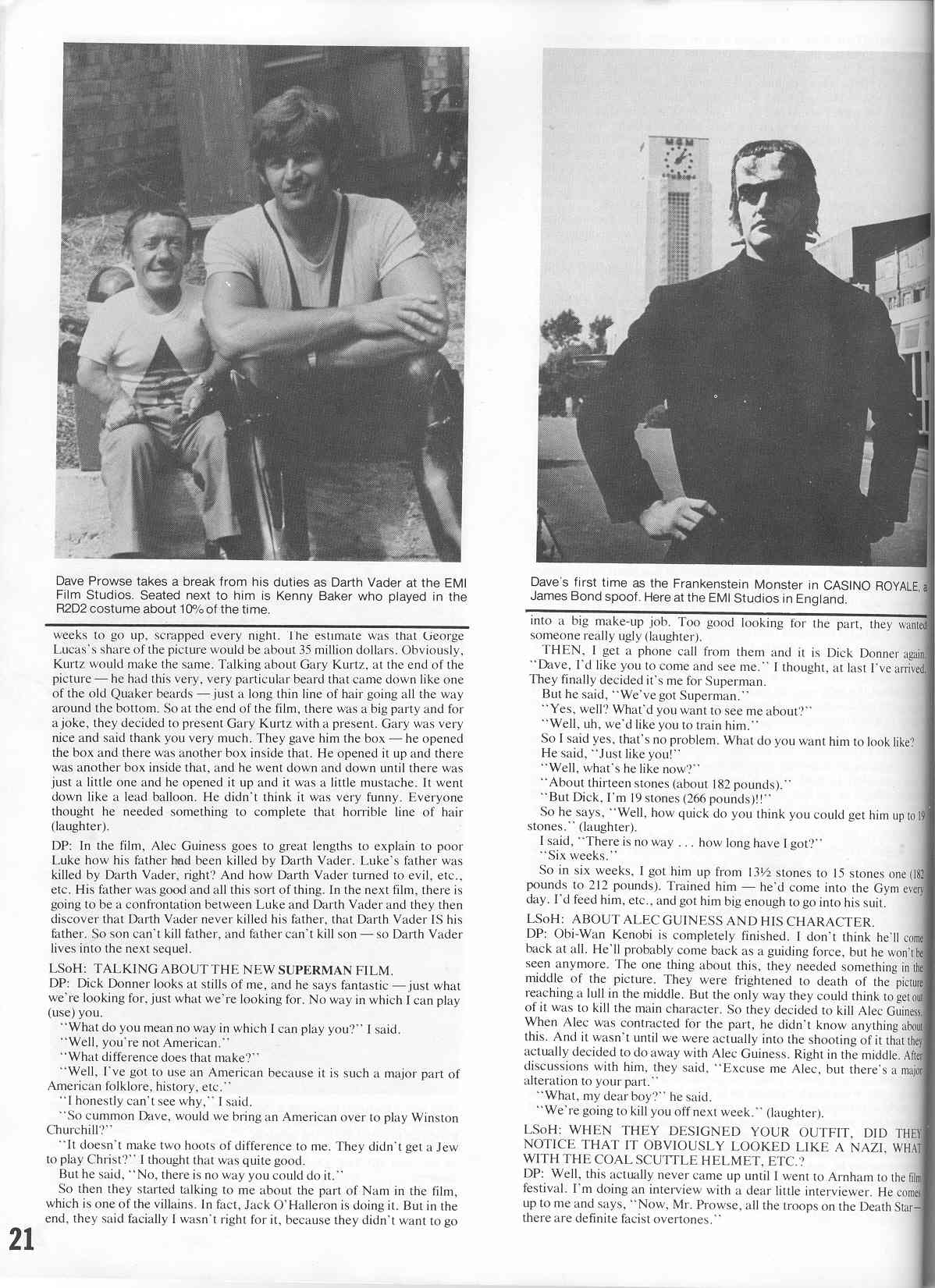 In addition, most forums/posts discussing the topics are full of comments from people stating they saw the original article.

While it's possible someone photoshopped this second image, the likelyhood is that the quote is accurate