Did scientists warn of the possibility of a zombie apocalypse?

A image posted by 8fact: 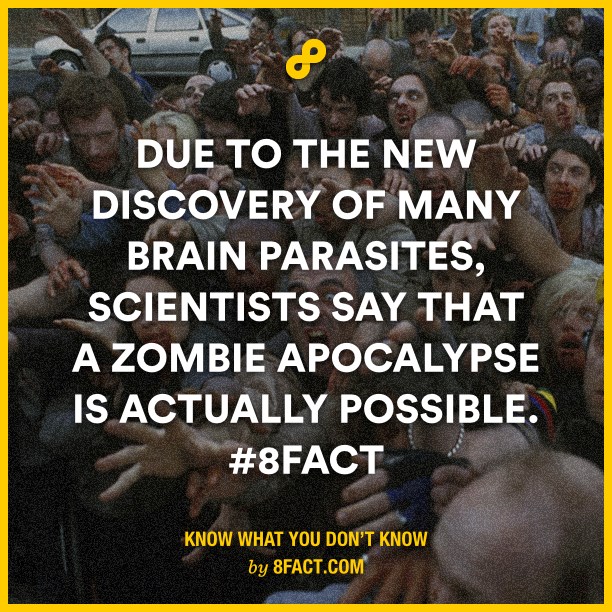 This is impossible to answer conclusively, since there's no definition provided for either "Zombie", "Apocalypse", or even "possible" (which includes things with miniscule probability, as long as they don't violate laws of nature). Nor of how many scientists said so and if it was in peer reviewed publication.

As such, yes, "some" scientists said that - for some definitions - "zombie" "apocalypse" is "possible".

One example (src - and also covered on National Geographic in great depth):

Cracked.com has 5 other "possible" scenarios, most with nods to scientists discussing the possibility:

Not the answer you're looking for? Browse other questions tagged biology extinction-event .

12
The statistics of paternal discrepancy
13
Have leap days confused the calculated date for the “end of the Mayan calendar”?
8
Are there pine trees on Mars?
8
Have scientists demonstrated an absent protein can cause chicks to be born with scales rather than feathers (as well as reptile scales to feathers)?
16
Does the number of lobes on a green pepper indicate any specific culinary traits about the individual pepper?
16
Can a plant survive bottled in its own ecosystem for 50 years?
4
Are there more trees in America today than there were during colonial times?
13
Will rats given the ability to artificially stimulate their pleasure centers starve to death?