This image is widely shared on social media. 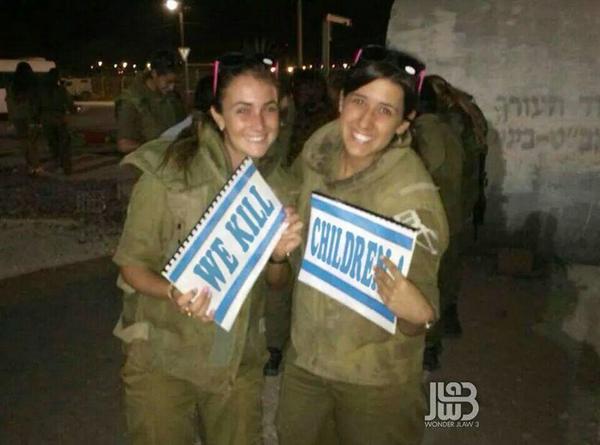 Did they really do that?

The photo seems real because there is what appears to be Hebrew letters in the background and the uniforms look right.

TL;DR: No, the image is photo-shopped.

This is shown by:

27
Did a plane hit the Pentagon on September 11, 2001?
26
Does the $20 bill predict the 9/11 attacks?
20
Is this photo of Occupy Wall Street authentic?
7
Was there a deep US involvement with Saddam, Osama and Gaddafi?
15
Is Boston bombing victim Jeff Bauman double-amputee soldier Nick Vogt?
14
Does this photo show large crowds of protestors in Mexico?
4
Did the Free Syrian Army take a (pictured) toddler hostage?

19
Is the climber's head-lamp backstory for this long-exposure photo feasible?
4
Is this photograph of Frank Sinatra as a 10 year old real?
10
Are these photos of burned home surrounded by pristine trees in California due to the forest fires real?
49
Is this photo showing a woman standing in the nude before teenagers real?
9
Is The Venice Syndrome documentary cover photo real?
69
Is this a satellite image of Australian bushfires?
82
Is this photo of a road detouring around a tree authentic?