Determining your ancestry through the shape of your feet?

This picture makes its rounds around blogs & forums recently: 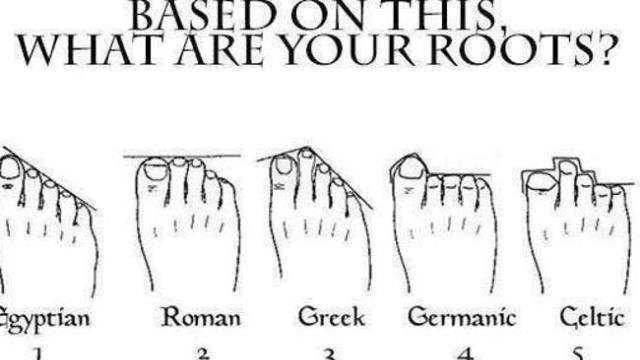 Does it have any scientific backing?

There is no scientific backing for this classification.

What is referenced as "Greek" is actually called Morton's toe (name derived from the surgeon who described is as a foot syndrome), but it's so common that this congenital short first metatarsal bone is considered a normal variant of foot shape.

In statuary and shoe fitting it has been called Greek foot, because it was an idealized form in Greek sculpture. It also persisted as an aesthetic standard through Roman and Renaissance periods: 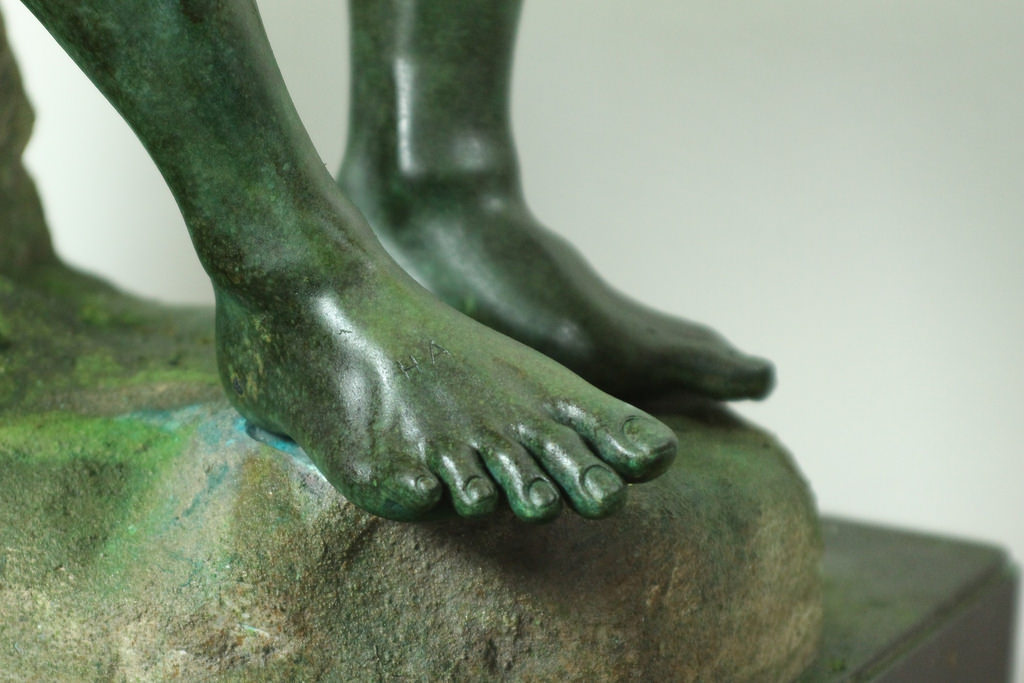 The relative length of the big and second toes varies continuously, so there aren't just two categories of toe length. The mechanisms that determine how Morton's toe is inherited are determined by more than one gene, or by a combination of genetics and the environment. These mechanisms haven't proven to be specific to a geographic area, as referenced by Kaplan.

2
Can we tell our origin based on foot phenotype?

81
Do Ostriches bury their heads in the sand
10
How likely is it that the Ivory Billed Woodpecker is not extinct?
18
Was the opposition of the Catholic Church to contraception based on the Homunculi theory?
14
Are minerals / chemicals absorbed through your skin during bathing?
14
Will swallowed gum stay in your stomach for 7 years?
16
Does the number of lobes on a green pepper indicate any specific culinary traits about the individual pepper?
36
Can you cause mosquitos to explode from drinking too much blood by flexing your muscles?
22
Can reading fine print cause damage to eyes?
9
Did a 10 year old girl die from holding her breath?