Does the UK have enough wind to power the country five times over?

Greenpeace UK tweeted about the UK having enough wind to power the country five times over:

MT @1010: The UK has enough wind to power the country five times over. Let's use it! 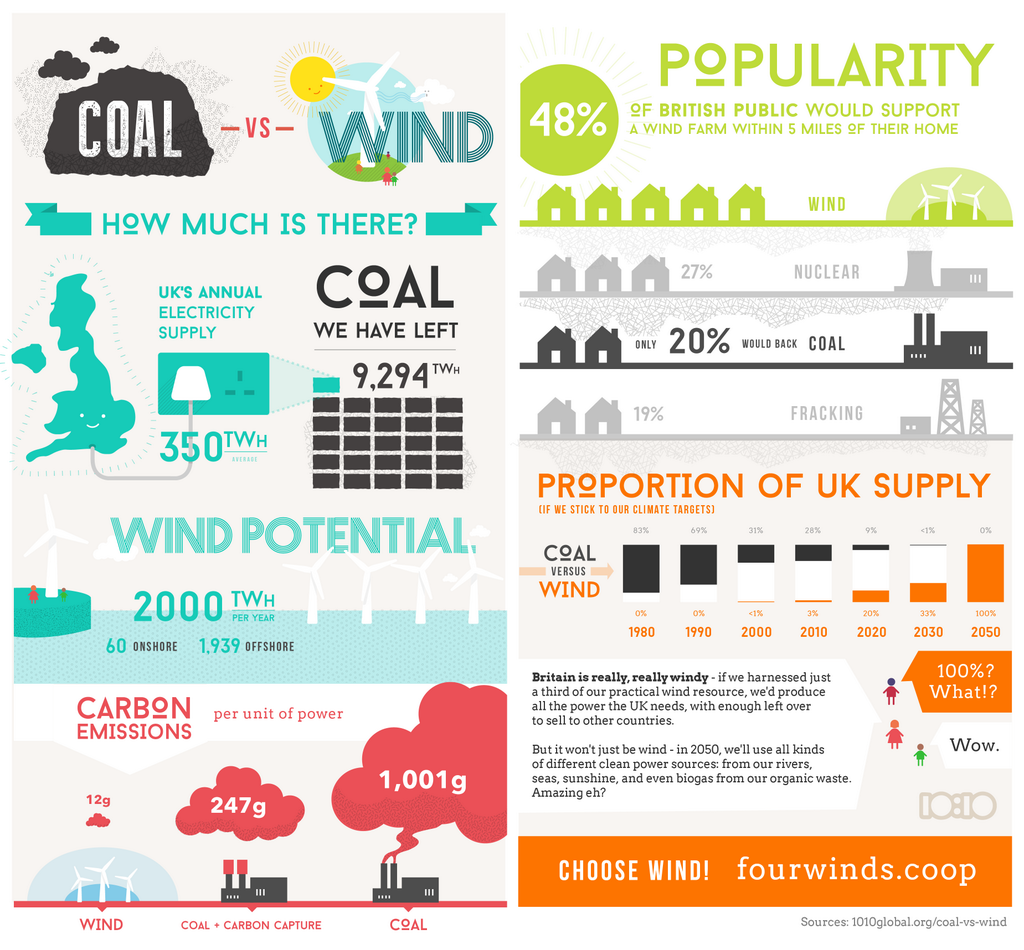 After a bit of Googling the only source for the data seems to be a wind energy company. That doesn't mean the data is false, but I'd like a more trustworthy source.

Does the UK really have a 2,000 TWH capacity for wind power as claimed?

For context, UK primary energy demand is of the order of 2500 TWh/y (Digest of UK Energy Statistics 2013, p14); final energy consumption is about 1630 TWh/y (ibid); electricity is currently around 376 TWh/y (ibid p113). So it depends which of those figures you take, and which of the estimates you use: the potential wind resource is somewhere between four and 200 times the size needed to power the country.

How much larger the potential wind resource is very unclear, because there's an enormous potential resource, but we don't know how much of it is technically accessible. There are several reasons for this.

Here's one estimate of the UK offshore wind potential, which estimates it at 2.2 TW of mean electrical output: with 8760 hours in the year, that's 20,000 TWh per year - more than ten times the number you've found. (graph is GW mean power - multiply by 8.76 to get the equivalent TWh/y for non-leap years). You might want to deduct 10% for shipping lanes, but that's just a guess at what the right % would be.

Stuart Gatley's M.Eng ("An investigation of the potential of offshore wind power in the UK, University of Nottingham, 2012) estimates the offshore resource as being in the range 10,862-79,978 TWh/y (p56)

That's the offshore resource, which dwarfs the onshore resource. "The UK onshore wind energy resource", ETSU R-99, F Brocklehurst, 1997, estimates the technical potential in the range 20-50GW mean power - that's 175 - 438 TWh/y. (that number is from memory: I don't have the report to hand; I'll verify that on Monday; but safe to say it gets lost in the rounding of the offshore wind resource)

45
Does the BBC have TV detector vans and how can they tell if you aren't paying a license fee?
29
Is there any data on how efficient Tesla wireless power transmission was?
20
Is "peak wind" coming?
16
Did the wind power industry produce more radioactive waste than nuclear power plants?
12
Does Great Britain have the lowest state pensions (relative to average wages) in the OECD?
46
Is it true that there is not enough electricity to power all vehicles in the United States if they were electric?