Is Michael Moore worth approximately $50 million?

On the Celebrity Net Worth website, this claim is made:

Is this true? This seems incredible to me because of his movies.

The following is most likely to be true:

It is mentionned and well-sourced on wikipedia:

Moore married movie producer Kathleen Glynn on October 19, 1991. He filed for divorce on June 17, 2013. At the time of his divorce, he was estimated to have a net worth of $50 million.

However, all sources point out to http://www.celebritynetworth.com/. But you should know that it is estimated. According to that website, he: 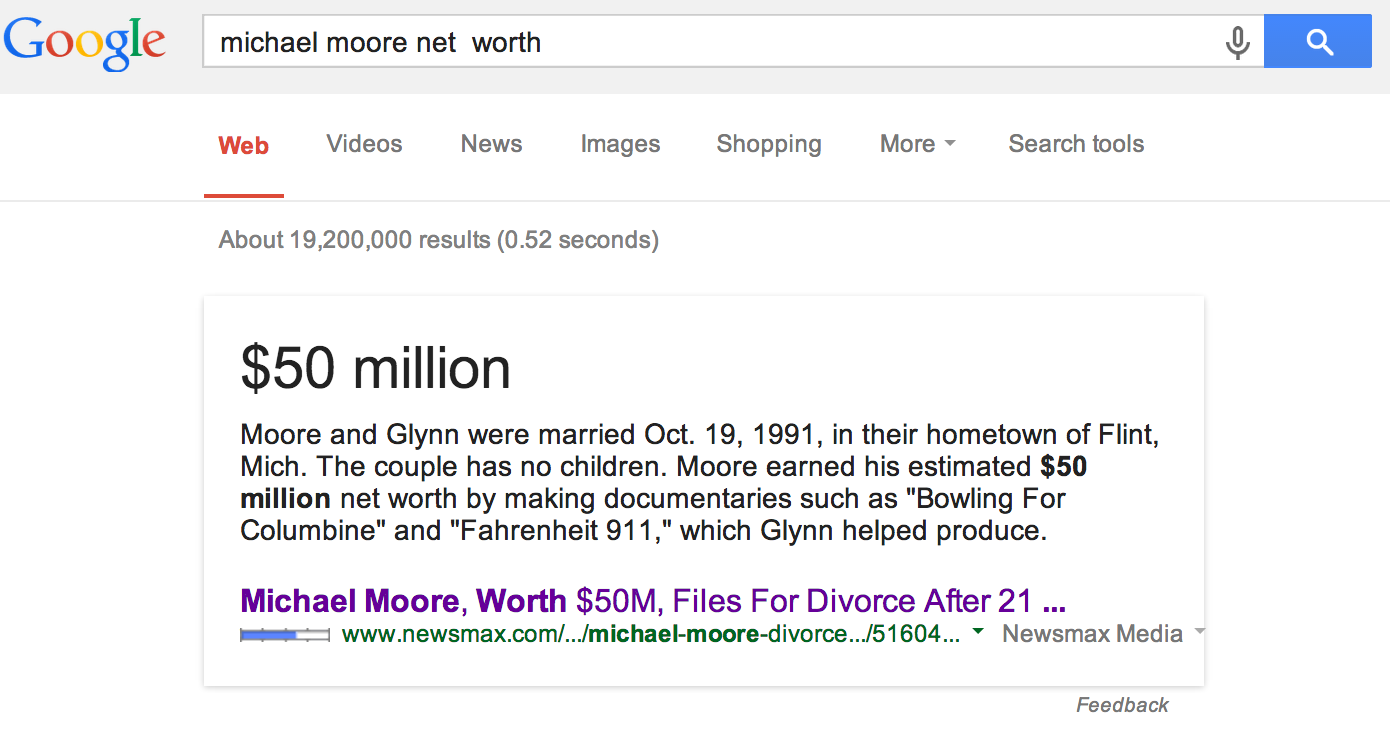 (4) See this report. Not sure if reliable though.