Was the MH17 video taken in Ukraine-held territory?

On the CBS program “Face the Nation,” Mr. Kerry referred to a video that the Ukrainians have made public showing an SA-11 unit heading back to Russia after the downing of the plane with “a missing missile or so.”

The video referenced by the New York Times was, in fact, posted on the Facebook account of the Ukrainian Interior Minister. The allegation was that the launcher was crossing the border with Russia.>However, going by the billboard and other features of the scenery, Russian bloggers and news sources claim to have identified the road in the video as having been taken in or near the town of Krasnoarmeisk ("Krasnoarmiysk" in Ukrainian), which has been under Kiev's control since May.

In fact, the billboard is supposedly advertising a Krasnoarmeisk car dealership. Also, one of the structures in the background is said to be a construction materials store on Gorkii Street, Krasnoarmeisk.

Please note that this town is (very roughly) 120 kilometers from the Russian border and 80 kilometers from where the Malaysian 777 went down. And again, it has been under Kiev's control since May.

Was the video in question taken in an area in Ukraine/Kiev control?

Firstly, there is no proof that the video was taken in Krasnoarmiysk. The claim by Russian defence ministry is based on the alleged fact that the banner has an address printed on it: 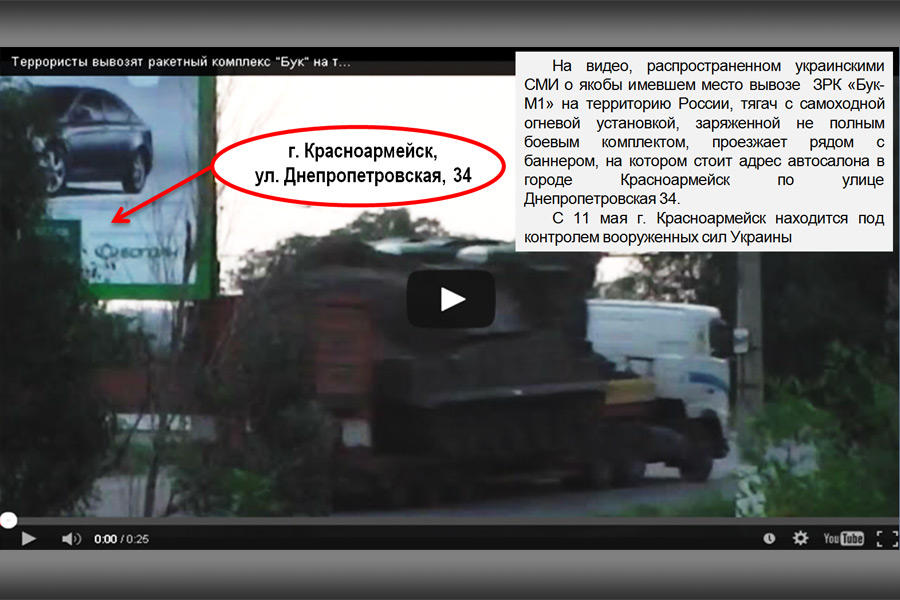 The report didn't show how they managed to recover this address from the banner, and it seems like an explanation is due, as the image is very blurry. The banner itself seem to be identical to this one (which is spread as a part of their ad campaign): 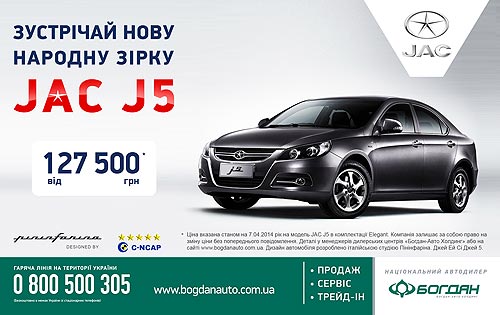 Above the logo, there are two words in capital letters "National autodealer". While it is very hard to say what's actually written on the street banner, the shape of things seem to match.

No other evidence (i.e., the coordinates of the exact place where the video was taken) was presented. So, the claim that there is a discernible address on a banner is highly doubtful and there is no reason to believe it is in Krasnoarmiysk.

Below follows some speculation, because of the lack of more credible sources.

Secondly, there is some anecdotal evidence that the video was taken in Luhansk (fully under control of rebels), as supported by streetview: 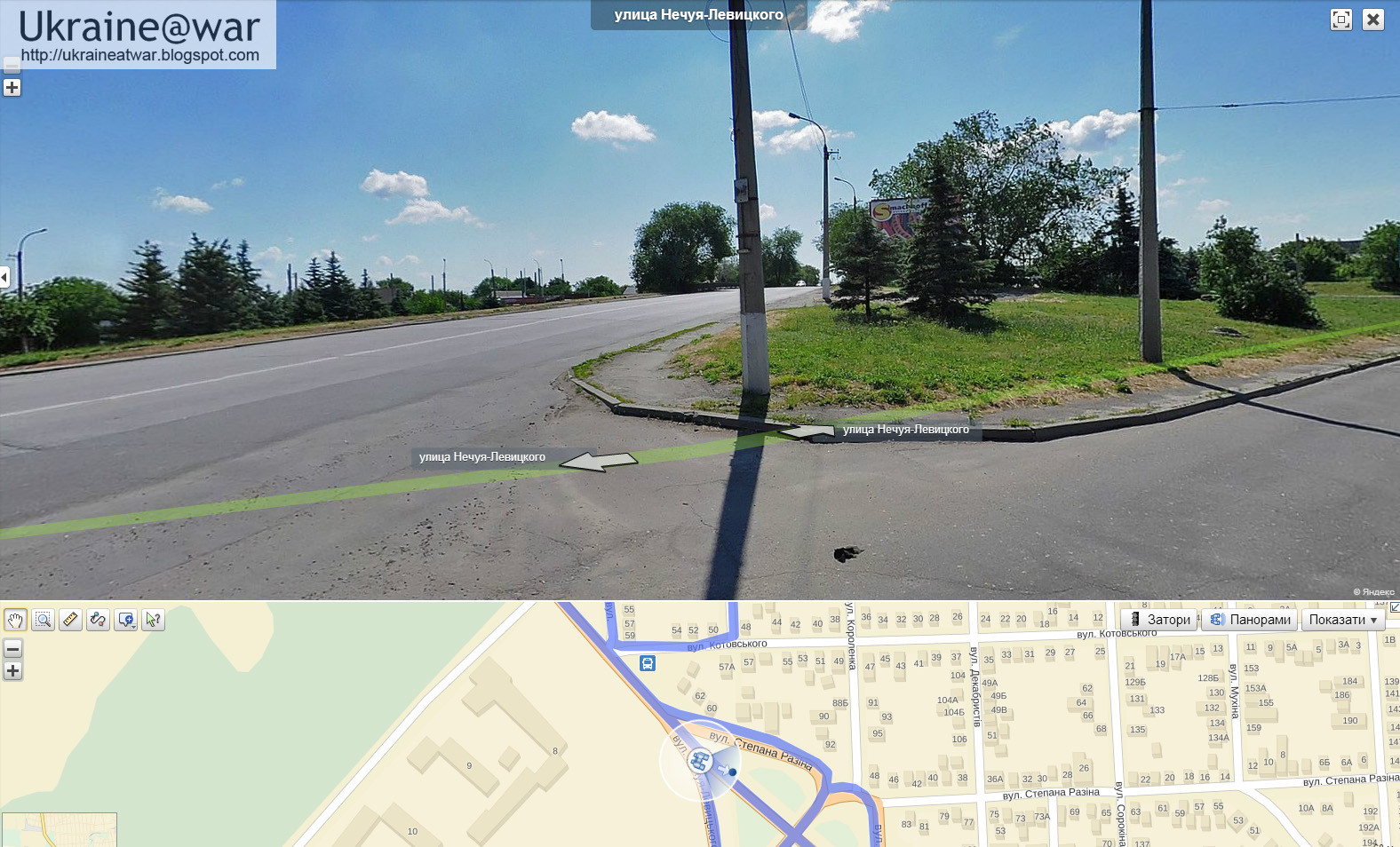 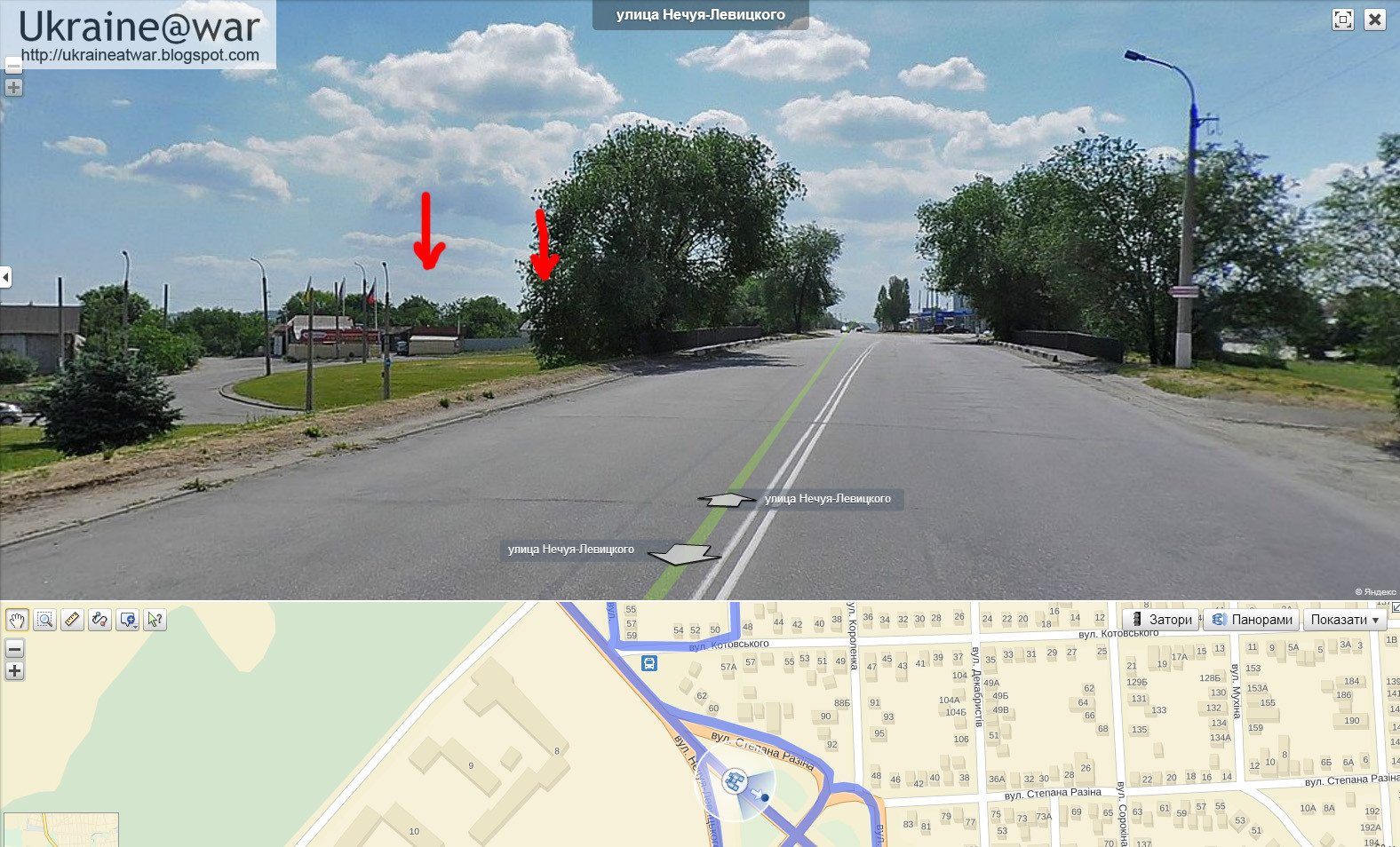 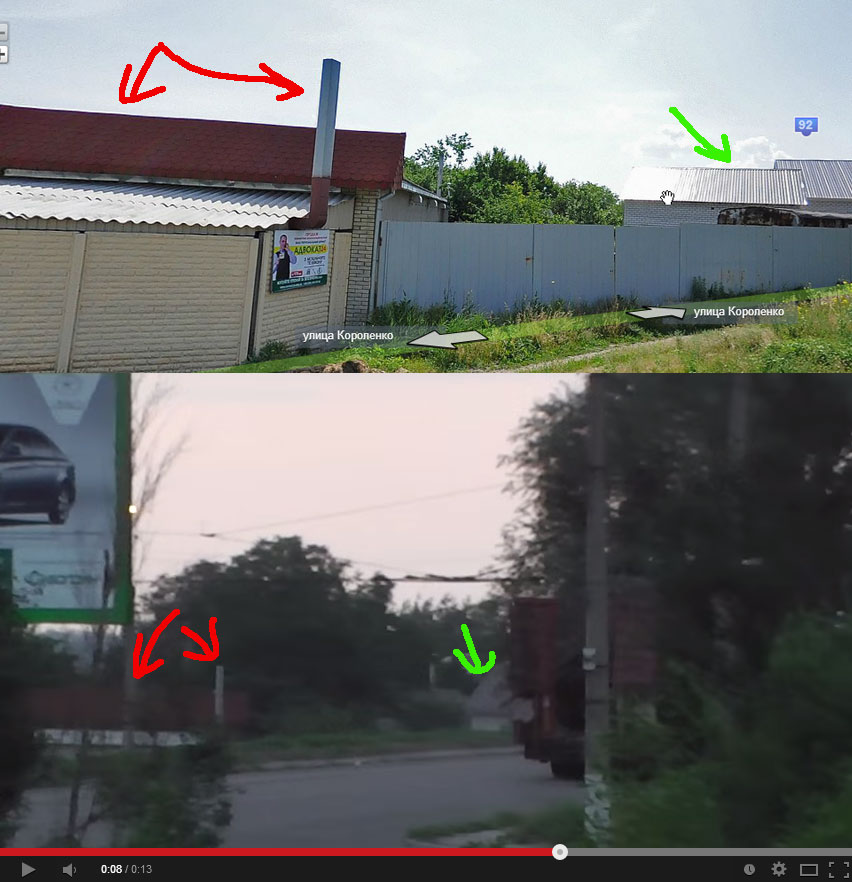 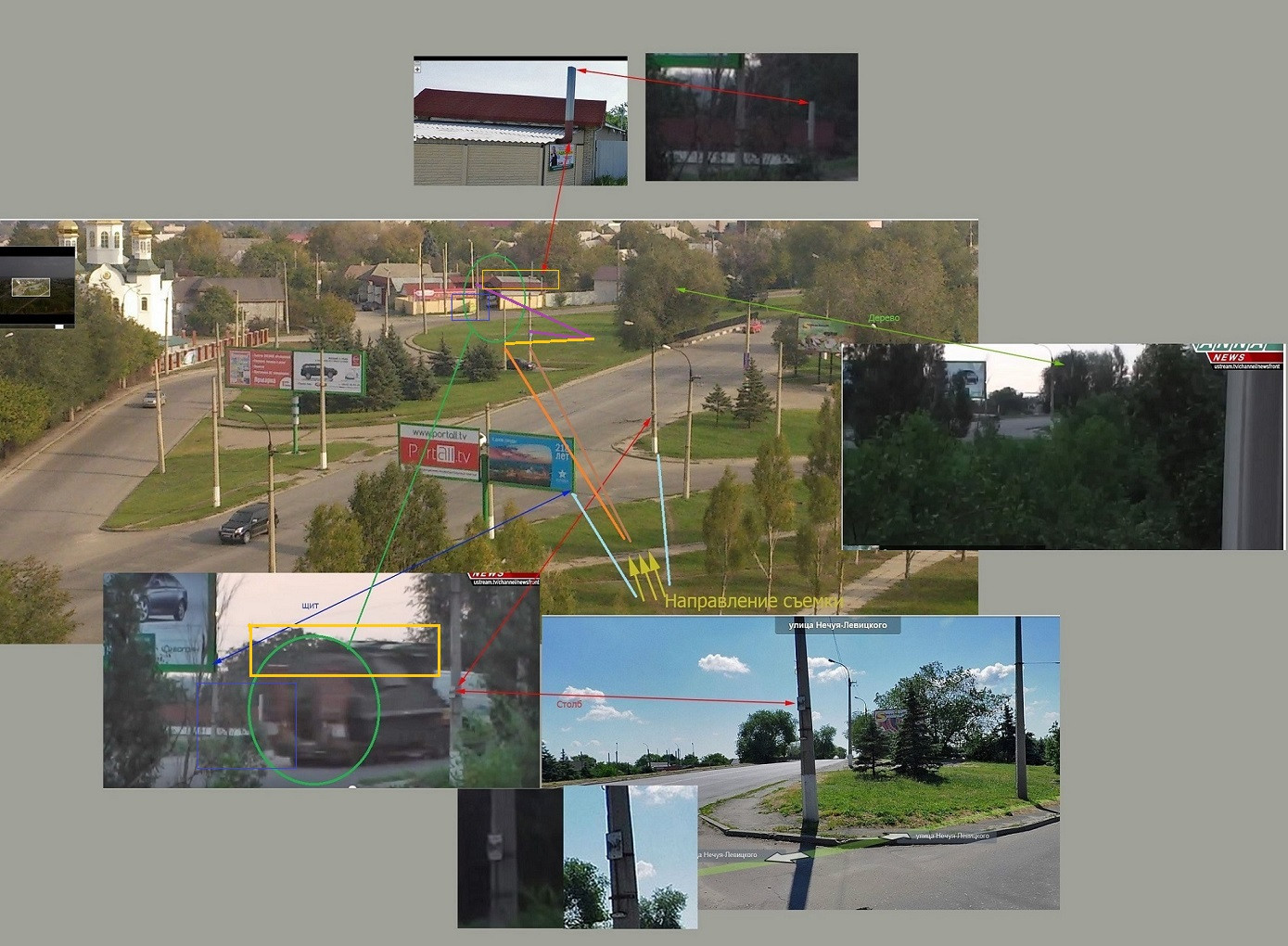 All in all, it is hard to say where the truth is, but it is certainly clear that the original claim is not supported by any reliable evidence and largely disputed. Even less can be said about the actual time when the video has been shot.

Not the answer you're looking for? Browse other questions tagged video ukraine mh17 .

17
Was the "Worst Twerk Fail EVER - Girl Catches Fire!" video staged?
10
Was the video about MH17 done the day before it crashed?
17
Was MH17 shot down?
12
Was MH17's flight path rerouted?
14
Was Aeroflot SU2074 intended target in MH17 shooting?
16
Is the West supporting neo-Nazis in Ukraine?
20
Do the Crimean people prefer to be with Russia than with Ukraine?
68
Did Joe Biden "stop the prosecution" of his son in Ukraine? And did he brag about stopping the prosecution?