In Januari 2014, this article reported that:

Over the weekend, a story that originated on the smut-ridden UK-based Daily Mail went viral among major media outlets across the world. Time, CBS, and the Huffington Post were among the dozens of online news media who published stories about Beijing residents flocking to giant TV screens to see fake sunrises during heavy pollution last week. Most of these stories were accompanied by the same photo of a massive TV screen in Tiananmen Square with a sunrise appearing on it. 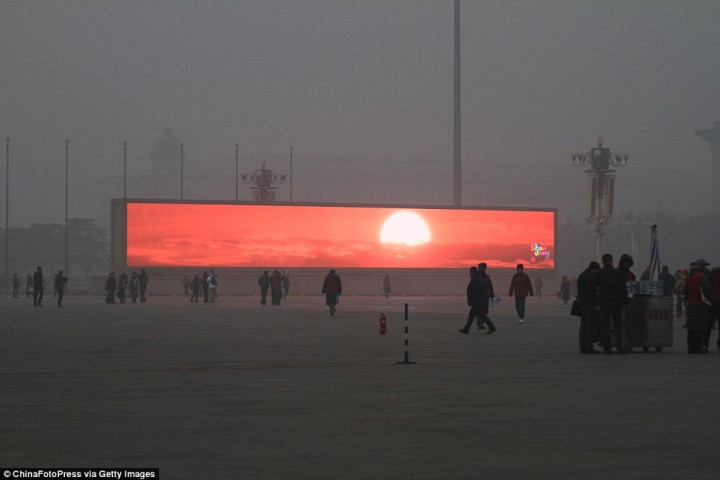 The article goes on to say that Beijing residents are NOT watching fake sunrises on giant TVs because of pollution:

In truth, that sunrise was probably on the screen for less than 10 seconds at a time, as it was part of an ad for tourism in China’s Shandong province. The ad plays every day throughout the day all year round no matter how bad the pollution is. The photographer simply snapped the photo at the moment when the sunrise appeared.

That does not clearly answer the question of whether people can directly see a real sunrise in Beijing.

There is plenty of photographic evidence of sunrises over Beijing. 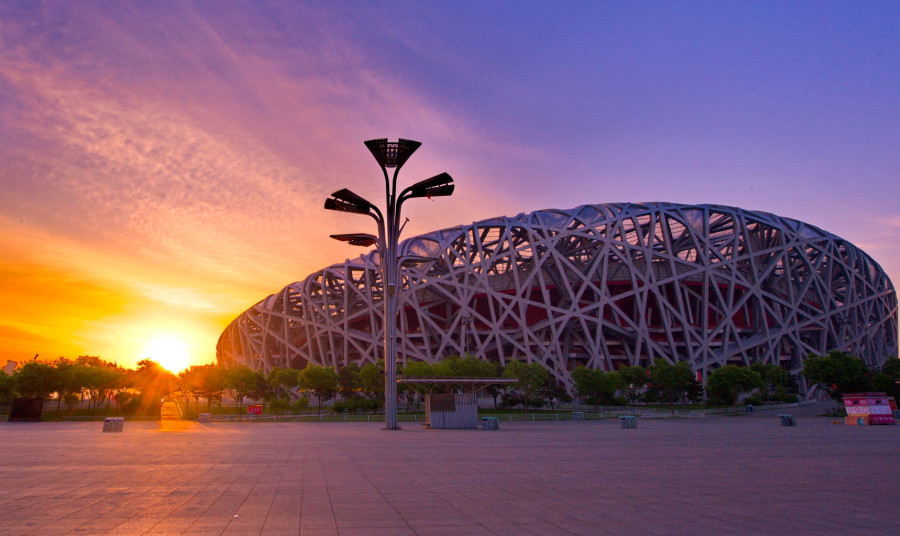 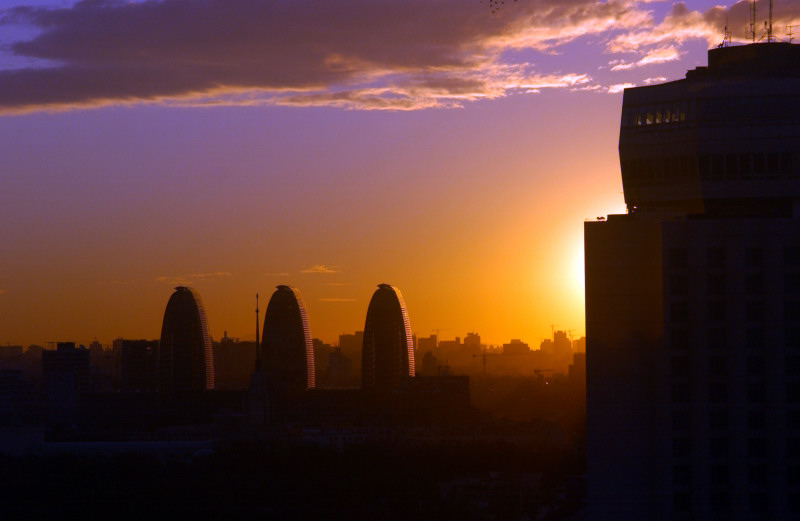 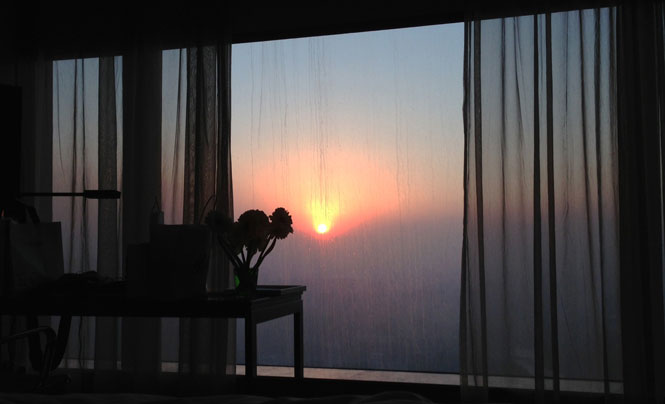 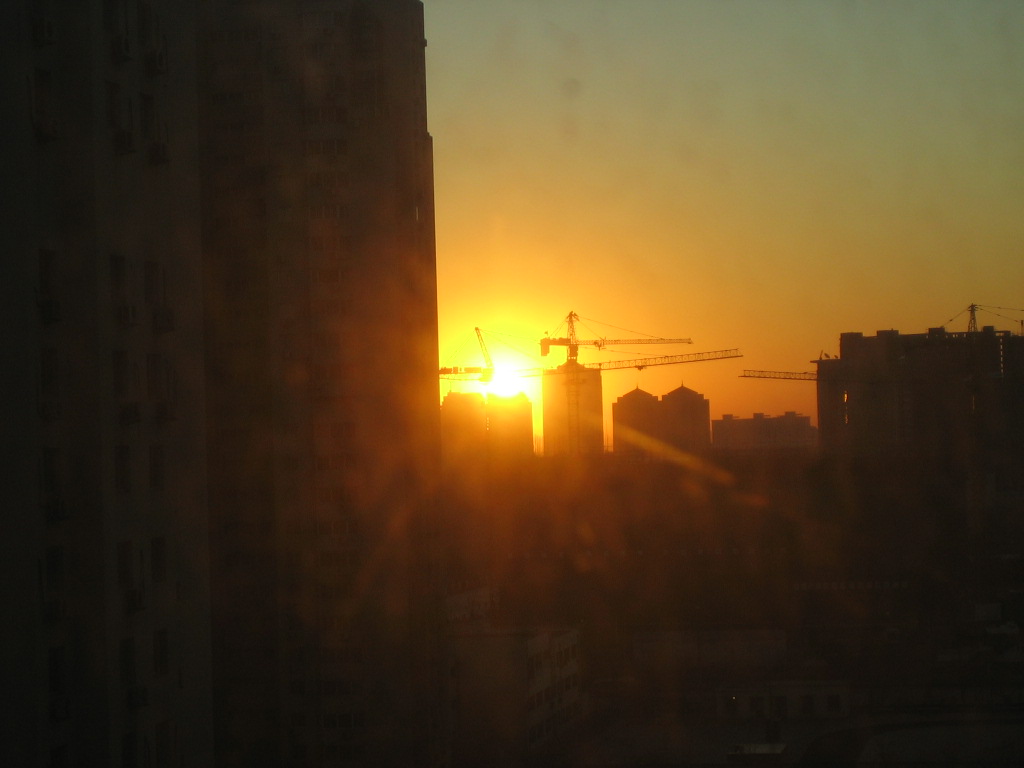 Not the answer you're looking for? Browse other questions tagged china sun smog .

20
Did (Does?) the Shaolin Wooden Men labyrinth exist?
7
Does putting a reflective screen inside your car against the windshield have a meaningful impact on internal temperature?
14
Does lowering speed limits by 10 km/h have any impact on air pollution?
12
Does China have the death penalty for spammers?
8
Is there a 12% chance that a solar storm does damage to the electrical grid in the next decade?
7
Is half of the climate change in the past 110 years due to natural variation in the Sun's output?
6
Does the sound of the Sun oscillate around 528 Hz?
11
Does China plan to launch artificial moons?
9
Does this video show a Hong Kong protestor disabling a tear gas cannister with liquid nitrogen?