Rihanna is the “Princess of the Illuminati”?

There has been a lot of buzz around the web lately about Rihanna being a part of the Illuminati. Then, I was like, "bah, this can't be real." Until someone pointed out small portions of her S&M video, where it says "Princess of the Illuminati."

Now, I'm skeptical she is actually a part of the Illuminati. There must have been something -- that I might have missed -- that might have led the artist to include blatant messages in her videos like that.

I think you answered your own question. No artist operates in a vacuum. I'm sure Rihanna is perfectly aware of what's being said about her in the rest of pop culture.

Is it possible that Rihanna really is a "princess of the Illuminati" (even though the historical Illuminati was anti-royalty) and she and her producers decided to reveal that in a music video? I suppose so. But when it comes to extraordinary claims we as skeptics should require extraordinary evidence, and a playful reference to silly rumors made in a music video is hardly extraordinary evidence. It would be like claiming that Harrison Ford is planning to run for President of the United States because he appeared in Air Force One playing the President -- I don't think we need a denial from Harrison Ford to know that playing the President doesn't automatically mean you consider yourself a candidate.

Back on the subject of Rihanna, rumors about her being somehow involved with the Illuminati conspiracy that controls the world probably originated on the website The Vigilant Citizen. As far as I can tell the site's author is anonymous, though he claims some experience in the music industry.

I am also a music producer who has composed music for some fairly well-known “urban” artists. My work in the music business has led me to deal with talent agents, video directors and record companies. Through my experiences and my contacts, I have discovered some of the darker aspects of the entertainment industry, which I found were in direct connection with my studies in occultism. It is necessary to understand of the state of mind that prevails in the higher levels of the music industry to “get” the full meaning of the symbolism found in music videos. Some things are simply not intended to be understood by all, they are meant for the “few”.

I can't say I'm completely convinced someone who's actually worked in hip hop field would put the word "urban" in quotes like that, but it's impossible to know what the writer's actual level of involvement is with the music industry so long as he remains anonymous.

The Vigilant Citizen (or as he call himself, VC) spends a lot of time deconstructing the lyrics and imagery in music videos and claiming to find the symbolism the Iluminati use to control the rest of us "sheep." Rihanna was an early target of VC, in particular the video for the song "Umbrella." Here's an example to give you an idea of what the website is like. 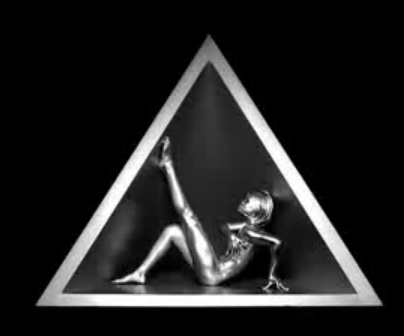 We then see Rihanna naked, covered in chrome-colored liquid. Rihanna has been raped by the Devil and covered with his semen. She seems in pain and not herself. On the frame above we see her inside a triangle. This is VERY symbolic. For occultists, an upwards triangle represents the phallus, the penis, male energy. Rihanna is inside the triangle. She is completely “owned” and under the spell of the Devil’s energy.

VC is also convinced that Lady Gaga is constantly revealing the Illuminati's plans in great detail to those who know how to read her videos, which is perhaps why Rihanna chose to be the princess of the group, not the queen.

While VC takes Illuminati conspiracy theories to a silly new place, that's not to say there isn't a kernel of truth in the claim that there's occult imagery in some hip hop music. There certainly is. The influential artist Jay-Z has been including occult imagery in his music for years. As Mitch Horowitz told NPR:

Mitch Horowitz, author of Occult America, says that Jay-Z has a keen grasp of certain esoterica, especially in the music video for his new single, "Run This Town."

In an interview with Guy Raz, Horowitz pointed to Jay-Z's use of the phrase "Peace God" as an allusion to the Five Percenters. Also known as the Nation of Gods and Earths, they teach that the original black man is God — and that all men are potentially God. "Peace God" is a typical Five Percenter greeting.

"A phrase like 'Peace God' does not find its way into someone's vernacular by accident," Horowitz says. "He's making a very definite statement."

Of course, Jay-Z would hardly be the first musician interested in the occult. Jimmy Page would be the classic example, and even in the world of hip hop Jay-Z was beaten to the punch by The JAMs (later known and The Timelords, and still later as The KLF). But the important point here is that just because some artists are interested in the occult that doesn't mean we should take that interest as evidence that there really is a worldwide conspiracy to mind control to world's population through symbolism. Real evidence for the Illuminati claim has never been presented.

Not the answer you're looking for? Browse other questions tagged musicians illuminati .

7
Do famous musicians die at the age of 27 more often than other humans?
8
Was Johnny Cash the first American to learn of Stalin's death?
21
Does Disney's Ducktales say “Ask About Illuminati”?