Is medical marijuana prescribed to be smoked?

In some jurisdictions, like California, Marijuana is permitted for 'medical use".

Its most widespread administration is by smoking

Are there doctors prescribing marijuana to be smoked?

While I wouldn't contest its use with pills, drink, food etc, it seems weird to allow to be smoked for several reasons: 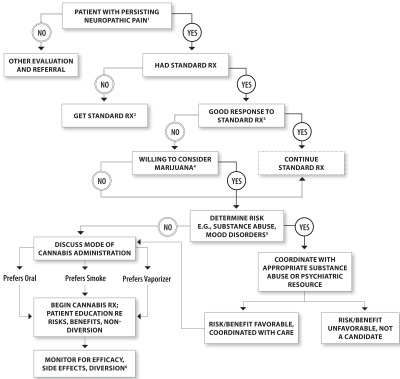 The 2012 journal article, Medical Marijuana: Clearing Away the Smoke says:

In states in which it's legal, doctors recommend medical marijuana for many conditions and diseases, frequently those that are chronic.

but also, after testing it with placebo:

This raised the possibility that some of the pain reduction was placebo driven.

(also a mention at the end)

Conflict of interest: This work was supported by the University of California Center for Medicinal Cannabis Research

In 2006, the US Food and Drug Administration (FDA) warned that the FDA and DEA do not support the use of smoked marijuana for medical purposes.

precision: I'm not smoker, and firmly against it

Yes, some doctors do recommend smoking marijuana in certain cases.

In this article in Virtual Mentor, Dr. Igor Grant, MD, says that smoked marijuana can be useful in cases of painful sensory neuropathy, and specifically describes inhalation as superior to oral administration.

Grant is chair of the Department of Psychiatry at the University of California, San Diego (full disclosure: I attended this university but have never met Grant) and is director of the University of California Center for Medicinal Cannabis Research which you mentioned. Given that Dr. Grant practices in California, where under state law physicians may legally recommend marijuana (in any form) to patients, it seems likely that he routinely does so, though I could not find a record of him specifically saying this.

There are certainly risks, as you describe, but it appears that some doctors feel that in some cases, they can be outweighed by the benefits.

It should be noted that your claim that "only the THC active ingredient is desirable" does not seem to be supported by evidence. Here is an article that suggests therapeutic value for the compound cannabidiol.

Also, as a semantic point, doctors in California and other states do not prescribe marijuana but rather recommend it. The precise distinction is not clear to me.

Medicinal Use of Marijuana — Polling Results (from a 2013 poll in the New England Journal of Medicine) says,

We were surprised by the outcome of polling and comments, with 76% of all votes in favor of the use of marijuana for medicinal purposes ... In sum, the majority of clinicians would recommend the use of medicinal marijuana in certain circumstances.

People who voted 'yes' in that poll concurred with an opinion which included:

[...] Inhaled pharmaceuticals are commonplace, but in the United States no vaporized inhalant is currently available as an alternative to medicinal marijuana, pending FDA approval of nabiximols, currently in phase 3 trials (ClinicalTrials.gov number, 01337089).6 With slow onset and unreliable bioavailability, oral cannabinoids are ill suited to relieving Marilyn's acute distress. [...]

In July 2014 the CBC reported, Vapourizing marijuana is gaining momentum as a safer alternative to smoking it, says a Canadian doctor. ... One vapourizer is currently approved by Health Canada ... The device costs roughly $600.

In addition to the other excellent answers, which cover that some doctors do indeed prescribe the smoking of MMJ, some would suggest that the reason for this is the differences in the psychoactive effects rather than the medical benefits involved in the various methods of ingestion.

According to United Patient's Group, a MMJ information and advocacy site says of eating cannabis-infused foods (emphasis mine):

The effects of consumed cannabis is much different compared to smoking or vaporizing. Edibles are slower to kick in, slow to wear off and usually give more of a "body" versus "head" high, an effect described as "heavier" or "deeper" than if smoked or inhaled. This can be particularly beneficial for those with chronic severe body pain.

A word of caution to those choosing to medicate with edible marijuana - unlike with smoking and vaporizing, it is much easier to over-consume, and therefore over-medicate with ingestion. Because it can take longer to feel the effect and/or because the edibles taste good, patients are warned to [...] be extra careful in consumption so as not to exceed recommended dosage.

So it could be that those wishing to avoid being "stoned" would prefer a method that make estimating dosages simpler at home. This could, in part, be due to the lack of major pharmaceutical development; each dispensary might have products of very different dosages, depending on preparation techniques.

It also point out other, less unhealthy alternatives to smoking:

Another alternative route of administration for medical marijuana free from any psychoactive reactions is to use a topical made from cannabis and apply it directly onto the skin. Marijuana topicals, such as balms, salves, lotions, sprays and ointments made from cannabis oils, can be very effective analgesics and anti-inflammatories.

Use of a marijuana vaporizer is the most recommended method as an alternative to smoking. [...]

How the Medical Marijuana Vaporizer Works: A vaporizer heats the cannabis plant slowly causing the active ingredients to evaporate into a vapor without reaching the point of combustion, thereby releasing a much lower proportion of other harmful components that come from smoking.

So it would appear that many methods of ingestion are recommended. MarijuanaGrowersHQ.com does point out that smoking probably the most harmful way of ingesting cannabinoids, though it is difficult to verify this from scinetific studies:

Unfortunately inhaling smoke is not the most healthy method of consuming cannabis. While there is still no conclusive correlation between the effects of smoking cannabis and an increased incidence of lung cancer, this is likely due, in part, to the difficulty in finding subjects with a history of long term cannabis use but no history of smoking tobacco.

No source is provided for this claim, however.

So it would seem that while some doctors do prescribe the smoking of medical cannabis, others recommend another method of ingestion. Those who do recommend must believe convenience and dosing consistency outweigh other concerns.

Not the answer you're looking for? Browse other questions tagged medical-science smoking marijuana .

13
Is nicotine a relatively safe substance?
2
Snus or smoking tobacco: Which one is more harmful
9
Is marijuana an effective medicine for any one of these medical conditions?
20
Does marijuana impair driving?
13
Can smoking marijuana reduce the risk of cancer in cigarette smokers?
13
Does fetal tobacco smoke exposure cause permanent harm?
18
In states where medical marijuana laws are passed, did prescription painkiller sales decrease?
5
Can marijuana cause seizures in children?