Do cigarettes emit three times as much particulates as an idling diesel engine?

Often smoking is compared to car pollution, and is said to be insignificant
But, according to this experiment

A turbo diesel 2 litre engine was started and left idling for 30 minutes in the garage, with the doors closed, after which the doors were left open for four hours. The car was fuelled with low sulphur fuel.
Three filter cigarettes were then lit up sequentially, and left smouldering for a further 30 minutes. The nicotine and tar content of each cigarette was 1 mg and 11.2 mg, respectively.
A portable analyser took readings every two minutes during the experiments.
Combined particulate levels in the first hour after the engine had been started measured 88 ug/m3. Those recorded in the first hour after the cigarettes had been lit measured 830 ug/m3: 10 times greater.

The quality of comments on this article isn't satisfying, most of are personal opinions, with no added-value, like:

These findings have already been discredited...by common sense.

However, when searching more, to know more their exact contribution in PM2.5 or PM1.0, I couldn't find better than a big 53% of PM1 where tobacco smoke is included: 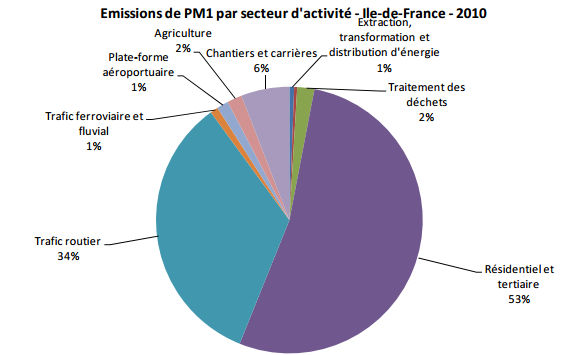 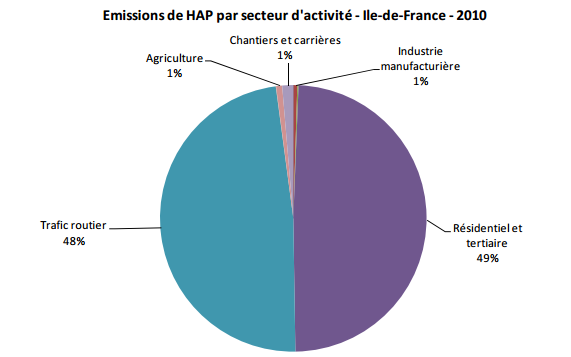 We can see that, many emissions more or less insignificant, form the 53% that is globally greater than road traffic.

I asked airparif (source of the charts) about the importance of tobacco smoke pollution source:
They gently replied me: (translated from French)

Particulate emissions in Ile-de-France for the year 2010 related to smoking are estimated at 110 tons. These particles emitted from cigarette smoke are considered to be PM2.5. For comparison, emissions from road traffic P2.5 for the same year is 3900 tonnes. Particulate emissions related to tobacco consumption therefore represent almost 3% of regional emissions of PM2.5 *, the average share may be higher locally.

*: the person forgot "from road traffic"

3% of car exhaust, so it would represent more or less the same of Residential and Tertiary emissions of PM2.5 (fireworks, aerosols, paints, dry cleaners,...)

So how would you interpret these figures?
Are there enough information or not, since tobacco smoke contribution in PM1.0 and less isn't measured?
What could be the exact proportion of the contribution of tobacco smoke in the air of midly smoking city (30% of the population)?

3
Do modern diesel cars emit fewer fine dust particles than they suck out of the air when driving in a big city?

9
Does smoking under three cigarettes a day prevent addiction?
13
Is nicotine a relatively safe substance?
42
Are electronic cigarettes a healthier alternative to regular cigarettes?
18
Does a cell phone emit 1000 times more radiation when its battery is low?
14
Does a cruise ship emit as much particulate per day as one million cars do?
20
Does smoking one joint give as much exposure to cancer-producing chemicals as smoking four to five cigarettes?
2
Have few, if any, studies on the health effects of particulate air pollution measured the actual exposure to particulates?