According to rumors, the S.S. Ourang Medan was a Dutch cargo ship whose crew mysteriously all died on the seas. The bodies were found in terrified postures, and when a rescue ship attempted to tow the ship back to land, a fire broke out and the ship exploded and sank.

Is there any truth behind this?

There's actually a Wikipedia article on this but I'm not sure how much is myth or fact.

Absence in registry of ships

There are no records of an SS Ourang Medan in Lloyds Register for 1946. You can find records of other ships with similar names - for example the SS OrangOutan!

Some of the stories about the SS Ourang Medan mention that an American ship named Silver Star heard the morse-code distress call and responded. Sometimes the Silver Star is described as a US Navy ship and sometimes as a US Merchant ship.

Lloyds register for a relevant period only contains mention of one ship with a name staring "Silver Star". A Canadian merchant ship, not a US ship. It's name was "Silver Star Park" not just "Silver Star". This ship had been sold and renamed by the time of the alleged sinking of SS Ourang Medan (1947, 1948 or 1952 - depending on which story you read).

The story seems to originate in a 1948 report in De Locomotief. 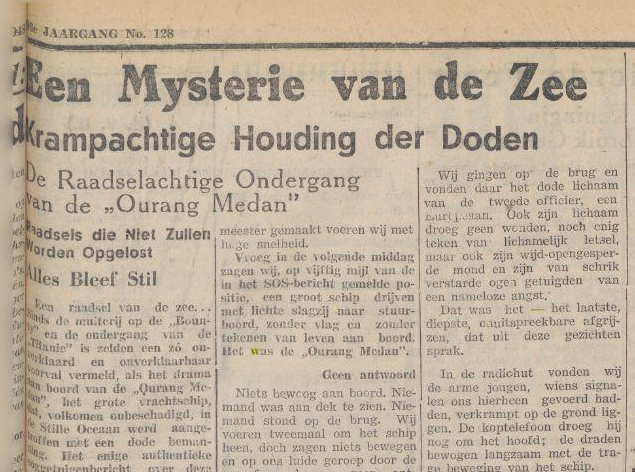 De Locomotief also reported on this story on two later dates. So there are a series of three reports on this subject: 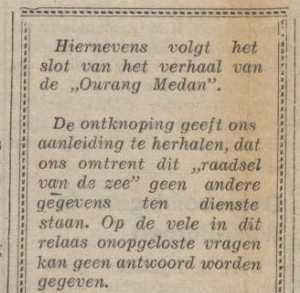 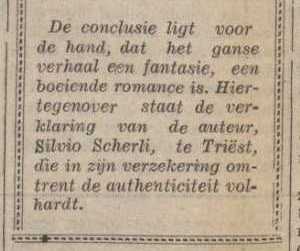 Alongside this is the finish of the story about OM. The conclusion leads us to repeat that we have no further details about this "puzzle of the sea". It is not possible to give an answer to the many questions that arise from this story. The conclusion is that the whole story is a fantasy, an interesting romance. Against this is the statement from the author, Silvio Scherli of Trieste, who persists in assuring its authenticity

Absence of other records

Google engrams finds no mention of Ourang medan between 1940 and 2008.

It finds plenty of references to the Mary Celeste.

The Ourang Medan is certainly a far less well-known story but if it's story had substance, I'd expect something more to have been written about it.

I'm not sure how much is myth or fact.

Proponents of this account have not firmly established any facts.

When a claim is made that something very unusual exists (e.g. a fairy who exchanges teeth for money), the onus is on the persons(s) making the claim to provide some reasonable evidence. It is unreasonable to expect others to provide evidence of non-existence. Therefore, until or unless some firm evidence emerges, it is reasonable to treat the claim as a myth.

Compare the case of the Mary Celeste of 1872. It seems unlikely that a similarly mysterious event in comparatively modern times (1947/8) would not be recorded more thoroughly in registries, newspapers or court records of the time.

Not the answer you're looking for? Browse other questions tagged history mortality transportation netherlands .

21
Did (Does?) the Shaolin Wooden Men labyrinth exist?
32
Did the early dark ages exist?
15
Are 10% of deaths in the Netherlands due to euthanasia?
38
Did a nuclear blast devastate Port Chicago on July 17, 1944?
23
Did the biblical King David exist?
33
Did Muhammad exist?
148
Is this a ship-shipping ship, shipping shipping ships?
82
Was an elderly woman forcibly euthanized in the Netherlands?