There is a board game from the 90's called 'Mind Trap' in which players must solve tough riddles. One of the riddles goes like this:

Sid Shady claimed that he developed a special insulation for high powered electrical lines. He said the insulation is guaranteed to save thousands of birds who unwittingly land on the lines and are electrocuted each year. [..] What was wrong with Shady's claim?

High powered electrical lines have such a strong magnetic field that is virtually impossible for birds to land on them. The magnetic field will actually repel the birds.

That sounds like hogwash to me. However, over the past few years I've noticed I have never once seen a bird sitting on a high-voltage power-line.

So, are birds really magnetically repelled by high-voltage power lines?

Someone here asked the same question, and the consensus seemed to be that birds don't land on the wires because "a bird's sense of direction is governed by magnetic fields."

However, note that they also concluded that the birds wouldn't be shocked by the wires because they're not grounded, which I'm fairly certain is incorrect.

A simple google search for images using the term "birds power lines" will show many pictures revealing birds sitting on power lines such as this one (source is here): 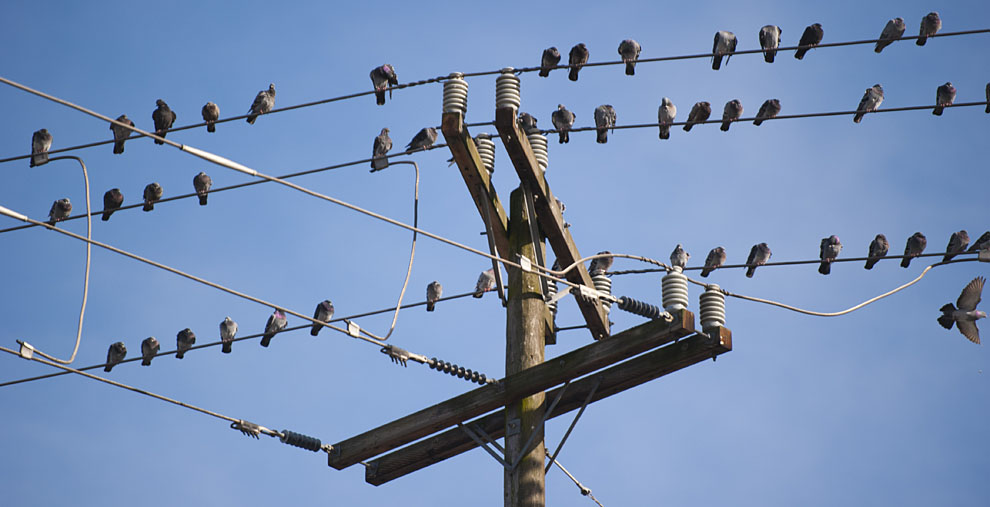 Or, for those who think only high voltage power lines are the issue, this one (source): 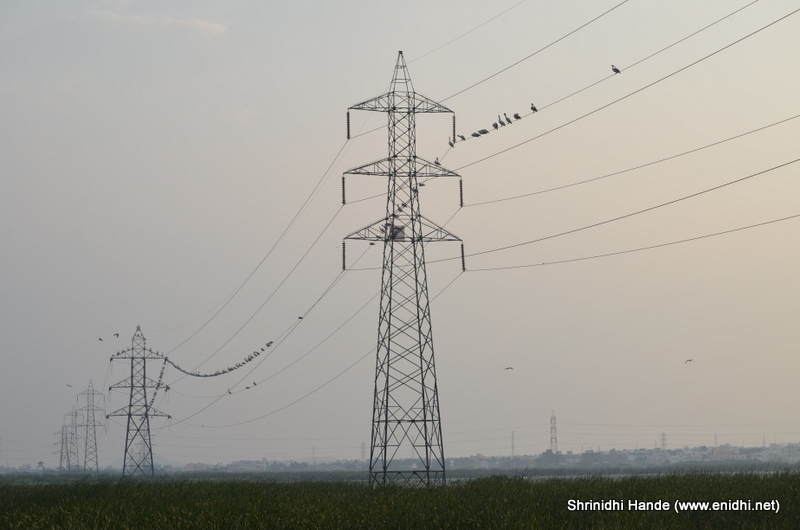 So the premise of the question--birds don't sit on power lines--is demonstrably wrong.

We could probably work this out by noting the actual magnetic fields around power lines are small (see here for actual numbers and note these are millions of times smaller than the fields in medical MRI scanners which don't repel the people they scan who are made from the same stuff as birds). To clarify for those who referenced the youtube videos of diamagnetic levitation, the issue is about field strength and the magnitude of the force. Small animals and diamagnetic objects can be levitated in extremely strong magnetic fields (say 10 Tesla or so, similar to the fields used in the largest MRI scanners which don't cause enough force for even a medium sized animal to notice). The fields around power lines (which you could calculate for yourself from basic physics) are a few micro-Tesla even near the line. This is a million or so times smaller than the fields used to levitate small diamagnetic objects and weaker than the earth's magnetic field which varies from around 25 to 60 micro Tesla.

The birds also don't get electrocuted as they have no path to earth.

It is possible that even a small field could disrupt a magnetic sense of direction (as some birds are thought to have), but the field decays rapidly with distance and birds don't need to navigate when they can see where they are so the idea is, again, implausible.

Not the answer you're looking for? Browse other questions tagged biology electromagnetism .

23
Does electromagnetic radiation from high energy power installations have negative effects on health?
27
Is it possible to obtain current indirectly from power lines?
24
Are passengers inside cars protected from lightning because of the tires?
17
Are birds pushed out of the nest?
15
Are electronic power consumption "smart meters" an invasion of privacy?
15
Does plucking the feathers from live and conscious birds cause them pain?
8
Are these "necropants" trousers made from human skin?
32
Has anyone been caught using inductive coupling to steal power?