Were terror attacks proposed to gain political support for a war against Cuba?

Recently I've been seeing this image make its way around Facebook, 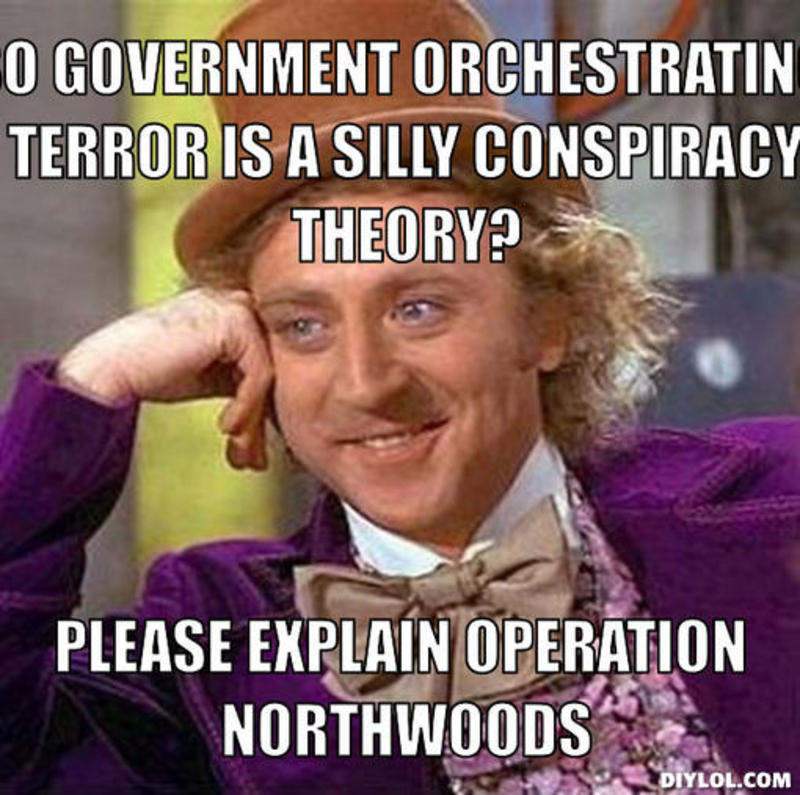 I didn't think much of it at first, but I eventually decided to google "operation northwoods". After doing so, I found quite a significant number of people who seemed to claim that in 1962, there was a proposal by the Department of Defense to execute an operation where U.S. personnel would disguise themselves as agents of the Cuban government and to engage in terrorist attacks on the U.S. base at Guantanamo Bay. It also called for terrorist attacks within the United States that would be conducted by pro-U.S. forces disguising themselves as Cuban agents.

Operation Northwoods was a series of false flag proposals that originated within the Department of Defense (DoD) and the Joint Chiefs of Staff (JCS) of the United States government in 1962. The proposals, which called for the Central Intelligence Agency (CIA), or other operatives, to commit perceived acts of terrorism in U.S. cities and elsewhere, were rejected by the Kennedy administration.
At the time of the proposal, Cuba had recently become communist under Fidel Castro. The operation proposed creating public support for a war against Cuba by blaming it for terrorist acts. To this end, Operation Northwoods proposals recommended hijackings and bombings followed by the introduction of phony evidence that would implicate the Cuban government.
It stated:
The desired resultant from the execution of this plan would be to place the United States in the apparent position of suffering defensible grievances from a rash and irresponsible government of Cuba and to develop an international image of a Cuban threat to peace in the Western Hemisphere.
Several other proposals were included within Operation Northwoods, including real or simulated actions against various U.S. military and civilian targets. The operation recommended developing a "Communist Cuban terror campaign in the Miami area, in other Florida cities and even in Washington".
The plan was drafted by the Joint Chiefs of Staff, signed by Chairman Lyman Lemnitzer and sent to the Secretary of Defense. Although part of the U.S. government's Cuban Project anti-communist initiative, Operation Northwoods was never officially accepted; it was authorized by the Joint Chiefs of Staff, but then rejected by President John F. Kennedy. According to currently released documentation, none of the operations became active under the auspices of the Operation Northwoods proposals.

Initially, this struck me as "just more conspiracy theory", but after seeing the amount of sites that reference this, I'm starting to wonder if there is actually credibility to this.

Is there any evidence of Operation Northwoods actually being proposed?

The document in which the actions mentioned were proposed is named, dated and given an author in reputable publications, including the New York Times and Evan Thomas' life of Robert Kennedy and the Associated Press. All quote it as a 'recently declassified memo' The Wikipedia article gives other references. It is pretty inconceivable that the memo is a hoax.

However we should beware of excessive outrage on this subject. It's clear from all the sources that the 'proposals' were never acted on, and we have no records of the context. The writers may have been asked to submit all ideas, no matter how outrageous. Or they may have been proposed seriously. We don't have that information.

Not the answer you're looking for? Browse other questions tagged united-states politics terrorism .

12
Was an amendment proposed making everyone in favour of a war liable for military service?
6
Following the attacks on Benghazi, did "thousands" of Libyan people show their support for Chris Stevens?
50
Did Donald Trump express support for the Iraq war?
69
Were World War II scrap drives in the United States truly necessary for the procurement of raw materials?