Did Hitler design the VW Beetle?

It if often cited that Adolf Hitler designed the VW Beetle. Is there any truth to this myth, did he perhaps commission it?

It seems strange that a car supposedly designed in the 30s could have been in production for so long.

No, he did not design it. It was designed by Ferdinand Porsche.

It was however commissioned by Hitler. Hitler met with Porsche in 1933 and asked him to develop a cheap good car affordable for everybody, a "Peoples Car". Porsche was a natural choice for this, because he in fact already had developed such a car, the Porsche Type 12, produced by Zündapp from 1931. 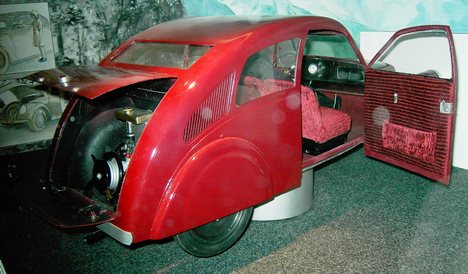 In 1932 he produced the Porsche Type 32, a car quite strikingly similar to the Volkswagen, including having a 4-cylinder air cooled engine. 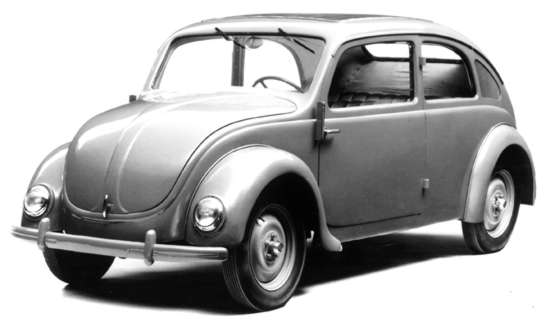 Claiming that Hitler designed the Beetle is hence nonsense, as Porsche's Type 32 has most of the striking design and many of the Beetle's technical elements in place, well before Hitler and Porsche ever met, and looks more like a Beetle than the alleged sketches by Hitler.

There is no reliable evidence that this is the case

What information is available?

According to the Hitler Historical Museum, possibly biased, Hitler did design it on a piece of paper or a napkin.

Sitting at a restaurant table in Munich in the summer of 1932, Hitler designed the prototype for what would become the immensely successful Beetle design for Volkswagen
—source

However — according to practically any other source I could find — Hitler commissioned the Beetle to Ferdinand Porsche, and gave design specifications (speed, size, cost) - but the actual work was done by Porsche.

Impressed by Porsche's design capabilities, Hitler delivered him the design brief of a car that could carry two adults and three children at a speed of 60mph with at least 33 mpg. The price was to be 1000 Reichmarks, not much more than a motorcycle at the time.
—source

Given the possible bias of the museum, I am inclined to give more credence to the more common version: Hitler did indeed commission the Beetle, but did not do the actual design of it.

What about the evidence?

There is clear evidence that Hitler commissioned the Beetle — see for example this picture of Hitler examining an early prototype at a Volkswagen factory with Porsche. 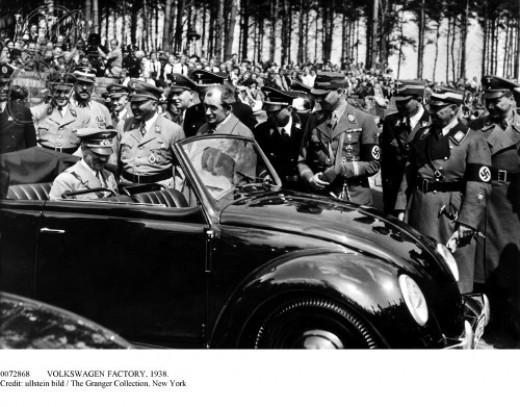 Regarding the sketches — purportedly hand-drawn by the dictator himself — there are two versions circulating on the Internet and none of them seems to come from a reliable source.
Furthermore, they look very different — they can't possibly be both true.

All in all, I find this evidence unconvincing for the above reasons. 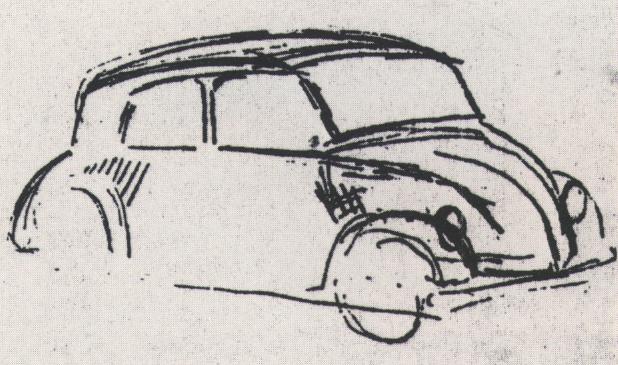 48
Were Hitler and the Nazis obsessed with the occult?
33
Did Hitler survive until 1962?
23
Are Adolf Hitler's DNA samples available?
10
Did Hitler borrow his mustache from Chaplin?
10
Was Leonardo da Vinci a polyphasic sleeper?
20
Was Hitler a vegetarian?
11
Was the Nazi Hakenkreuz logo based on the Indic swastika?
4
Did Hitler say: “My mother was an ordinary woman, but she gave Germany a great son”?