Do lakes and seaside areas have less snow? Why?

A friend claimed that areas near lakes or the sea have less snow, a theory she heard on a visit to Lancaster, England, which is near the Lake District as well as the Irish Sea and so would feel the effect of this phenomenon.

I’ve reviewed the information I can find on lake-effect snow and everything I can find suggests the opposite. Is this a real phenomenon? Why does it happen?

Yes, they do have less snow

...because large bodies of water do affect the climate in its immediate surroundings.

Large bodies of water act as heat reservoirs in winter (and heat sinks in summer). This means that the onset of winter will be later in the year near a coast, because the heat from the water will raise the ambient air temperature.

Below is a map over Sweden, from the Swedish Meteorological and Hydrological Institute, showing the average date of when meteorological winter begins (source, in Swedish).

You can see that near the coasts, winter comes noticeably later. Also large lakes — Vänern, Vättern and Storsjön can be seen clearly — delay the onset of winter.

And you can also see where Norway and the Scandinavian Mountains "shields" large parts of western Sweden from the warm winds of the upper part of the Gulf Stream. 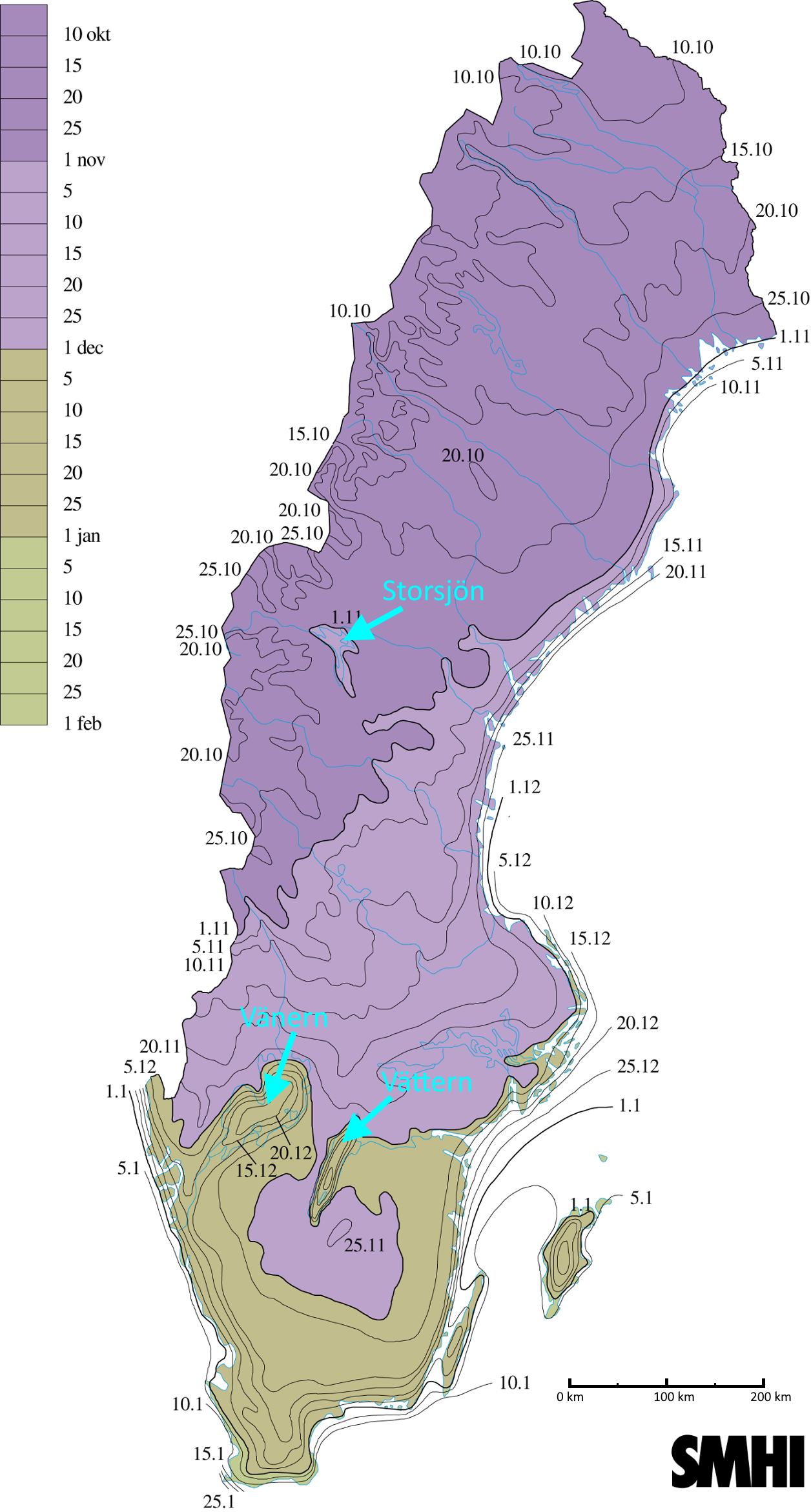 Not the answer you're looking for? Browse other questions tagged water weather meteorology .