There is currently a vehement debate in the Italian media about animal rights activism and experimentation on animals.

Caterina S., a person with four genetic diseases, publicly demonstrated her support for animal experimentation by stating that she was alive only thanks to it. 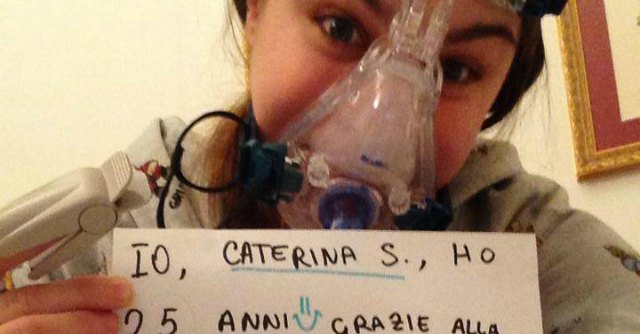 She was subsequently answered with death threats from (supposed) animal rights activists.

This induced a media frenzy. More than one biologist stated that animal experimentation is not only a useless cruelty, but also bad for research, and that it can be substituted by other means of experimentation. In particular Dr. Penco advocates using donated organs as test subjects:

Thanks to my scientific knowledge [...] I am convinced that, even for the most frightening diseases, that of which you do not know the causes and that greatly reduces the quality of life, it is precisely animal testing that makes it more difficult to find solutions and healing sick people.

Is this true? Does animal experimentation delay results in medical research?

There is a serious debate about how good animal models are in predicting the effect of new drugs on humans. This is a very complicated issue, and the answer is very likely to be completely different for different animal models.

There are indications that some animal models that were widely used turned out to be almost useless. One example is shown in the paper "Genomic responses in mouse models poorly mimic human inflammatory diseases" published in PNAS (see also the blog post from Derek Lowe on this paper):

Here, we show that, although acute inflammatory stresses from different etiologies result in highly similar genomic responses in humans, the responses in corresponding mouse models correlate poorly with the human conditions and also, one another.

Conclusions Discordance between animal and human studies may be due to bias or to the failure of animal models to mimic clinical disease adequately.

There are multiple reasons why animal studies would fail to correctly predict the result of specific drug candidates in humans. There could be fundamental differences in the biology between e.g. mice and humans in the specific parts affected by the disease and the drug candidate. But there are also some indications that the problem is in part due to flaws in the animal studies themselves. The paper "Can Animal Models of Disease Reliably Inform Human Studies?" published in PLOS Medicine states:

Systematic flaws in animal studies and issues like publication bias are something that can be changed, they are not an unavoidable issue. Cases where the biology is too different between the laboratory animals and humans are much more difficult.

The fundamental issue is that we just don't have anything better available than animal experiments in most cases. Studies in humans have to meet very high ethical barriers. And in vitro experiments and cell cultures are much, much farther away from the actual human biology than even the flawed animal models. Derek Lowe writes about animal experiments from the perspective of a chemist in the pharmaceutical industry::

So that's my answer: we use animals because we have (as yet) no alternative. And our animal assays prove that to us over and over by surprising us with things we didn't know, and that we would have had no other opportunity to learn. We'd very much like to be able to do things differently, since "differently" would surely mean "faster and more cheaply". None of us enjoy it when our compounds sicken healthy animals, or have no effect on sick ones. Just the wasted time and effort alone is enough to make any drug discoverer think so. There are billions of dollars waiting to be picked up by anyone who finds a better way.

Animal models are certainly problematic in many cases, but they are still the best we have. There are no real alternatives in most cases.

Not the answer you're looking for? Browse other questions tagged medical-science biology zoology .

17
Are animal experiments unnecessary for toxicological studies?
45
Has most peer-reviewed research on homeopathy given positive results?
7
Do medical clowns help patients?
9
Is gratuitous farm animal abuse condoned by the USDA?
6
Is an imminent volcanic eruption the most plausible explanation for the Yellowstone animal exodus?
10
Is there any benefit to leaving Animal Planet on when leaving a cat alone?
16
Does cupping have medical benefits?
8
Does animal protein consumption cause inflammation?