Is it dangerous to vacuum-clean motherboards (and other electronics)?

I've been informed that using the standard household vacuum cleaner's blower attachment to clean motherboards (and the insides of laptops and desktops in general) is dangerous due to the possibility of damaging electronic components. This apparently happens because of possible static electricity build-up on the device.

The Metro Vacuum Datavac advertises itself as an Electric Duster specially designed to avoid this problem. Its most popular review states:

The positives vs vacuuming the PC, or using a standard compressed air can, outweigh the negatives. The risk of accidentally damaging a component or creating a static discharge when using a vacuum is higher (although I have never had this happen). 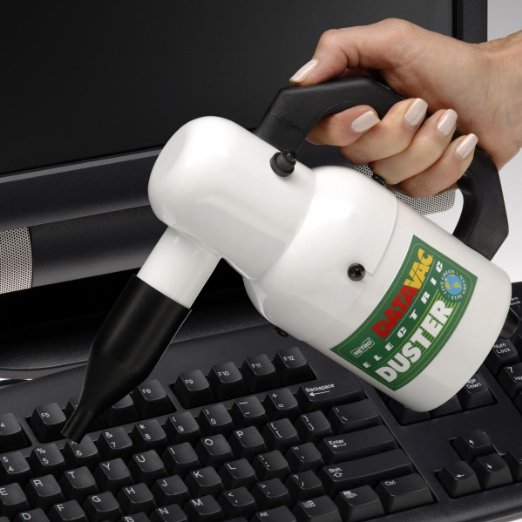 This product is one among many which claim to be specially designed to avoid static build up and therefore be safer for use with electronics.

Sites such as this and this seem to largely concur with the static build-up claim. The latter states:

It’s bad to clean the inside of your computer with a vacuum cleaner because vacuuming creates a large static build up that could (and most likely will) discharge into the sensitive electronics inside your computer case. There are specialized vacuum cleaners designed for cleaning out computers and electronic equipment but given the limited amount of use a single user would get from such a purchase it’s not a very wise one—they start at $300+ and can easily break the $1000 price barrier.

computers electronics
Share
Improve this question
edited May 25 '14 at 15:40

Can static electricity build up in vacuum cleaners, and in particular, their nozzles?

Yes, vacuum cleaners can indeed build up a noticeable static charge. The amount of charge buildup can vary depending on several factors, such as the type of vacuum cleaner used, the amount and type of dust present, and, as with any static buildup, ambient air humidity.

The main source of this static buildup appears to be from dust particles striking the walls of the plastic inlet nozzle / tube, picking up a charge (and leaving an opposite charge on the nozzle) through the triboelectric effect. Thus, the charge accumulates not only on the body of the vacuum cleaner, but also on the nozzle and the hose. In fact, this can be quite easily observed by vacuuming the floor in dry weather: some dust tends to cling to the top side of the nozzle, and can be quite resistant to attempts to remove it.

Are "electric dusters" necessary? Or can simpler alternatives or basic modifications to the household vacuum cleaner solve this issue?

I regularly clean my computers with an ordinary floor vacuum, and have never experienced any static damage. However, that may well be because I've known about this risk for a long time, and have always taken a couple of simple precautions to avoid it:

There are, apparently, also special anti-static vacuum cleaner nozzle / hose assemblies that work on the same principle (ensuring that the nozzle is conductive and grounded). See the patent cited below for one example.

How are the designs of "electric dusters" different to common vacuum cleaners?

I've never used one of those "electric dusters" specifically made for cleaning computers, but I suspect they're based on a similar principle. For example, the one you linked to in your question is advertised as having "sturdy all-steel construction", which would presumably ensure that any static buildup is immediately discharged to ground through the operator's hand.

(Also, the "electric duster" appears to blow air out through the nozzle rather than sucking it in, which may indeed dislodge dust a bit more effectively, as long as you don't mind it being scattered everywhere. This has nothing to do with static electricity, though.)

Have there been any cases of motherboards, or electronics in general, being damaged due to static discharges through the use of vacuum cleaners?

As noted above, I have never managed to damage any electronics with static (as far as I know — static damage is invisible and hard to distinguish from just random equipment failure), with or without a vacuum cleaner. I have also been unable to locate any verifiable reports of someone damaging their computer through static from a vacuum cleaner — alas, it just doesn't seem to be something that people would write up and publish. Thus, for now, I'll have to state that I cannot offer a positive answer to this part of your question.

44
Is leaving a computer running better for it than turning it on and off?
9
Does opening a laptop and cleaning it from dust make it live longer?
8
Do electronics have a startup cost?
14
Could phone and electronics batteries be recharged by a lightning strike?
26
Is using “sleep mode” wasteful and harmful to a computer?
22
Are British plugs safer than all other plugs?
3
Did Marconi steal and patent Jagadeesh Chandra Bose's wireless technology?
21
Does turning the lamp in my classroom off and on use more energy than it being turned on for 30 minutes?