Did people use to urinate everywhere at fancy balls?

My history teacher once told us about how several centuries ago people in Europe who were guests at fancy balls and masquerades used to urinate on curtains, under stairs and in dark corners of dimly lit halls, because it was too cold outside or simply because not many bothered to go to an outhouse, restroom or what had they at the time.

Teacher also told us that folks used to camouflage the stench with powerful colognes, which is more believable, considering not every person had enough time to bathe thoroughly so as to naturally smell nice, but I'm interested in the urination bit here, as I couldn't find much evidence to this on the net.

It is clear that in the twenty first century, people, especially intoxicated people, occasionally urinate in inappropriate places. There's no reason to believe that people were any different a few hundred years ago.

However, several centuries ago it was not normal to urinate on curtains

The sanitary needs of Tudor courtiers at Hampton Court Palace were met in a variety of ways. The lodgings of the senior members of the court, such as those in Base Court, had their own garderobe shafts. Some used piss-pots, like the Tudor pot excavated and displayed at Hampton Court (still containing traces of Tudor urine). Lower-ranking members of the court would use the ‘common jakes’ in the south-west corner of the palace, later known as the Great House of Easement, where lavatories drained via the moat into the river. Fourteen people could be seated here simultaneously. 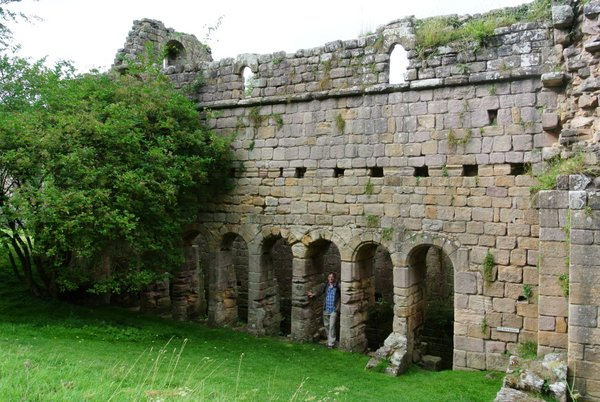 Toilets on two levels over the river Skell at Fountains Abbey, a Cistercian monastery founded in 1132.

As for "not have time to bathe thoroughly" - probably nobody bathed in a way that would be considered thorough today. Not for lack of time but simply because it wasn't thought necessary.

everyone stank, no one noticed it or recorded it for history. Sensitive souls might bury their faces in nosegays or scented hankies when a long-unwashed regiment tramped past, but most of our forebears remained as blissfully unaware of their stench as we are of the growing foulness of our air.

From Coming Clean in Colonial America

25
Did Iraq have the use of electricity 5000 years ago?
13
Did Jesus use cannabis?
14
Did secret police in the Eastern Bloc use X-ray machines to give people cancer?
33
Did raising a Japanese freighter by means of ping pong balls happen?
5
In ritualistic use, did "virgin blood" originally mean "unused blood"?
24
Did 3000BC Egyptians use meteoric iron weapons?