Did the Paul Walker crash happen at ~45 mph speed?

Heavy.com report that the car crash that killed actor Paul Walker was at about 40-45 miles per hour (64-72 km/h). They cite an NBCNews tweet:

However, images of the car being reported in the press looks like it was flying along before it met the tree. 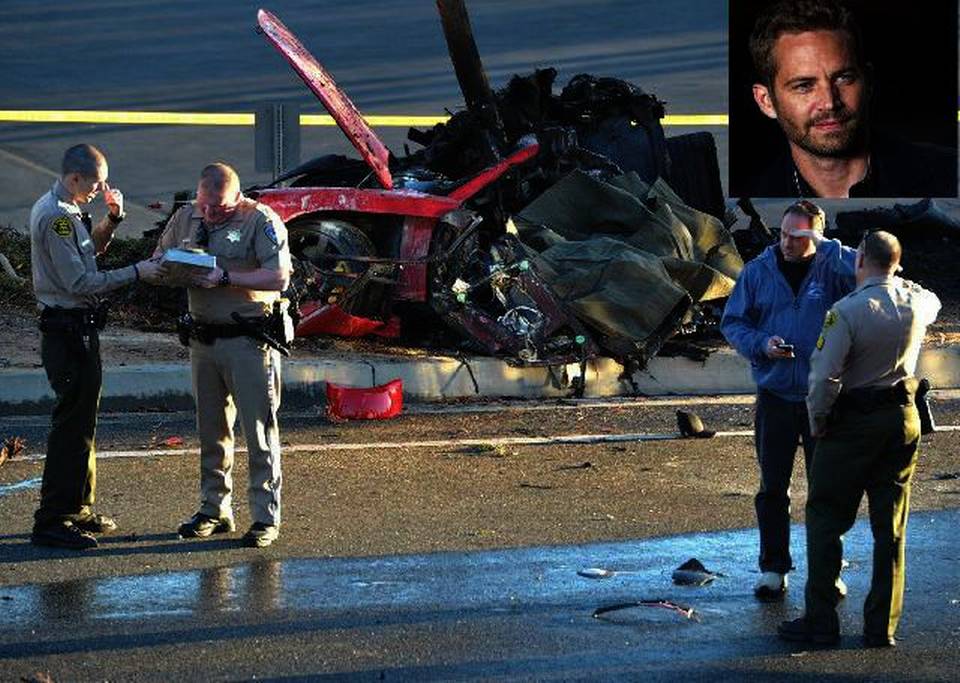 Did the crash happen at such low speeds?

The coroner's report stated that the impact occurred at over 100 miles per hour. (LA Times)

"Fast and Furious" actor Paul Walker and his friend were traveling at more than 100 mph when the Porsche they were in crashed, killing them both, according to a coroner's report released Friday that offers the first detailed account of the Santa Clarita wreck since it occurred Nov. 30.

The L.A. County Sheriff's Investigation concluded the car was travelling up to 93 mph (LA Times):

The high-performance Porsche that "Fast & Furious" actor Paul Walker was riding in was traveling up to 93 mph when it crashed and burst into flames, killing him and the driver, an L.A. County Sheriff's investigation found.

This was based on "surveillance videos and electronic data retrieved from the car’s computers".

These reports came out much later than the report you base this question on, but there were earlier signs that the initial reporting should have not been taken as a reliable source.

There are a few heuristics that are useful when judging the accuracy of hot news items.

Specifically, see items 1, 2, and 3 from On the Media's "Breaking News Consumer Handbook":

The source you linked to says, "NBC is quoting unnamed police sources", which implicates the second and third of those heuristics. The first suggests that we look for more recent reporting.

This story from People, which is a more recent source, says:

Los Angeles County Sheriff's detective Jeff Maag tells PEOPLE the driver "was doing well over 45 — [it's] fair to say at least twice that."

And also that even this estimate is uncertain:

Maag says it will take days or even weeks to complete the investigation and conclude exactly how fast the car was going [...]

11
Do the majority of people go 80 mph on the motorway?
42
Is driving the speed limit on a highway safer?
12
Did the Renault Espace sell only 9 cars when it was launched?
32
Did 9/11 lead to many deaths due to car accidents "dwarfing" the attacks themselves?
26
Does the establishment of a legal upper speed limit on highways lead to a reduction in traffic deaths and accidents?
18
Did the US ban the Volkswagen XL1 for being too fuel efficient?
8
Would lowering the speed limit in NYC by 5mph lower the number of pedestrian deaths by a factor of 2?
53
Was the Ford Model T black because of the speed black paint dries?
20
Did a man complain that his Pontiac wouldn't start whenever the ice cream he picked up was vanilla?