President Obama was known to be heavy marijuana smoker in his teen & college days. His nickname was "Barack Oganja".

The following image accompanied the text. 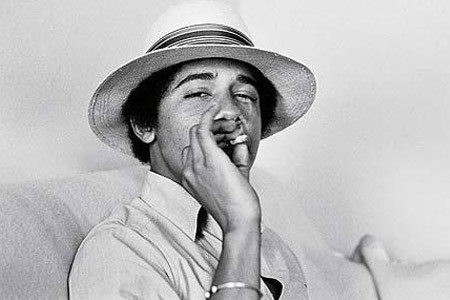 As I write this, the tweet has been retweeted 4,174 times and favourited 2,448 times. This claim has also been made on Facebook (332,000 likes) and other random sites.

If this is completely fabricated, please (try to) point out the source of this rumour.