Did Malala Yousafzai ever say “socialism is the only answer”?

I just saw this picture making the latest rounds today on Reddit's /r/socialism. The picture has the quote attributed to Malala Yousafzai, 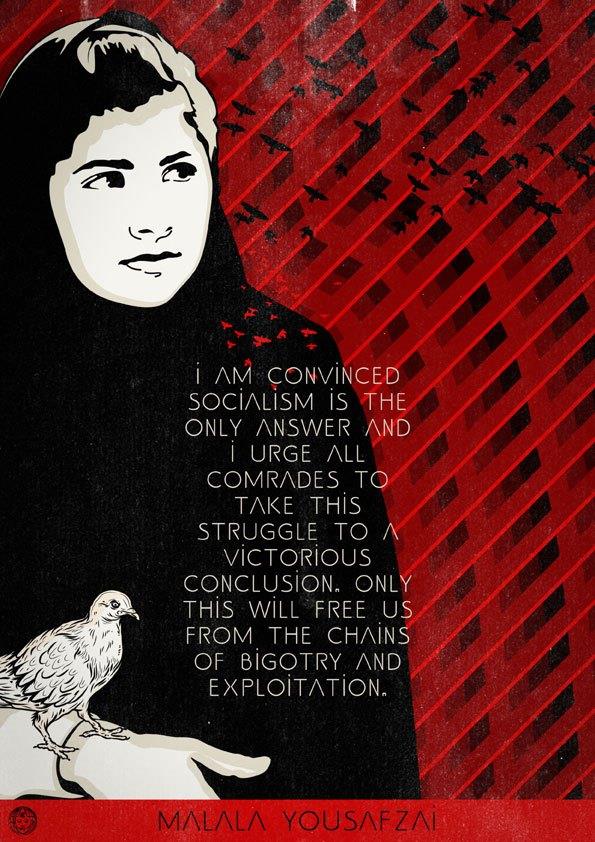 I am convinced socialism is the only answer and I urge all comrades to take this struggle to a victorious conclusion. Only this will free us from the chains of bigotry and exploitation

I've seen other claims of the same sort, Malala as the author of a letter received at a conference.

I am convinced Socialism is the only answer and I urge all comrades to take this struggle to a victorious conclusion. Only this will free us from the chains of bigotry and exploitation. - Malala Yousafzai

Marxist.com states that Malala said these things in a letter:

Comrade Javed Iqbal, a Pakistani comrade from Birmingham in the UK, intervened to read out a message that had been sent from Malala Yousafzai, the young sympathiser of the Marxist Tendency famous for her part in the struggle for the right to education for girls in Pakistan.

“First of all I’d like to thank The Struggle and the IMT for giving me a chance to speak last year at their Summer Marxist School in Swat and also for introducing me to Marxism and Socialism. I just want to say that in terms of education, as well as other problems in Pakistan, it is high time that we did something to tackle them ourselves. It’s important to take the initiative. We cannot wait around for any one else to come and do it. Why are we waiting for someone else to come and fix things? Why aren’t we doing it ourselves?

“I would like to send my heartfelt greetings to the congress. I am convinced Socialism is the only answer and I urge all comrades to take this struggle to a victorious conclusion. Only this will free us from the chains of bigotry and exploitation.”

I believe this is a video of this speech where her letter is read. If you look at the IMT page for the event, you’ll notice that the picture gallery at the bottom of the page shows the same woman (she enters at 1m0s) in the move. Unfortunately, we don’t have a translation, nor do we have acknowledgement that the letter is official, but the speaker does seem to say “Malala” quite a bit, and the video is tagged “Pakistan”, “Malala Yousafzai”, “Swat District”, “International Marxist Tendency”.

It goes on to say, “A close friend of Malala was also present at the congress, who was on the bus when the girls were attacked. She spoke, making some comments and reading out a poem.”

Malala as a socialist.

While the words of the letter are harder to tie to Malala, her connection with Socialism is not. If you wanted to make that connection then outside of the claims in this letter, we have photographic evidence of her at an IMT conference in Swat, and mentions in two Indian newspapers.

Here she is speaking at the International Marxist Tendency (IMT) (a Trotskyist group) in the Swat valley which was covered not just by Marxist.com but by Dailytimes.com.pk. 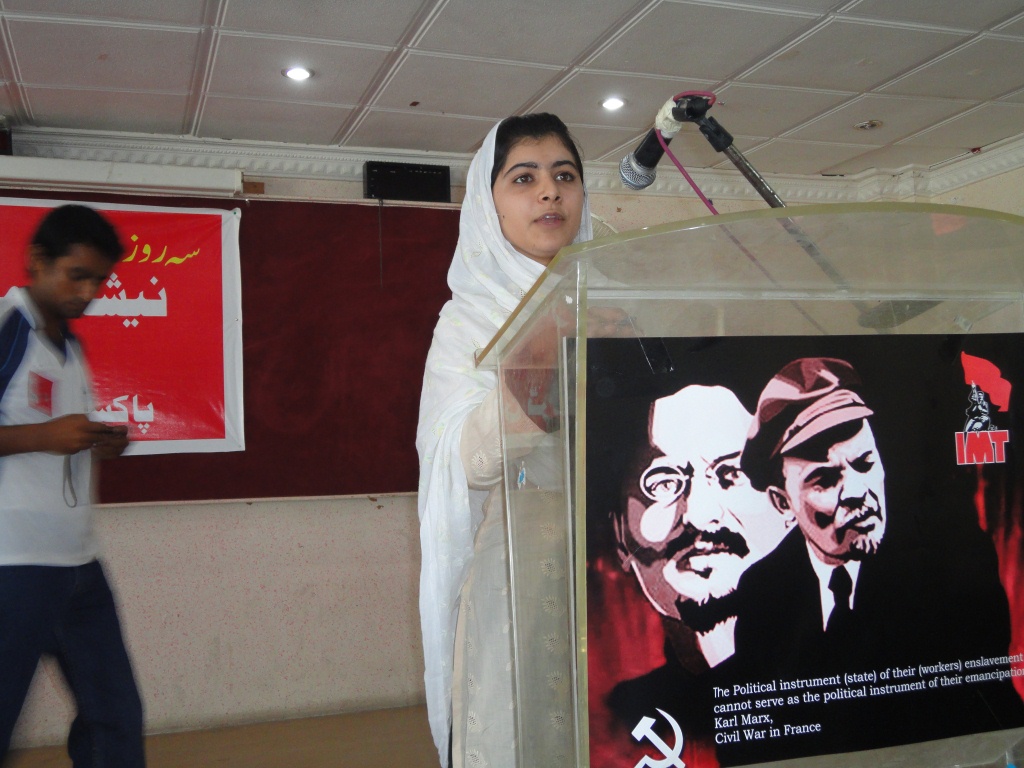 The Hindu, a Chennai-based English-Indian daily newspaper, acknowledged this claim by IMT of Malala's participation as early as October 12, 2012:

Now that the International Marxist Tendency has posted a report following the attack that Malala had attended a National Marxist Youth School in Swat in July, another line of conspiracy theories is sure to emerge regarding how she was a communist and la-deen (irreligious).

7
Did Marie Curie say “Nothing in life is to be feared, it's only to be understood.”?
21
Did Fidel Castro ever say “I will not die until America is destroyed”
5
Did Maxim Gorky say “You must write for children the same way you write for adults, only better”?
3
Did Karl Marx ever say “Life is struggle”?
9
Did Charles Dickens say “The New Testament is the very best book that ever was or ever will be known in the world.”?
14
Did Henry Ford ever say “any color he wants as long as it’s black”?
6
Did Lenin ever say that you could “destroy society through music”?
6
Did Erwin Schrödinger say there is only one mind in the universe?
8
Did Alain Finkielkraut say that “the left no longer has ideas, only enemies”?