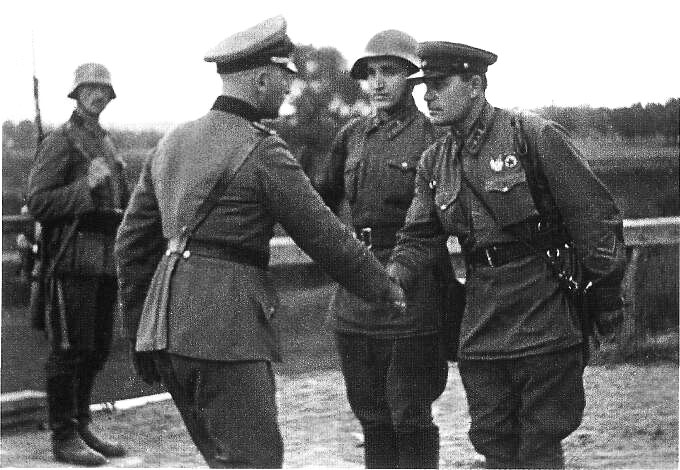 13
Did the USSR have 21 thousand tanks at the beginning of WW2?
11
Was Stalin planning to attack Germany?

48
Were Hitler and the Nazis obsessed with the occult?
29
Were there any Jews among the Nazi top people?
21
Did the Soviet Union ban microwave ovens in 1976?
30
Were the Japanese suing for peace prior to the bombings of Hiroshima and Nagasaki?
1
Does Liberation Theology have its roots from the KGB and the Soviet Union?
5
Were many Ukrainian and Polish women raped by Soviet soldiers during the WWII?
3
Did the amount of bureaucrats increase in the immediate aftermath of the Soviet Union?
13
Did 57% of people in France believe that the USSR contributed the most to the defeat of Nazi Germany in 1945?
7
Did 40% of the NKVD (Soviet police) leadership have Jewish nationality?