Is it possible for Armavir to see ballistic missile over Mediterranean (how high was it)? [closed]

Some time ago there were several statements about missile launch detection over the Midterranean using russian Station Armavir:

Armavir radar station’s quick detection of the launch of two ballistic missiles near the Syrian coast success for Russia’s missile defense system. A radar station Voronezh-DM located at Armavir covers more than 3,7 miles , including the entire Black Sea and Mediterranean. A radar station located at Armavir tracked the launch of two missiles that dropped into the sea. the launch was a joint Israeli-U.S. missile experiment. the Armavir radar station that detected the ballistic launch performed in accordance with its specifications: Its coverage extends to 6,000 kilometers (3,728 miles), including the entire Black Sea and Mediterranean.

The launches took place at 10:16 am Moscow time (0616 GMT) and were detected by the ballistic missile early warning system in Armavir in southern Russia, the defence ministry said

There is already question about that here: Were two ballistic missiles fired from Spain towards Syria?

But in my question I want focus on geometry and radio wave propagation through atmosphere.

We can check that there are two types of radars (check page 10 of the Navy's PDF): above the horizon and beyond the horizon (OTH). First type uses straight lines from radar to the target and OTH uses "HF or 'High Frequency' range is the part of the electromagnetic spectrum between 3MHz and 30MHz." which is mirrored by some layers of atmosphere and radio wave propagate as polygonal chain (piecewise line). First type is limited by line-of-sight and second is not.

Voronezh-DM is declared as first type of radar and it uses straight line because of frequency of 0.1m (UHF) - which is between 300 MHz and 3 GHz and not in range of 3 and 30 MHz.

Armavir is located at distance of at least 700 miles (1100 km) from nearest point of Syria (I checked for Latakia, using data from 1): 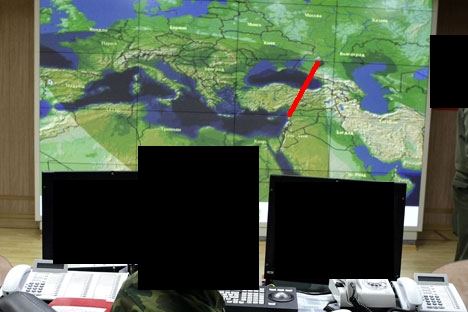 So the question is to imagine how high should fly the "test ballistic missile" above Mediterranean (Cyprus, Latakia) to be visible for the above the horizon radar in Armavir.

There are some formulas here: http://www.navymars.org/national/training/nmo_courses/nmoc/module18/14190_ch1.pdf page 10, but I can't apply them correctly. Also I'm not sure that the World Goverment and their The Army allows Internet everyman to know true formulas for long-distance radar horizon computation. I believe there is some refraction in the air at high altitude for 0.1 m UHF radio waves.

As I think, the something what was called the "test ballistic missile" was not the classic ballistic missile which can be used by Syria or Iran (Scud of 300-500 km range). Instead, it was the real outer space rocket with maximum altitude greater then 100 km, or kind of anti-satellite missile (capable of destroying of ISS space station).

The missile is currently used as a target missile to test the Arrow anti-ballistic missile system.

The Silver Sparrow version was first tested on September 2, 2013.[7] The launch from the Mediterranean was detected by a Russian ballistic missile early warning radar at Armavir,[8][9]

Can somebody recompute 2000 km range to the maximum altitude? 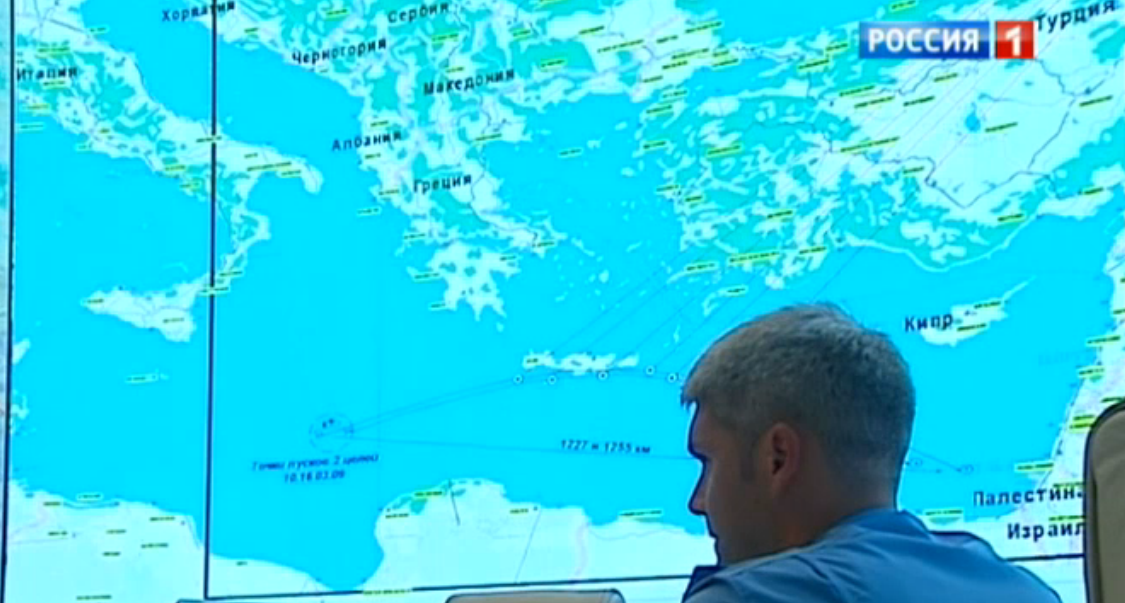 I'll copy his version, but I still want to see the actual computations and information on refraction.

Apogee for the Blue Sparrow has been demonstrated at 100 km.

However, the likely radar tracking the test is not the Armavir-based BMEW. At a range of about 1500 km, with an elevation of about 200 meters for the Armavir site, you get visibility of a Blue Sparrow at apogee at just under 1400 km. At that range the target would appear to be just coming above the horizon. One small problem: there are mountains in Turkey, and they're in the way! Terrain is pretty consistently at about 5000 feet in elevation on a line of sight between the Armavir radar and the launch area in the eastern Med. Basically, Blue Sparrow isn't getting high enough for anyone to see it. Plus, if you want to throw in the "but maybe it was an OTH-SW" or "well maybe Voronezh can be an OTH-SW" argument, great...but the target is still going to be in the blind zone manifested downrange by the terrain, and therefore invisible. The only way Armavir makes any sense at all mathematically is if the target missile had a much higher apogee, but physically it seems to be topping out at about 100 km based on the motor characteristics and mass. Prior launches only hit apogees of about 40 km max, although they were using the Black Sparrow target designed to simulate slower SRBMs. Silver Sparrow is supposed to be a new system emulating more capable threats than Blue Sparrow, but little info is available and even if you jack up the apogee substantially (which you really can't, it's supposed to be about the same size as Blue Sparrow) there's still the issue of Turkish terrain. And actually, the report seems to indicate that this was in fact potentially a Silver Sparrow test as it mentions a new Sparrow variant. Plus the report at the link mentions that they detected the launches, but they did not specify with what system.

Anyway, if they could track the target missile using a radar site (like one of the ships in the Med), they'd also be able to potentially track things like SCUDs fired within Syria. What likely happened was that they got an IR hit from a satellite of both the Sparrow booster igniting and the subsequent Arrow launch: the two "ballistic" launches.

Not the answer you're looking for? Browse other questions tagged military mathematics radio russia physics .

8
Were two ballistic missiles fired from Spain towards Syria?

28
Is there any data on how efficient Tesla wireless power transmission was?
8
Were two ballistic missiles fired from Spain towards Syria?
49
Was Paul Manafort exonerated for the crimes he’s now charged with?
7
Was the debris of a missile presented by India authentic?
5
Was Koenigsberg area given to the USSR for 50-year administration rather than permanently?