Did this building cause carpet to burn and cars to melt?

The BBC reports that a building with curved glass in London appears to have caused damage nearby as a result of the architecture focusing the sun's rays. 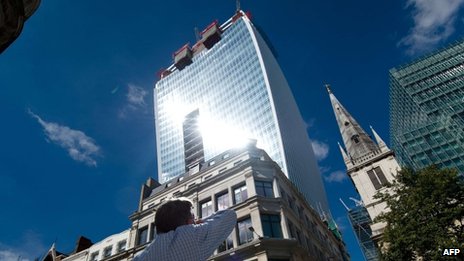 Seems plausible enough to me, but is this true?

An aside: this made me think of Charles Dryfus' threat to destroy the world in The Pink Panther Strikes Again (because the doomsday weapon was powered by the sun, IIRC): 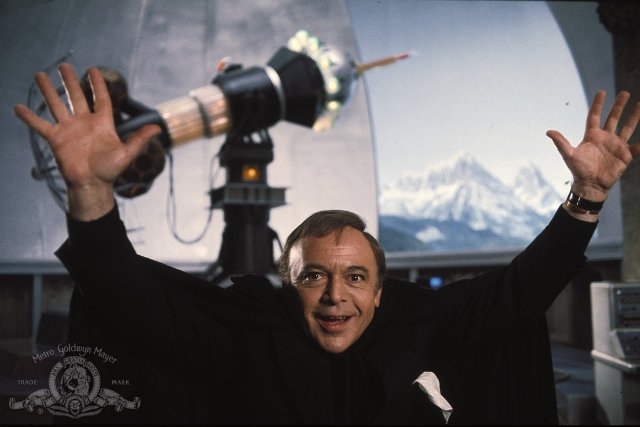 Yes, the story has been confirmed by many reliable sources and the developers have taken responsibility.

This story from the BBC explains how:

It's like starting a fire with a parabolic mirror. 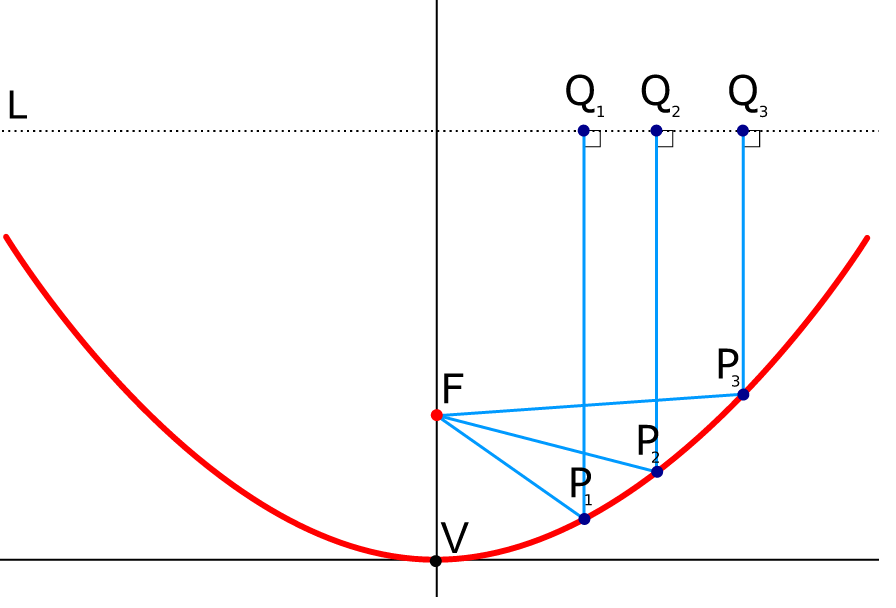 The location of the focal point, F, depends on the curvature of the parabola. A shallow curve, like that of the building, places the focal point further away from the mirror.

The Guardian mentions that same architect's work has done this before, in Las Vegas:

it has happened before – in a project by the very same architect... they realised this special glass was in fact burning their guests as they lounged by the swimming pool beneath the soaring mirrored facades

A skyscraper whose reflected rays have the power to melt cars...

And, the developers have taken responsibility:

Canary Wharf Construction and Land Securities have been very good and agreed to pay for the damage, and accept that there is an issue which they will resolve.

Not the answer you're looking for? Browse other questions tagged physics united-kingdom architecture .

21
Did Robin Hood exist and get buried here?
14
Will melting icecaps and glaciers cause the ocean to rise?
15
Did January 2014 American snowfall char and burn when exposed to fire?
15
Did Benjamin Franklin almost cause a war between England and France over a hoax letter to a London newspaper?
2
Did Tony Benn say this about "the establishment"?
14
Did unit confusion lead to a house with enormous doors and windows in Ypres, Belgium?
71
Is this photo of Jeremy Corbyn and caption accurate?
6
Is this comparison of Carol Irving and David Laws MP accurate?
8
Did the former prime minister of UK say this about the Koran?
13
Does the UK provide 50% of EU's waters? And does this imply anything about fishing rights?