Did 9/11 lead to many deaths due to car accidents “dwarfing” the attacks themselves?

In the months after 9/11, so many people chose to drive instead of fly that the resulting deaths dwarfed the deaths from the terrorist attack itself, because cars are much more dangerous than airplanes.

—Our Newfound Fear of Risk

Is this backed up by hard data anywhere?

According to a 2005 report from National Highway Traffic Safety Administration (NHTSA): 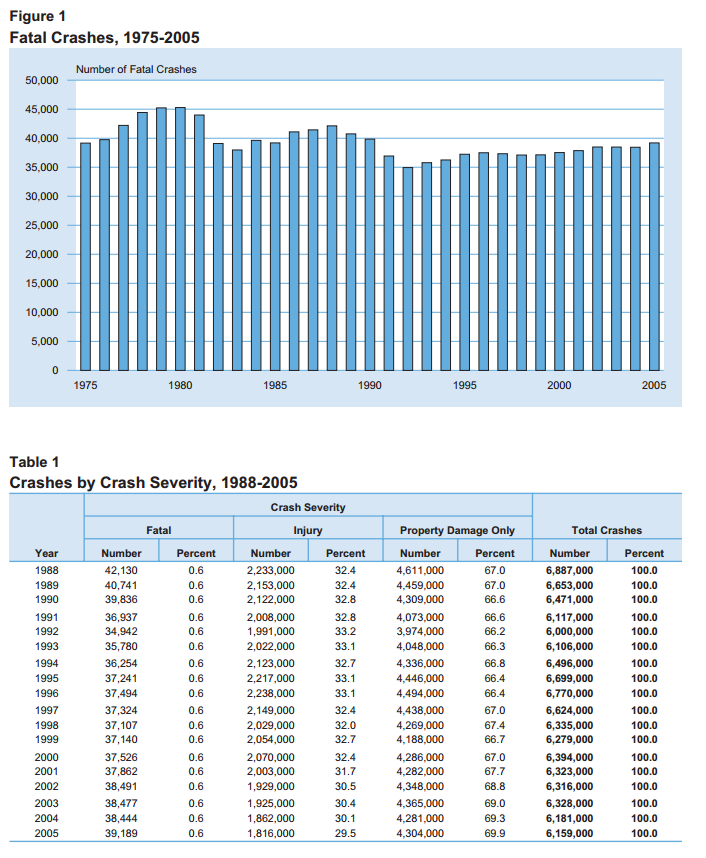 The number of billions of miles driven and the number of fatalities on US roads increased slowly [data from Table 1 and Table 2]:

Compare that to the number of casualties in the 9/11 attacks which is generally placed just shy of 3,000.

Examining the graph, the trend for increasing fatalities extends further back than 2001. Even as fatality rates per mile travelled has improved, the distances travelled has increased.

To convince myself there wasn't a spike in the distance travelled data that i wasn't seeing in the column of numbers, I plotted it: 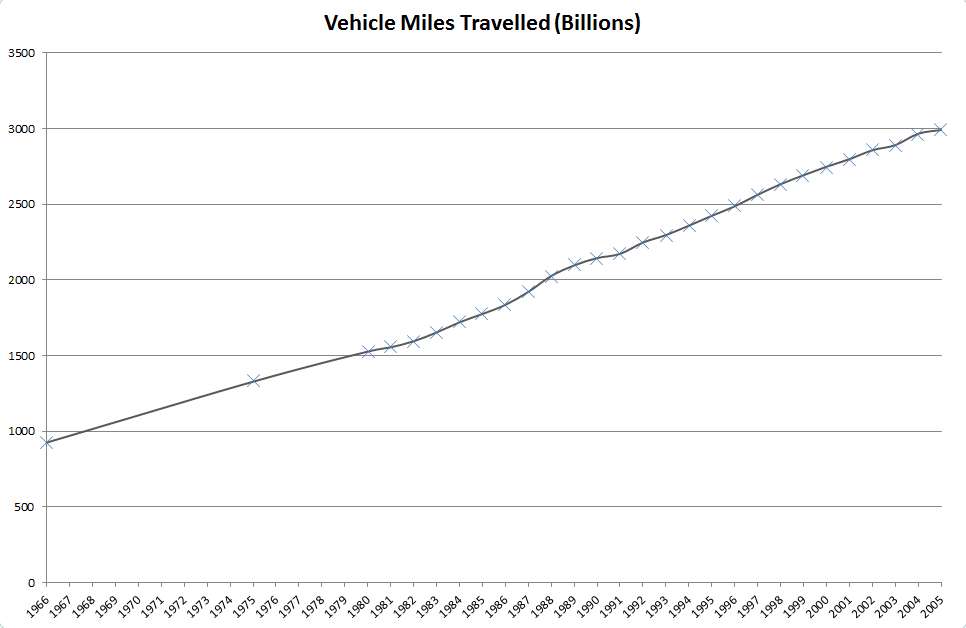 I didn't perform any advanced statistical analysis on this - it was sufficient to persuade me that there was no noticeable spike after 2001.

Not the answer you're looking for? Browse other questions tagged united-states road-vehicles 9-11 .

8
Seat belts in cars save the lives of occupants in cars, but do they lead to lower deaths for all road users?
11
Did Osama Bin Laden immediately deny involvement in the 9/11 attacks?
7
Deaths due to firearms in the US since Civil War
18
Is widespread adoption of the electric car unlikely due to lithium scarcity?
5
Did Khalid Sheik Mohammed claim that Bush's actions prevented a second wave of attacks against the US?
6
Did more Vietnam vets kill themselves after the war?
14
Is the apparent drop in insect deaths on windshields due to a decline in insect populations?