Was an air hostess electrocuted by her iPhone 5

Several Chinese news sources are reporting that at some time in the last 24 hours an air hostess was electrocuted when she was talking on her iPhone 5 at the same time it was charging.

English version now in Reuters story linked in update below.

UPDATE: Reuters is now claiming that Apple has stated that it will investigate the claims made. source

Was an air hostess electrocuted by her iPhone 5

No, she was electrocuted by her cheap Chinese charger.

A Chinese woman was electrocuted whilst holding an iPhone. However ... 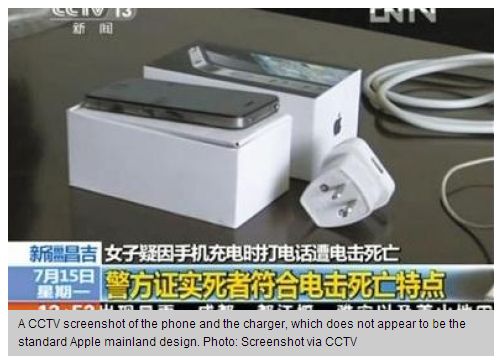 The moral here is

There are reports in English language news media of an allegation that a Chinese woman was electrocuted whilst using an iPhone connected to a charger.

It may be that these early reports are all based on a single initial Xinhua report.

According to a CNN report - "The family told @Stewardess network that she had left a bath to answer a call."

So far there has been no report of a police statement or coroner's verdict confirming the details of the allegation - that I can find.

Police in Changji, Xinjiang Uyghur Autonomous Region, where the victim and her family reside, confirmed with the Global Times on Sunday that they have received reports from the victim's family and started an investigation, but declined to disclose further details.

According to a BBC report

News agency Xinhua has confirmed police are investigating the death of Ma Ailun in the north-western city of Xinjiang. But it said they had not verified if a mobile phone was the cause.

The BBC report, referred to above, says

Xinhua said the China Consumers Associations had previously reported a man had been killed in 2010 while making a phone call using a handset connected to the mains with an unauthorised charger.

A teardown of a fake charger shows why these can be dangerous. As pointed out by Rob in a comment below 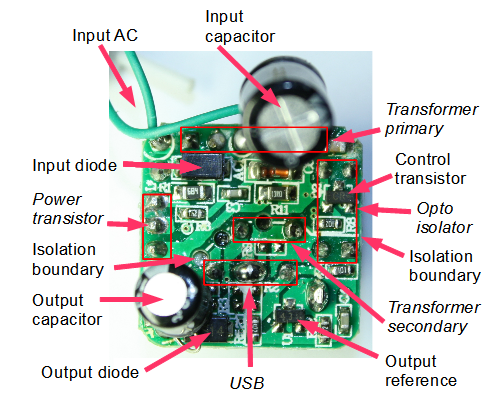 Not the answer you're looking for? Browse other questions tagged mortality apple-inc .

13
Did Apple steal trademarks like iPad, iOS and iPhone from other companies?
23
Did Hedviga Golik sit dead and undiscovered for 42 years in front of her TV?
56
A century ago, was giving birth a major cause of death?
2
Was Fred Hampton murdered?
21
Was 2016 the Deadliest year for the LGBTQ community?
81
Was an elderly woman forcibly euthanized in the Netherlands?
5
Was iOS twice as memory-efficient as Android?