It is perceived wisdom that vertical stripes on clothing make a person look thinner and horizontal stripes make them look fatter.

Has any research been done into these optical illusions that support either of the claims?

The basis for this is the Helmholtz-Square Illusion: 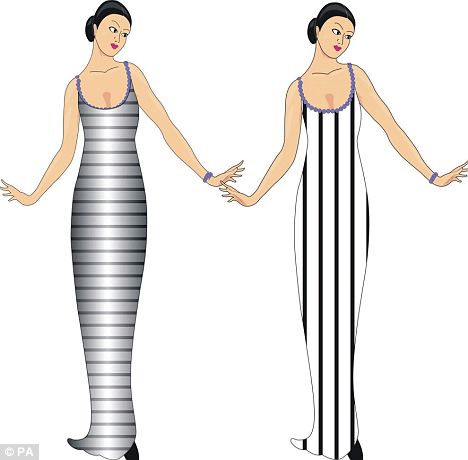 While it is uncertain when the idea that horizontal stripes are fattening took hold, the opposite - and now apparently correct - view was documented 150 years ago. German physiologist Hermann von Helmholtz noted in his 1867 Handbook of Physiological Optics that 'ladies' frocks with cross stripes on them make the figure look taller'.

Not the answer you're looking for? Browse other questions tagged clothing optical-illusions .

21
Is sun protection clothing a real alternative to sunscreen?
17
Can you put a gag in someone's mouth to prevent them from talking?
11
Were feasting caterpillars used to make very light veils, as reported by Charles Babbage?