Can satellite jamming by Iranian authorities cause medical side effects on the Iranians health?

According to the article satellite jamming in Iran, a war over airwaves:

Satellite jamming is a form of censorship akin to Internet censorship, whereby the Iranian government prohibits access to and inhibits the free flow of information. Referred to as ‘intentional interference’ in technical literature, satellite jamming is a violation of Article 15 of the Radio Regulations of the International Telecommunications Union. 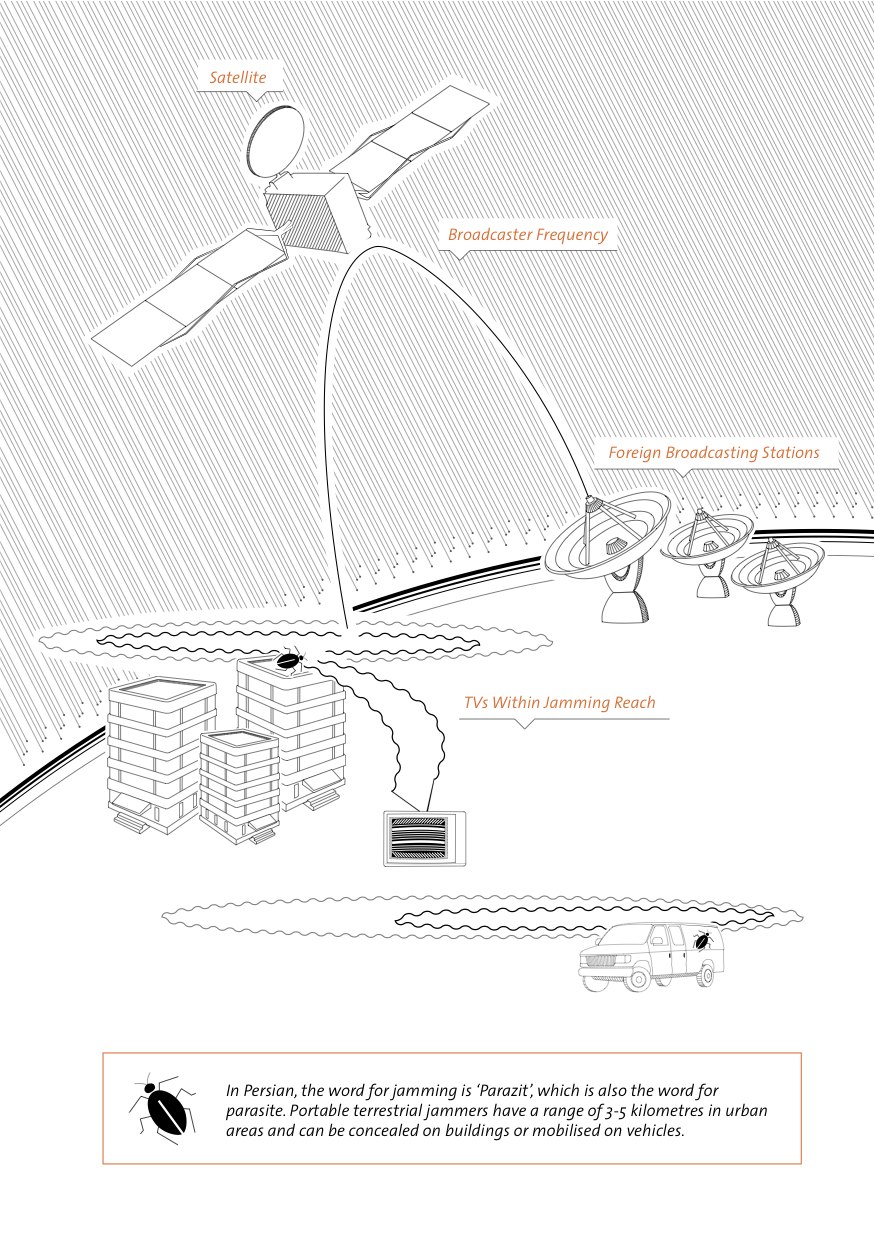 Anecdotal evidence claims that some Iranians are feeling the effects of jamming. As an article published in the reformist newspaper Mardom Salari in 2009 stated:

While no officials are responding to questions posed about satellite jamming, civilians are suffering from the negative health impacts caused by jamming: dizziness, chronic deafness, different kinds of cancer such as skin cancer, blood cancer, and marrow cancer. These interfering signals can also impact human hormones and lead to infertility for both men and women.41

Is there any research about a similar matter in the other parts of the world to prove these kinds of waves can effect on health and cause disease?

The jammers described in your source, are standard ones manufactured by Chinese manufacturer WLT

Established in 2002 with Chinese government shareholdings, WLT is a high-tech Chinese manufacturer and exporter that specialises in security and ‘protection projects’. http://tiny.cc/nr4zmw

The offer 3 types of satellite jammers, C-band, Ku -band and dual C- & Ku-band. The dual-band one is most powerful of the 3. It's output is:

If low-intensity microwave radiation causes any health problems is an open issue. It has been addressed here for example in this question: Are WiFi waves harmful?

There are studies suggesting biological effects beyond thermal effect. See for example: Biological Effects of Microwaves and Mobile Telephony, however later studies did not confirm that, rather the opposite, found this to be nocebo effect (for example: Does Short-Term Exposure to Mobile Phone Base Station Signals Increase Symptoms in Individuals Who Report Sensitivity to Electromagnetic Fields? A Double-Blind Randomized Provocation Study)

Two 20W antennas might be a health risk, while standing next to it, just from the thermal effects alone. This kind of output power is in line with typical cell phone tower.

Conclusion: satellite jamming might be unhealthy, but most likely not any more than exposure to cell phone towers. On the other hand, since it's done in secrecy, there is no way of knowing if the placement of antennas conforms to any safety guidelines.

9
Is the ozone in the Sharper Image Air Ionizer unhealthy or can it cause asthma?
7
Can the over-use of energy drinks cause a heart attack?
27
Can blue light from LCD panels cause damage to the eyes?
12
Could Fukushima daiichi cause the health problems suffered by the USS Ronald Reagan crew?
32
Is wheat the cause of numerous, serious health problems?
17
Does a lack of hand-washing by health-care workers cause 100,000 deaths per year in the USA?
17
Can eating human hair cause a blockage in the digestive tract?
15
Is medical error the third leading cause of death in the US?
12
Can pressurized air directed on the skin cause an embolism?