Did a firefighter rescue a cat from a still-burning house?

Firefighter in Denmark rescues cat from burning house.The way he hugs cat and the expressions of cat says it all. 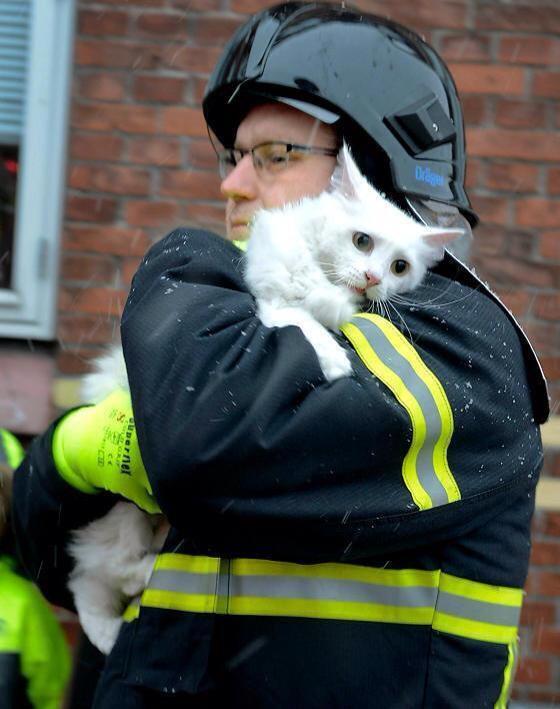 Note: the white stuff is probably snow, not ash.

An image of this was posted to Reddit, and has received at least 1699 upvotes.

There's no news of this incident in English on Google News. (Searched using firefighter cat Denmark)

Kitty Saved from Fire, Happy Reunion cites a reddit commenter mentioning an article from JV.dk. Unfortunately, I can't read Danish, but the sentence mentioning cats is

Did a firefighter rescue cats from a house while it was still burning? Or was it more a case of helping them out after the fire had been extinguished?

I don't have any knowledge of this specific case, but according to the fire official quoted in this article, rescuing animals from burning buildings is a routine part of firefighting practice. I see no particular reason to doubt the present claim.

Not the answer you're looking for? Browse other questions tagged government fire denmark .

18
Did the FBI not require assistance from Apple to unlock the San Bernadino terrorist's phone?
9
Did the US government classify the Whaley House as haunted?