Did Kim Jong-il Score 11 holes in one in golf?

According to this article:

"Reports hailed Kim's 38-under par 34 over 18 holes at the 7,700-yard (7,041m) Pyongyang Golf Course in his first try at golf, a feat watched purportedly by 17 security guards protecting the man hailed as 'Dear Leader'.

Kim, who died on Saturday of a heart attack at age 69, was 52 at the time he purportedly fired a round where birdie was his worst score on any hole."

Is this claim true? It is hard to believe.

According to Josh Sens of Golf.com, it was a score keeping mistake that either North Korean state media or Western media ran with.

Josh Sens wrote an article in 2016 entitled "The Real Story Behind One of the Most Fabled Rounds in Golf". In his story, he details his trip to North Korea to participate in the North Korean Open, where Kim allegedly shot the 38-under 34.

The details were relayed to me five years ago during my own travels in North Korea, where I’d turned up to compete in a tournament. Billed as the national championship, the North Korean Open is more curiosity than cutthroat contest, which is only fitting, given that it’s held at Pyongyang Golf Course, the same layout where the Dear Leader allegedly shot his 34.

Pyongyang Golf Course itself is, notably, the only known golf course in North Korea; it is the only one listed on top100golfcourses.com for North Korea.

Josh Sens, after reaching the course, was able to get the course manager to answer some questions regarding the fabled round.

After some cajoling through an interpreter, he agreed to field a few of my questions. The first was a no-brainer: had he witnessed the Dear Leader’s fabled round?

He chuckled but said nothing, puffing on an unfiltered cigarette.

What about the record-shattering score and those unforgettable five holes in one?

This time, to my surprise, he answered.

Kim, the manager said, was, of course, a staggering golf talent, possessed of an enchantingly rhythmic swing. But even for a player of his abilities, five aces in one round were out of reach. How that stat had entered into the official record was pretty simple, the manager said: The scorekeeper tracking Kim’s round that day had relied on a relative-to-par system, marking down 0 for pars, 1 for bogeys and 2 for double-bogeys.

For those that are unfamiliar with golf scoring, the number that you write down for each hole is the number of strokes that it took to hole the ball. A score of 1 on a typical scorecard represents a hole-in-one. The scoring system used for Kim's round is a very uncommon way of keeping score, as a golfer who shoots par on every hole would shoot a 0, and a PGA tour player would routinely shoot in the negatives.

This article on WikiHow goes into more detail as to how to keep score in Golf.

Unfamiliar with that score keeping shorthand, the North Korean state news agency covering the outing had read the five 1s on Kim’s card as holes-in-one.

Forget the fact that Kim, a rank beginner, probably never sniffed bogey (Ed: one over par) all day. (If you were keeping score for a brutal autocrat, would you dare tell him he’d made nothing but snowmen (Ed: shooting an 8)?)

His alleged aces (Ed: hole-in-one) at least now made a kind of goofy sense: a mundane error had slipped into the official annals, dispatched proudly on the newswires by the North Koreans, only to be snickered at by the rest of the world.

For reference, I found an example scorecard off the internet. 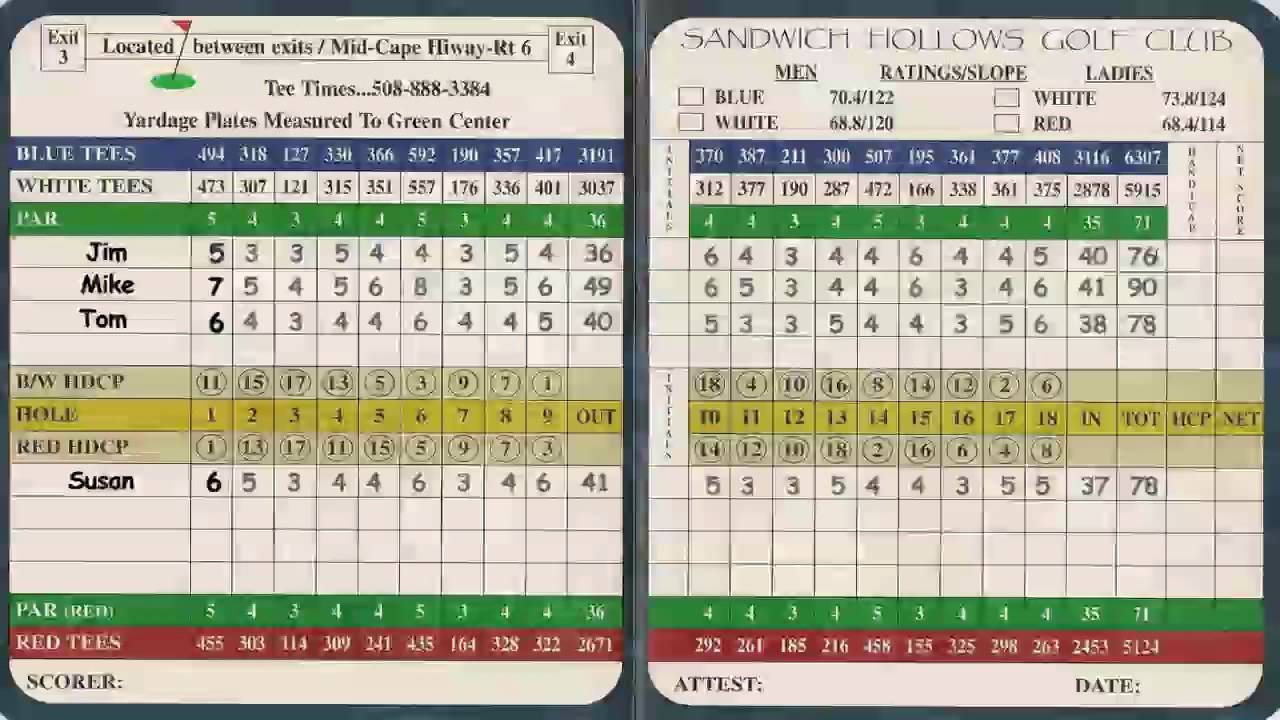 By using the same method of scoring, the four players listed on this card would have beaten Kim's round, some by significant amounts.

Not the answer you're looking for? Browse other questions tagged sport .