Does the South Park episode "Trapped in the Closet" accurately depict the beliefs of Scientology?

The South Park episode Trapped in the Closet contained a dramatized explanation (you can skip the first 50 seconds) of the beliefs of Scientology. The video contains in the bottom the disclaimer:

Yes, it's true. Most of this information is available on Operation Clambake which isn't fully indexed because the Cult of Scientology sued Google. You can download the Xenu leaflet put out by Operation Clambake. Wikipedia also covers the Xenu mythology which is also called the Space Opera (mythological event covered in South Park) and other "Incidents" which is the term used to denote the Cult's doctrinal teaching. The Space Opera is also called "Incident 2".

It's pretty well established at this point to be true. The volcano symbolism is even found in Dianetics, the precursor to Scientology and L Ron commented on it saying saying the cover would "key in" the submerged memories of Incident II: 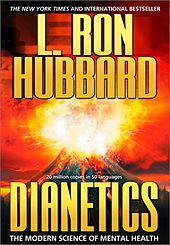 I'd highly suggest you check out both of the sources I've given, Operation Clambake, and the Wikipedia article. They're chock full of information and the mythology is too detailed and the status of the story too intricate to include all of it in this answer.

I agree with what has been said in the other answer. But you have to be a bit careful when you ask about what people believe. If the question in whether of not the story of Lord Xenu is part of what is taught in the Church of Scientology, then answer is yes. But if the question is whether or not all Scientologists believe in the story the answer in no. Of course this can turn into a discussion about what defines Scientology. And when you put a label on any system of belief you will have people putting the label on themselves but disagreeing with parts of what the label covers. The other answer given here seems to ignore this.

There are many anti-Scientology websites out there and one good one is the one pointed out in the other answer: xenu.net.

But as Xenu.net points out one might want to make a distinction between Scientology and the Church of Scientology (CoS) (Some might argue that the C in CoS means Cult). That is, it is actually possible to be "a Scientologist" and not a member of CoS.

It is commonly known that in CoS the whole Lord Xenu thing is something you learn when you reach Operating Thetan level III (OT III). You start the levels after you have gone "Clear". And first one notes that the average Scientologist you meet on the street has not reached this level, so while Lord Xenu is part of the belief system, it is unknown to even many Scientologists. One key thing that sets Scientology apart from, for example, Christinity and the other major world religions, is that the church has secret texts.

Besides Xenu.net and Wikipedia, many high level ex-members of CoS have stated that indeed they came across Lord Xenu when they reached OT 3.

There are other ex-members out there who have made similar statements. It would be hard to argue that all these former high level members would lie about this.

Besides the testamonies from former members, in The Oxford Handbook of New Religious Movements on page 427 the Lord Xenu story is also attributed to "secret Scientology mythology".

Again, be careful with attributing beliefs to Scientology. Take, for example, Mark Rathbun who was the Inspector General for CoS. Rathbun still believes in Scientology, but said in 2012 that he does not believe in the story about Lord Xenu.

(A lot more can be said about this, but I will leave you with this. Also, I will only post this one answer and I hope that (if it is possible) the moderators will delete whatever account I might accidentally have created, but please feel free to keep this answer.)

Not the answer you're looking for? Browse other questions tagged religion scientology .

24
Is atheism the fastest growing "religion" in the history of the United States?