It's widely believed that Nikola Tesla not only demonstrated wireless power transmission but his works in this field were very successful.

Wikipedia only says this

The electric energy transmitted by means of electrostatic induction can be utilized by a receiving device, such as a wireless lamp. Tesla demonstrated the illumination of wireless lamps by energy that was coupled to them through an alternating electric field.

but there's a lot of statements as in here

and there're lots of fanatic claims about Tesla being able to transmit power wirelessly and later generations having lost his achievements.

Now wireless power transfer is possible but the efficiency is rather low. For example, Wikipedia has this statement (not backed up though)

For example, the Magne Charge system employed high-frequency induction to deliver high power at an efficiency of 86% (6.6 kW power delivery from a 7.68 kW power draw).

and Magne Charge charges an electric vehicle via a pad placed inside the slot on the car, so transmitter and receiver coils are very close to each other. Efficiency goes down quickly as distance increases.

Well, okay, let's just agree we've lost Tesla's secrets. Also I realize that if there was a detailed enough description of a machine for efficient wireless transmission of electricity someone would make use of it.

I don't hope to find anything like that. I'd be happy to just find trustworthy evidence of actual fact of transmission taking place with specific (hopefully miles) distance and specific efficiency.

Is there any evidence that Tesla was actually able to transmit power wirelessly with commercially reasonable efficiency?

There's no convincing evidence that he had really discovered a means of transmitting power that could be commercially implemented in the way he envisaged in his "World System".

There's no evidence (that I can find) which proves his system could achieve the 99.5% efficiency he claimed.

By definition, that's impossible to answer, we've also lost Newton's secrets and Edison's secrets. If any. But we know that Tesla's US patent 1119732 for Apparatus for transmitting electrical energy is on public record.

I obtained convincing evidence of the feasibility of wireless power transmission on a vast scale for all industrial purposes.

The chief discovery, which satisfied me thoroughly as to the practicability of my plan, was made in 1899 at Colorado Springs, where I carried on tests with a generator of fifteen hundred kilowatt capacity and ascertained that under certain conditions the current was capable of passing across the entire globe and returning from the antipodes to its origin with undiminished strength. It was a result so unbelievable that the revelation at first almost stunned me. I saw in a flash that by properly organized apparatus at sending and receiving stations, power virtually in unlimited amounts could be conveyed through the earth at any distance, limited only by the physical dimensions of the globe, with an efficiency as high as ninety-nine and one-half per cent.

Nikola Tesla's Colorado Springs Notes were published as a book.

Is there any proof that Tesla was actually able to transmit power wirelessly with commercially reasonable efficiency?

Judging from the number of web-sites that cover this topic, a large number of people have looked for this. None of them seem to have found anything commercially exploitable so far.

Tesla had a lab in Colorado at which he is said to have demonstrated illuminating light bulbs at a distance.

I have not yet found any reliable primary sources for these stories. The reports are brief and certainly contain no data concerning efficiency. 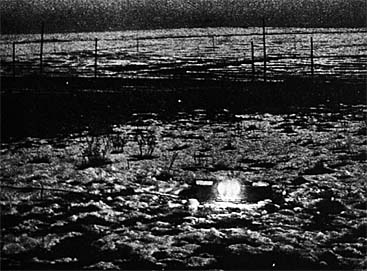 Caption in Century Magazine, June 1900, reads: "The photograph shows three ordinary incandescent lamps lighted to full candle-power by currents induced in a local loop consisting of a single wire forming a square of fifty feet each side, which includes the lamps, and which is at a distance of one hundred feet from the primary circuit energized by the oscillator."

It seems Tesla's focus was on demonstrating feasibility. It seems unlikely he was especially concerned about efficiency at this stage.

Tesla envisaged that his "World System" would be able to transmit power across thousands of miles, point to point, through the earth, with negligible power losses. It would also be able to power aircraft and ships.†

Tesla's backers provided funds for a long-range communication system, but Tesla was mainly interested in demonstrating the feasibility of his "World System" for wireless power distribution.

Since Tesla's Wardenclyffe Tower never became operational, Tesla was unable to demonstrate the system of power transmission he planned for his "World System"

The failure of this project suggests that Tesla was unable to provide his financial backers with convincing proof that the idea was commercially exploitable.

I haven't read much of the Colorado Springs notes, I have the impression that his demonstrations didn't measure efficiency of power transfer.

I believe his "World System" was intended to work on slightly different principles. In a 1927 article Tesla contrasts his system with power transmission by short wave broadcasting.

For all the reasons given above it seems unlikely that Tesla provided experimental results that demonstrated commercial feasibility with the technology of the day. 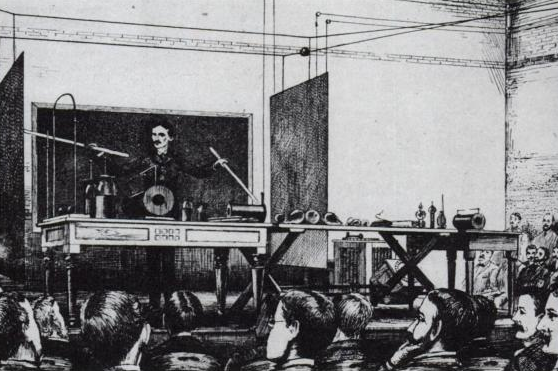 (Tesla wireless power - but not his "World System") 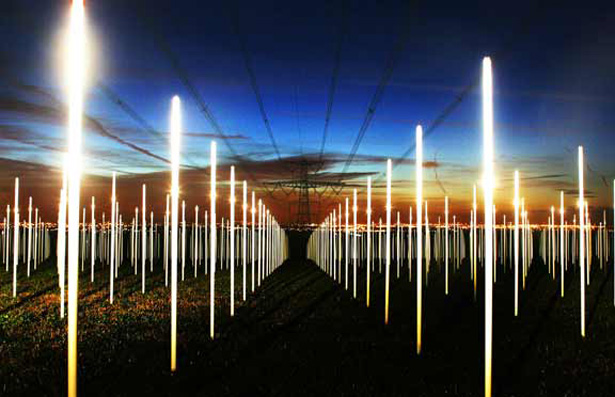 †(Frankly I find his writings and reported interviews somewhat confusing, but I'll try to provide references for this paragraph in a later edit)

Not the answer you're looking for? Browse other questions tagged physics energy nikola-tesla .

46
Did/does the US government keep secret papers by Nikola Tesla?
21
Can you harvest energy from radio transmissions?