Can blue light from LCD panels cause damage to the eyes?

In Japan there is quite a fad about LCD blue light filtering and how they might help reduce eyestrain, etc. The web site of a major computer accessory manufacturer has an English-language press release on iPad blue light filter with a nice graph showing how blue wavelength gets reduced, and has this claim:

Blue light is a color that is also found within natural light. However, its wavelength is extremely close to ultra-violet rays, which are harmful to the eyes and body, and it also has a high amount of energy. Hence, it is said that blue light is able to pass the cornea and crystalline lens of the eye without being absorbed, and can end up reaching the retina, which can cause it to deteriorate. There also concerns that exposure to blue light for long periods of time can have a detrimental effect on the eyes.

Is there any scientific evidence to suggest that "exposure to blue light for long periods of time can have a detrimental effect", specifically at the levels emitted by a typical LCD panel?

There is no evidence that sitting at a computer screen has any effect on the development of age-related macular degeneration or any other retinal problems except for eye straining referring to Dr. Stephen Rose. Patients at risk for age-related macular degeneration who are frequent users of LED computer monitors need to protect their eyes from harmful blue-violet light using blue-blocking lenses.

Comments below are from a roundtable paper from a lens maker called Crizal.

It is unclear what long term effect this increased exposure to short-wavelength light will have on us; but it is certainly cause for further study and for taking some steps to reduce needlessly high exposures to short wavelength light.

In addition, the proliferation of digital screens in use today has caused an increase in our exposure to blue wavelengths. The impact of this increase is potentially concerning, though further studies are warranted.

Blue light has some degree on the circardian rhythm which plays a important role in natural sleep-wake cycles. Research here and here shows that artificial light from computer monitors suppresses the natural release of melatonin during night and reducing the blue content of light at night will reduce (but not eliminate) the effect on the circadian system. However, more research evidence is needed to prove that screens are causing health problems referring to Dr. Richard Hansler.

Melatonin is a natural hormone manufactured from tryptophan by the pineal gland in the brain which plays an important role in the sleep cycle. Melatonin production and release in the brain is related to the time of day since its levels tend to rise in the evening and fall in the morning. Light at night blocks its production.

Melatonin supplements may help some people with certain sleep disorders, including jet lag, sleep problems related to shift work, and delayed sleep phase disorder (one in which people go to bed but can’t fall asleep until hours later), and insomnia. Melatonin supplements appear to be safe when used short-term; less is known about long-term safety.

Research shows that decreases in melatonin production in human and animals are known to be caused by environmental lighting, especially short-wavelength lighting (between 470 and 525 nm). Research by NASA shows neither bright nor dim 555 nm light at night could improve performance to the same extent as blue light. Melatonin effects on sleep patterns and alertness are reported here, here and here.

Ultraviolet (UV) Radiation and Your Eyes:
http://www.allaboutvision.com/sunglasses/spf.htm
The Effects of Blue Light on Ocular Health:
http://www.cclvi.org/contributions/effects1.htm

I think this is a great thread to discuss about whether blue light causes damage to eyes and skins. I also have the same scruple about damage from blue light emitting from LED monitors of computer, tablets, smartphones, etc. because i am working at an internet company and have to sit in front of the computer nearly 12 hrs per day. So i am quite concerned about the negative effect of blue light. i am even considering exchanging my job here.

One day, i happen to know a survey which claimed to have a proof on how blue light does harm to eyes. The below picture shows the truth. 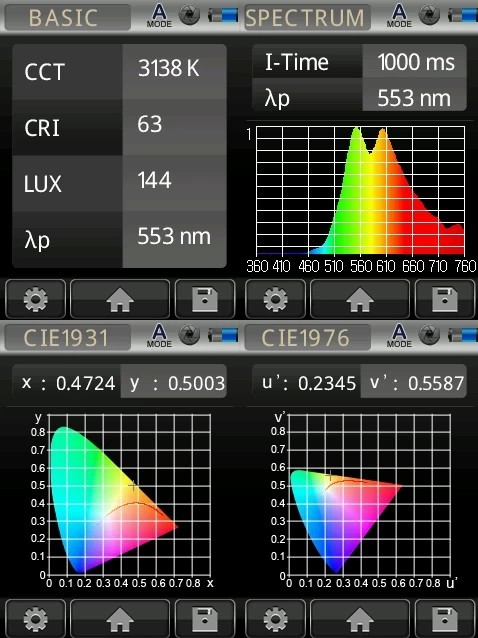 In addition, this is an explain from Wikipedia (http://en.wikipedia.org/wiki/High-energy_visible_light). It said that HEV light whose wave length is from 400 -500 nm will bring great harm to our eyes. Just as was said, HEV light has been implicated as a cause of age-related macular degeneration.

Personally, i think long period exposure to computer, iPhone and iPad, eye strain becomes more and more serious for me. One of my workmate even has eye disease and can't help outflowing tears after a day's work.

After a lot of search, i found several tips to protect our eyes from the blue light harm. Hope i am of help.

Not the answer you're looking for? Browse other questions tagged medical-science computers ophthalmology light .

17
Do LED lights of any colour damage your eyes?
22
Do Gunnar Glasses reduce eye strain?
8
Can blue light therapy contribute to Age-related Macular Degeneration?
3
Does UV-A light from sunlight damage our vision?

16
Do fluorescent lights cause stress?
22
Do Gunnar Glasses reduce eye strain?
17
Do LED lights of any colour damage your eyes?
22
Can reading fine print cause damage to eyes?
5
Are blue lights giving people cancer?