Did the Harvard Museum of Natural History put this label on their display?

This picture is circulating the internet 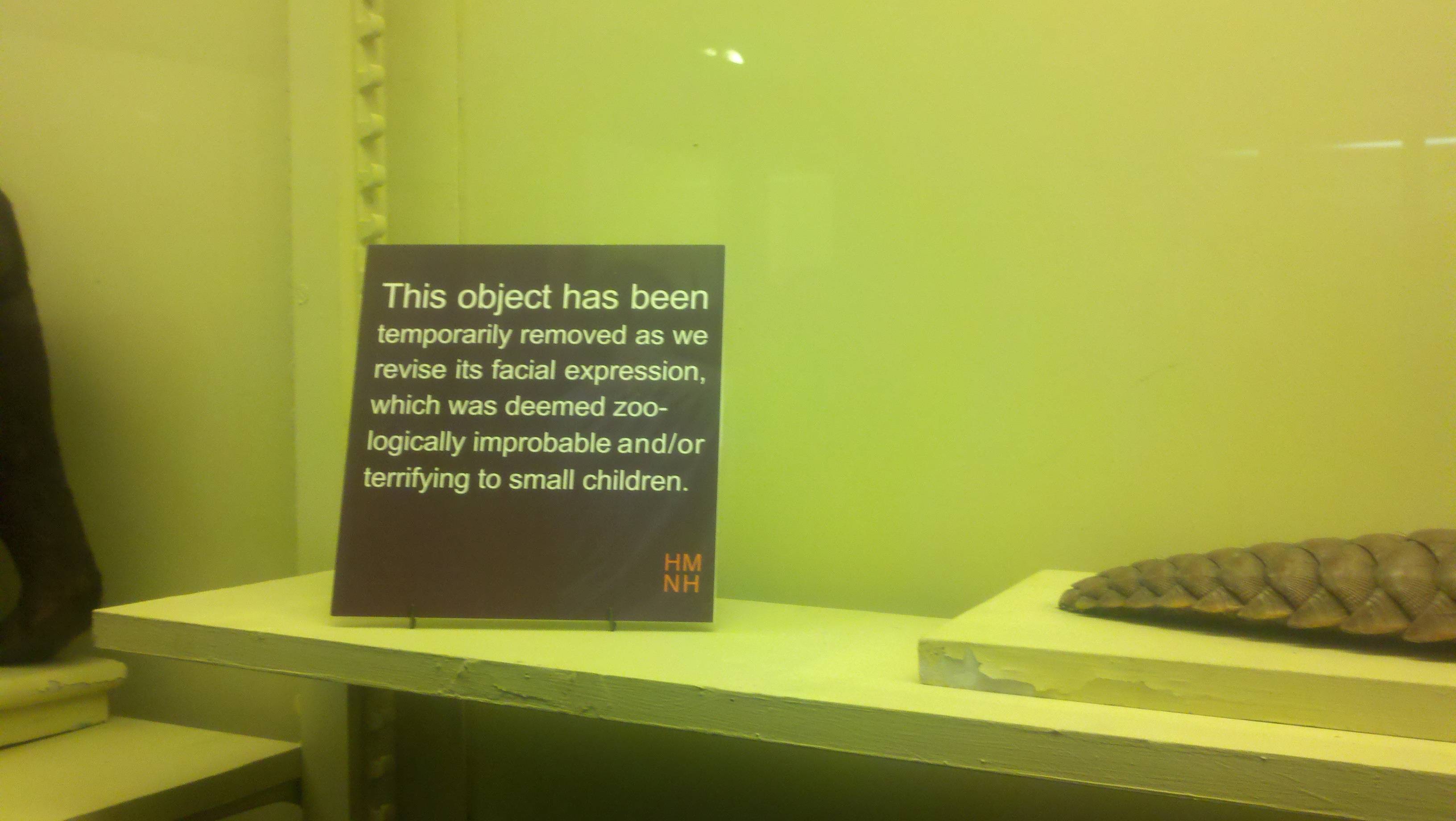 This blog identifies the HMNH label as the Harvard Museum of Natural History. Did they in fact put this label on their display?

Christina Davis and Jen Bervin created a series of them, in conjuction with poets.

In conjunction with "Bizarre Animals" at the Harvard Museum of Natural History, Jen Bervin and I (with the instrumental and ingenious assistance of poets from Harvard and the community at large) created "This Object...." which opened on April 8, 2011. Graphic design by me.

Jo Corbett quotes a personal communication from Blue Magruder, Director of Communications at the Harvard Museum of Natural History (HMNH):

Nothing was moved…there was space next to the Pangolin in the Asia gallery. That sign was written by a poet as part of an innovative art event at the Harvard Museum of Natural History.
More on the event here: http://www.mixbook.com/photo-books/events/bizarre-animals-2-0-5419059
All best, Blue"

Corbett goes on to give more context:

Other signs in the art event included "This object was voted off the island" and "This object has been temporarily consumed", the latter placed in the open mouth of a hippopotamus. There were souvenirs to be had too ...eggs with endangered bird species written on them.

I acknowledge Corbett's blog isn't a terribly definitive source. I couldn't find direct confirmation on the HMNH site except that there was a Bizarre Animals event and that Blue Magruder is the Director of Communications and Marketing in their phone book.

Not the answer you're looking for? Browse other questions tagged culture .