There is a persistent stereotype that geeks (let's formally define that as people a couple of standard deviations better than average in math, computers or other related abilities) as a whole have relatively poor language/communication skills, especially compared to other smart people with different talents (e.g. lawyery types). I hope this doesn't need "notability" claim :)

It depends what you mean by communication skills but at least on the level of testable verbal skills the average physics student far outstrips the average psychology or sociology student. 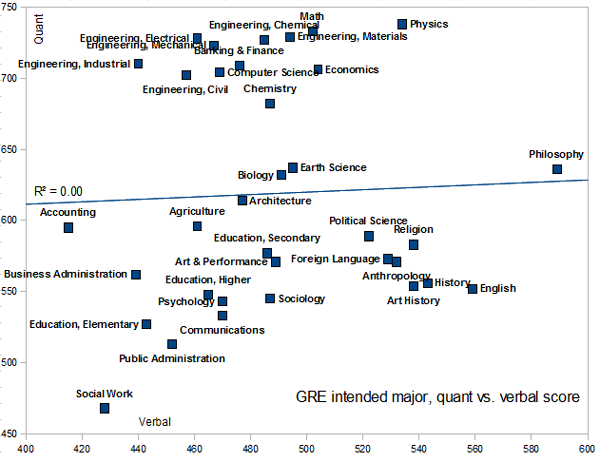 ADHD is associated with problems in both math and peer-relations according to, among others, a Berkeley news report. If there is a common core component to ADHD, one might speculate that numerical working memory capacity and social working memory overlap to some extent. There is evidence for an overlap between these functions in terms of a non-specific neural correlate for working memory: activity in medial frontoparietal cortex decreases with increased working memory loads (see PNAS 2011).

If a single factor underlies both computation and social skills and if the factor can be extrapolated to the normal-cognitive population, it is possible that social and computational capacities depend on a shared cognitive element. However, further research would be needed to support this hypothesis. If this holds true, one would expect mathematicians with greater working memory capacity to be more social.

Not the answer you're looking for? Browse other questions tagged psychology mathematics cognitive-science .