Does every North Korean home have a radio that can't be turned off?

There are many of web-sites with similar claims: 1, 2.

This photo by photographer Eric Lafforgue purports to be an example of such a radio.

Is this true now? Did it used to be true? What sort of messages are/were sent over these radios?

I am not sure if it is technically a radio or rather a speaker. Most areas are not connected to the electricity grid. And I could not find telegraph poles on aereal pictueres yet, so it is interesting how this things work. Perhaps a fixed frequency radio on batteries is included.

Edit: I found this BBC video: http://www.youtube.com/watch?v=ZRuqustZzKM at 1:43 min one can hear the speaker. It seems to be installed in flats in the cities.

Does every North Korean home have a radio ... 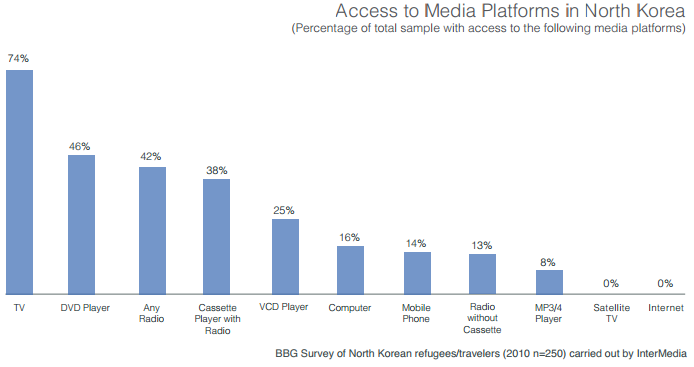 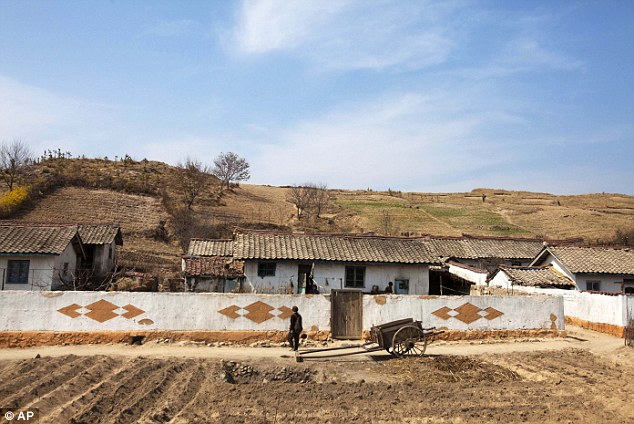 Of course, this doesn't rule out battery-powered radios, but it does support the notion that some N Korean homes might be too poor to own their own radio.

A commenter to the linked photo 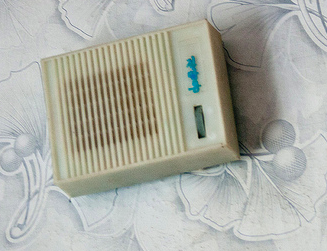 well, In South Korea, those kind of speakers in apartment home only use for public announcement of apartment managing office. but in north korea, government took control to whole apartment....

So, to speculate a little: the pictured N korean home "radio" is probably also not a radio receiver but a loudspeaker for a communal system for relaying announcements. To be of value in emergencies, such loudspeaker units would probably not be equipped with an off-switch.

As pointed out by Oddthinking in a comment below:

All radio frequencies are fixed to the official broadcasting service channels and sealed. If the seal is found broken, the person involved is assumed to be guilty of listening to South Korean or other foreign broadcasting services and is treated as a political prisoner."

It is possible that a reporter has accidentally transformed "can't retune" to "can't turn off".

This might not apply to whatever report included the photo of a wall-mounted "radio" that lacks any obvious off-switch.

It was stated this was the case in a BBC Documentary in North Korea: https://www.youtube.com/watch?v=QSrcLC6Zz54&feature=youtu.be&t=1m46s

This is by no means the answer: There may well, however been a translation error that they do not want to turn it off, instead of being unable to. Perhaps even it is only the case with certain (new?) homes in Pyongyang. Indeed in the documentary the journalist says "every kitchen in the block" rather than "everyone kitchen in North Korea".

It obviously seems unrealistic that such signals could be broadcast throughout North Korea, let alone have the electricity to power these radios.

It is also worth mentioning that North Korean radios are sealed once brought; if the seal is broken you are deemed a political prisoner for trying to listen to South Korea radio. This is apparently checked by random spot checks. This could be used to enforce the rules against turning fitted radios off?

Whilst it wouldn't be practical for all houses to have this propaganda distribution mechanism, a lot certainly could. I am still very sceptical that this is one thing that has literally been taken from Nineteen Eighty Four and attributed to North Korea, maybe in order for a journalist to make the sinister nature of it more obvious.

Not the answer you're looking for? Browse other questions tagged law north-korea .