Can you determine personal characteristics, i.e. helpfulness, work-ethic, good lover, just by looking at a person?

Is there any proof of successful "face reading" technique supported by modern science? This is not about facial expressions, but the actual structures of the face; nose, eyebrows, eyes, lips, and jaws.

Active Oldest Votes
8
Want to improve this post? Add citations from reputable sources by editing the post. Posts with unsourced content may be edited or deleted.

Face reading is considered Pseudoscience and has no accepted modern studies. It has gone in and out of favor over the course of history, with its emergence in Greek society and a resurgence in the 15th and 16th century society in Europe, and is still investigated by few psychologists today.

This study http://personal.lse.ac.uk/Kanazawa/pdfs/I2011.pdf by Satoshi Kanazawa, in 2011 is widely criticized for attempting to link body features of Black women with low physical attractiveness.

Wikipedia on Physiognomy http://en.wikipedia.org/wiki/Physiognomy Articles like the ones linked to in the original question can be considered physiognomy, racist, and unethical, yet these views nonetheless seem to be held by many: "38,000,000 [visitors] can't be wrong" - 2knowmyself.com 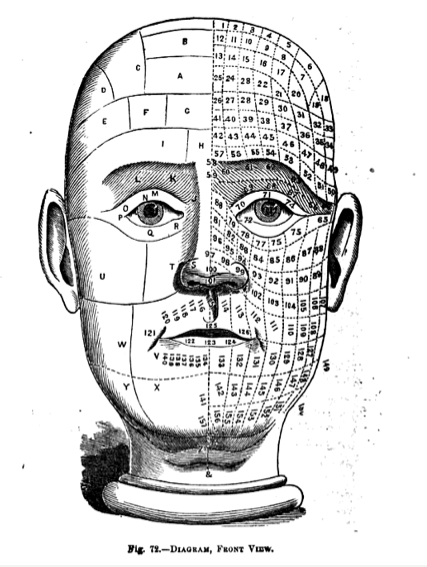 Yes, there is a basis in this. There are correlations between the shape of a person's face, and their personality type.

The practice of using such correlations is known in the law enforcement community as racial profiling.

While the exact scientific definition of race remains unclear and arbitrary, it is clear that there are strong differences between nose-shapes and different races for example.

Further, whether by nature, nurture or both, there are correlations between race and personality. For example, in Table 5 of this paper, a comparison of personality features ("Openness to Experience", etc.) is made for African-American and Caucasian participants.

Community Wiki, because my ulterior goal here is to explain why the original question is poorly formed.

Not the answer you're looking for? Browse other questions tagged psychology alternative-medicine .

47
Is race a discredited scientific concept in biology?
2
Can we tell our origin based on foot phenotype?

9
Does reading about cognitive biases improve reasoning?
2
Can those limited to the left side of their brains only describe the left half of one's face?
4
Is this “facial expression reading” test scientifically reliable?
10
Can reading a word trigger a trauma flashback?
13
Does a “desirable difficulty” in reading font affect memory retention?