In this video (around 9:45 into it), the narrator says one effect of being limited to the left hemisphere of the brain was that, without noticing it, one will lose the ability to describe the right side of someone's face. I don't know what to call such a phenomenon, so I can't find any evidence of this, although [1] looks like a promising place to start.

In the diagram below you can see that the left side of each retina (which, due to inversion by optics of the eye, receives the right side of the field of view) is connected to the left hemisphere of the brain. However you would think that a person with right hemisphere damage could just direct their gaze to bring both sides of the subjects face into view on the left side of their retina.

However the problem is real. See Hemianopsia, Hemispatial Neglect and Fresnel prisms--their value in the rehabilitation of homonymous hemianopsias 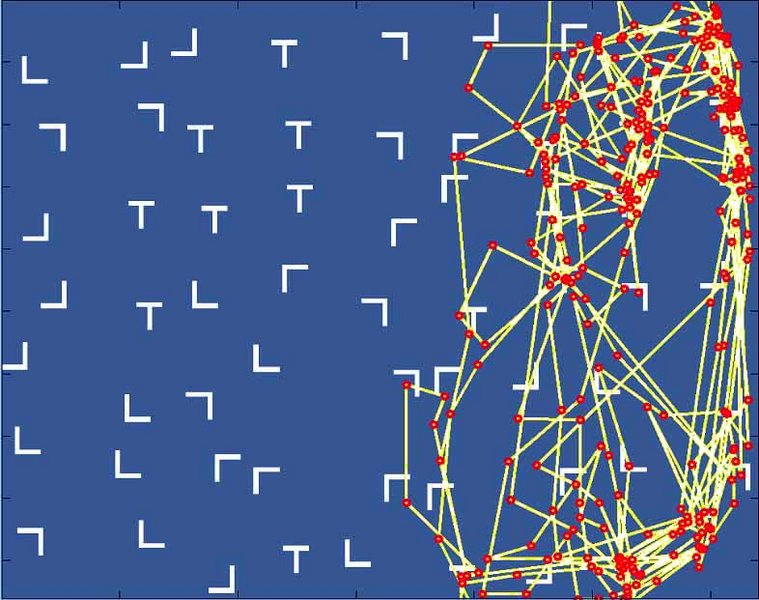 Eye movements during visual search in an individual with left-sided neglect attempting to find letter Ts among Ls. Red dots show fixations and yellow lines depict saccadic eye movements from one fixation to another.

This is a partial answer, I don't know any sources that answer whether damage to one occipital lobe invariably leads to hemispatial neglect.

Not the answer you're looking for? Browse other questions tagged psychology neurology .

35
Can humans influence the outcome of random event generators with their mind?