Does a cell phone emit 1000 times more radiation when its battery is low?

Found this gem on G+: 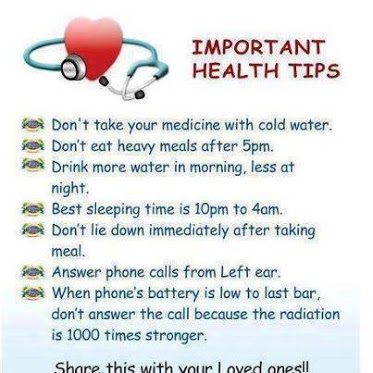 The rest seems all extremely circumstantial except the very last item. The 'radiation' they're talking about, I'm assuming, is electromagnetic radiation - which would be weaker by a low battery, not stronger.

Any evidence showing that cell phones emit more radiation while low on battery (say, below 20%)?

The radiation is 1000 times stronger

According to a Radio-Electronics.com article "GSM Power Control and Power Class" the base station controls handset power output in the range 2-19 which is 39 dBm to 5 dBm.

8 W is certainly more than a thousand times stronger than 3.2 mW.

There is some inconsistency in this information, but if we take 3.2 mW to 2000 mW to be the actual range, a 625 X range is still not too far from the claim.

when phone's battery is low

There is no direct causative link between handset battery charge level and handset transmit power level.

Regardless of battery charge, when you are standing next to a transmission tower your handset is only outputting the minimum power needed to communicate. Not the maximum.

A low battery level may indicate only that you have been playing Angry Birds for too long, or forgot to charge your handset last night and may have absolutely no correlation to current effective distance between handset and base-station.

Whilst a 1000 fold variation in power is of the right order of magnitude, your handset's battery level indicator is not a useful indicator of the amount of "radiation" currently emitted by the handset (in talk mode).

The related claim that radiation from the handset may cause health issues is covered in a number of related questions:

Not the answer you're looking for? Browse other questions tagged environmental-health technology radiation mobile-phones .

88
Do mobile phones have anything to do with brain cancer?
19
Does the presence of a cellphone affect sperm count or heart rate?
16
Do mobile phones cause heart troubles?
20
Is this new study on cell phone / cancer connection legitimate?
11
Does a mobile plugged in to the charger produce more EM radiation?

26
Does home-WiFi expose you to less radiation than using the 3G on your cell-phone?
21
Does recharging a battery when it is only half-way dead decrease its life span?
19
Are train passengers exposed to dangerous levels of cell phone electromagnetic radiation?
16
Do elevators increase radiation from cell phone use?