I have heard, and seen in TV, that many gurus do meditation in the Himalayas, without wearing any garments.

An example is Tummo which is a meditation method from Tibetan Buddhism.

It's been claimed that Tummo is:

a form of Tibetan Buddhist yoga that preserves body temperatures through excessive production of internal heat despite the body’s exposure to extremely cold mountain climates. 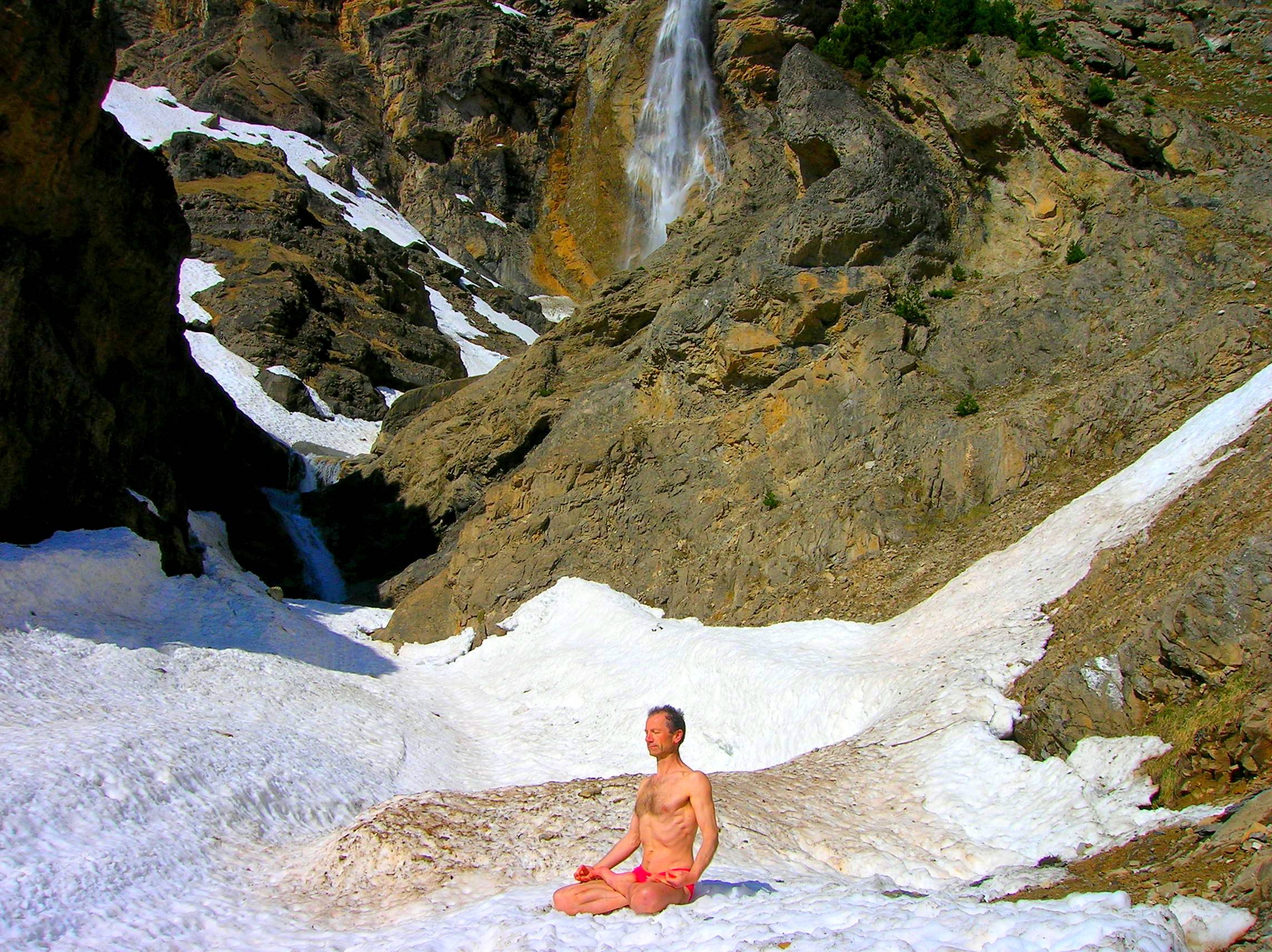 Image, via Wikipedia, is from Spain, but demonstrates the claim.

Now I cannot understand, how do they manage to do this when the temperature is below freezing. If you ask them they would speak about spiritualism. But scientifically is it possible? Do they survive because they know some unknown trick or technique which helps them keep warm?

There seem to be a two studies that tested the ability of practioners of that method and it found that they can substantially influence their body temperature.

Benson et al 1982). Body temperature changes during the practice of g Tum-mo (heat) yoga. Nature, 295, 234-236. : We report here that in a study performed there in February 1981, we found that these subjects exhibit the capacity to increase the temperature of their fingers and toes by as much as 8.3°

Cromie 2002: In a monastery in northern India, thinly clad Tibetan monks sat quietly in a room where the temperature was a chilly 40 degrees Fahrenheit. Using a yoga technique known as g Tum-mo, they entered a state of deep meditation. Other monks soaked 3-by-6-foot sheets in cold water (49 degrees) and placed them over the meditators' shoulders. For untrained people, such frigid wrappings would produce uncontrolled shivering.

If body temperatures continue to drop under these conditions, death can result. But it was not long before steam began rising from the sheets. As a result of body heat produced by the monks during meditation, the sheets dried in about an hour.

I personally don't find it surprising that trained monks can produce a lot of heat during meditation. I personally have been able to produce enough warmth during meditation to feel warm without in a room with an open window during winter. At the same time I did freeze with clothes. I didn't even have to do anything to intentionally raise my body temperature. At the time I had less than 250 hours of practice. You don't need any mysterious secrets to produce heat during mediation.

Not the answer you're looking for? Browse other questions tagged physiology meditation .