Does circumcision lead to a net increase in quality of life?

I was recently surprised to learn that many Americans have been circumcised even though their parents had no religious motivation to go through with it. This in strong contrast with my home country where doctors are frequently refuse to perform the procedure even for religious reasons. The number of circumcised men in America is over 50% according a page I found that tracks circumcision rate in the US. 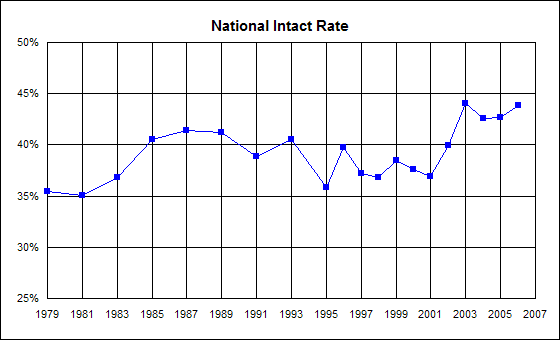 These seem to be primary motivators for circumcision for non-religious reasons:

How much credibility do these have, are there other non-religious motivators and do the benefits really out weight the downsides and the risk of surgery?

There is basically no scientific consensus to support "circumcision would lead to a better life quality". Here's a much bigger article with a slightly different approach and whole lot of different sources while independently coming basically to the same conclusions.

A circumcised penis is not necessarily cleaner nor healthier. That depends mostly on personal hygiene.

Circumcision is a minor surgical procedure and, like all procedures, has potential to cause complications.

There is an ongoing debate about whether circumcision increases or decreases overall likelihood of transmitting disease. For instance, the CDC used to only claim that circumcision reduces the risk that a man will receive HIV from a female partner but perhaps after this claim being disputed by different organizations they now added "However, male circumcision confers only partial protection and should be considered as only one of several other prevention measures".

There are legitimate concerns that circumcision might reduce sexual enjoyment. The corona below the foreskin is more sensitive than the penile sheath (or foreskin) which is removed during circumcision. Supposedly the corona gradually loses sensitivity due to constant contact with other surfaces. After much debate (keeping old link) there still is no consensus on this.

From a social perspective, many US women prefer circumcised men and even demonstrate discomfort around uncircumcised ones. One reason might be the high rate of circumcision. Apparently the US is one of the very few developed countries doing the procedure so prominently, and maybe the biggest in population.

From an ethical perspective, some say it's a human rights issue. Grown men can and should decide for themselves if they'd like to undergo the procedure. Infants have no choice but they are still a big target audience in the US.

Lastly, for the TL;DR; folks, there are at least two celebrity skeptics who spoke out against circumcision: Joshie Berger, in an interview for the SGU; and Penn Jillette on his show Bullshit!. Here's a quote:

"... Suddenly circumcision prevented diseases. Now we find that's bullshit too so the only excuse we have now is conformity."

There is certainly not a clear advantage.

Such widespread circumcision of babies can only be found in the United States and Canada1, out of the G8 countries. All other G8 countries - which have good, equal or better, health care systems with respect to the United States and Canada, do not practice it as a norm, or actively discourage it. They do practice circumcision for more serious (real?) health concerns, obviously.

In Muslim Europe, Africa and Asia, there is a much higher prevalence, but this is due to religious practice and not medical concerns. India and China do not practice it.

All this data is made available by the WHO.

Note that if the debate in the US has settled on "there are pros and cons", in Europe the debate goes from "it is acceptable for 'ritual' reasons" to "it should be banned as genital maiming". It is unclear though whether there are any particular side-effects, besides the unavoidable risks of performing a surgical operation on a baby.

So to answer your question more directly:

1: Only the English speaking provinces of Canada.

The CDC concludes that circumcision does reduce risk of disease based on multiple lab studies and controlled intervention trials, in addition to the statistical research that opponents focus on for "refuting" the evidence.

Without addressing any spurious claims about countries' "superior" health care systems, and avoiding the broadband use of wikipedia and pictures to draw emotic correlative arguments on a topic where real research has been done, it boils down to this:

Research indicates reduced disease risk for circumcised men. The question to be answered then is, do you feel that less risk of disease is synonymous with higher quality of life? Assuming that the "better sex" one can experience with a foreskin is true, then it becomes an individual question of -- Does better sexual enjoyment provide enough quality of life to counter balance the increased risk?

There are some myths about the difficulty or need cleaning, which Medline seems to clear up by saying to wash it like you do everything else. Personally I do not see the difference of three minutes of cleaning either way to be a quality of life concern.

I would recommend the book "Circumcision, and American health fallacy" by Edward Wallerstein, published in 1980. It shows clearly that evidence has always been skewed, misused or misinterpreted to promote circumcision even as the rationale changed. It's a book that explores all the medical evidence used from 1870 to 1980. (1)

There is no such thing as unbiased information about routine infant circumcision. People either promote it or are against it. This is different from medically needed surgeries, even medically needed circumcisions (where it was performed to correct a condition or pathology of the penis).

Those who promote infant circumcision are based on interpreting statistics to suggest benefits while dismissing any discussion of the functions and value of the foreskin.

Those who are against it interpret the statistics as well, but are also based on the discussion of the sexual functions of the foreskin, and also on the ethical value of self-determination. These structures have been documented by John Taylor (1996-1999)(2), and the sexual effects of circumcision have been documented by Sorrells (2007)(3), Frisch (2011)(4), and more recently Bronselaer (2013)(5)

An important point is that there are adults today who wish they had not been circumcised in infancy. This has been documented by Tim Hammond since 1999(6). This is important because circumcision is not essential for prevention as vaccines are, but it is an irreversible procedure that removes structures that cannot be re-generated. In absence of absolute medical necessity, the removal of this tissue in infancy constitutes a violation of that right to self-determination, and an injury that cannot be repaired.

This is important because we don't see patients complaining from life-saving surgeries. The fact that some circumcised men resent that they were subjected to this surgery shows that it shouldn't be someone else's right to alter a person's body.

The fact that we look for "medical benefits" to justify perpetrating that injury shows that there is something wrong in the thought process.

Circumcision has serious risks and harms. Some of the harm is not the result of a risk, but a normal result of the procedure, as has been documented by the Global Survey of Circumcision Harm (2012) http://circumcisionharm.org/

The CDC's site says circumcision on infants is a cost effective way to prevent disease, mainly it speaks about HIV. It does say that the effects of circumcision in homosexual relations is inconclusive, but it does not say the circumcision increases risk. I think this is very strong evidence that circumcision is beneficial.

I might be biased due to what happened with one of my sons, but, yes there is a specific health benefit.

As explained in Circumcision for the prevention of urinary tract infection in boys: a systematic review of randomised trials and observational studies Arch Dis Child (2005) vol. 90 pages 853-858 :

In other words, without being circumcised, there is 8 times the risk of urinary tract infection.

My son wasn't circumcised, got a urinary tract infection, lost most function in one of his kidneys, and then a urologist recommended circumcision, after which he never had another infection.

Generally, as the reference states, UTI risk is not considered sufficient justification for circumcision in the general population, but instead only in boys at high risk of UTI (for example due to Vesicoureteral reflux).

Not the answer you're looking for? Browse other questions tagged medical-science circumcision .

39
Does circumcision reduce HIV risk?
15
Does coffee cause children to grow slower?