Does the combination of red wine and cheese cause bad dreams?

I have only anecdotal evidence to support the aforementioned claim: heard it from several people in my youth and believe to have experienced it myself, but that might be placebo. Some quick googling yields a handful of forum messages and health-related articles warning of cheese alone, but nothing in combination with red wine.

Is there any ingredient in red wine that would hint to the possibility of increasing the cheese's effects? The histamine? Some MAO-inhibitor?

Also, what's going on with the cheese? Is it the tryptamine? Also, which ones are to be avoided? The forums conjured up by google advice against cheddar and similar, the old wives' tales I heard in my young days warned of any kind of mature (i.e., smelly) cheese.

Yes, cheese is high in tryptophan which increases chance of dreaming, and red wine contains alcohol, which is related to causing nightmares

Article called 'Does Cheese Cause Nightmares?'

Does Cheese affect our dreams? The answer is a BIG “yes”. Cheese contains tryptophan – an amino acid which has been found to lower and relieve stress and also acts as a mild sedative that induces sleep. People who eat food high in tryptophan yield a higher dream recollection rate and more vivid dreams.

Clinical research has shown mixed results with respect to tryptophan's effectiveness as a sleep aid, especially in normal patients.[20][21][22] Tryptophan has shown some effectiveness for treatment of a variety of other conditions typically associated with low serotonin levels in the brain.[23] In particular, tryptophan has shown some promise as an antidepressant alone[24] and as an "augmenter" of antidepressant drugs.[24][25] However, the reliability of these clinical trials has been questioned because of lack of formal controls and repeatability.[26][27][28] In addition, tryptophan itself may not be useful in the treatment of depression or other serotonin-dependent moods, but may be useful in understanding the chemical pathways that will give new research directions for pharmaceuticals.2

1g is enough to show effect.

The weight of evidence indicates that L-tryptophan in doses of 1 g or more produces an increase in rated subjective sleepiness and a decrease in sleep latency (time to sleep).

Dr. Servin Díaz notes that when tryptophan is digested through food or beverages, it is converted into the sleep-inducing substances serotonin and melatonin. Together, serotonin and melatonin both help slow down the nervous system, helping the body relax and prepare the body for sleep. People who lack proper sleep suffer from sleepiness, irritability and have shorter attention spans throughout the day.

The effect of tryptophan seems to be fairly well documented. And cheese contains fairly high amounts of tryptophan. This does help to sleep, and tryptophan is remade into melatonin which increases chance of dreaming.

So Tryptophan can be turned into melatonin, which then makes you dream more.

Some supplemental melatonin users report an increase in vivid dreaming. Extremely high doses of melatonin (50 mg) dramatically increased REM sleep time and dream activity in people both with and without narcolepsy.[57] It has been suggested that nonpolar (lipid-soluble) indolic hallucinogenic drugs emulate melatonin activity in the awakened state and that both act on the same areas of the brain.[57]

On to the part about alcohol increasing chance of nightmares.

Paper about alcoholics and nightmare

Summary. - In a sample of 78 female alcohol and drug addicts 24.4% marked True the Item 31("I have nightmares every few nights").

This is for both drug users and alcohol users.

Only 19 women(24.4%) responded True to Item 31. The proportion is similar to that of the proceeding study (2) of male alcoholics(25.6%) and is significant higher than in a representative sample of 147 normal US Midwest women between 30- and 39-yr-old: only 8.2% of the normals indicated having "nightmares every few nights" in respones to Item 31

While alcoholics MIGHT have nightmares of other reasons like post traumatic stress disorder which is a common reason to turn into alcoholics in first place, the number is so much significantly higher, at least as circumstantial evidence it's of interest.

Early Identification of alcohol problems have nightmares as a symptom of high usage of alcohol. 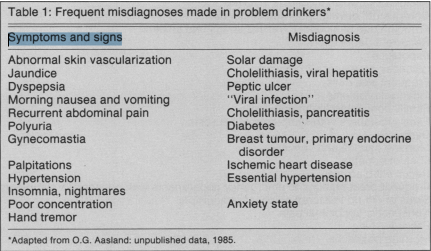 Later on it lists Insomnia and nightmares as indications of alcohol problems.

Alcohol seems to have effect on nightmares, but what about red wine specifically? Red wine will increase risk of nightmares if it's drunk in high amounts, near sleep time, but what about just drinking red wine in moderate amounts?

Except for anecdotal evidence I found nothing proving that.

Not the answer you're looking for? Browse other questions tagged nutrition psychology neurology .

5
Does eating cheese help one to fall asleep or have a sound sleep?
2
Alcohol good or bad?

49
Does the artificial sweetener aspartame cause cancer?
12
Does drinking milk and orange juice together cause digestion problems?
10
Does the color red make you hungrier?
30
Is a glass of red wine a day beneficial for the heart?
14
Does milk cause heart attacks and cancer?
8
Was the combination of yoghurt and honey called "the food of the gods" in ancient Indian records?
20
Does red meat increase the risk of heart disease?
7
Does carrageenan cause gastrointestinal inflammation and higher rates of intestinal lesions, ulcerations, and even malignant tumors in humans?